BOB ABERNETHY, anchor: The number of Muslims in the U.S. is variously estimated at between two and six million — or more. About half are immigrants, and most of the rest, African Americans. We have a profile today of two Caucasian converts who were attracted to Islam when they were living abroad. They spoke with correspondent Bob Faw about why they adopted their new faith. 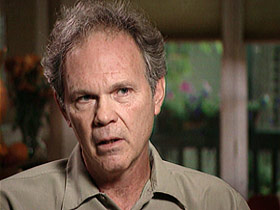 BOB FAW: For some, this is a faith alien, even menacing. But in America, only megachurches are growing faster than mosques. And this religion, say converts, offers something other faiths do not.

Fifty-nine-year-old California author and filmmaker Michael Wolfe was raised in a household which celebrated both Hanukkah and Christmas. Thirty-three-year-old Connecticut housewife and mother Noora Brown was brought up in the Episcopal Church. But for each, those religions fell short.

MICHAEL WOLFE (Author and Filmmaker): There was a spiritual element — an element of compassion for others that I think was missing. It’s a texture that was missing in my life. I can’t really put it into words, but there was something not there.

NOORA BROWN: I was searching for the meaning in life, for the purpose in life.

FAW: They came from two different worlds: his, the turbulent California of the ’60s; hers, the shelter of academia. But each — Noora traveling in the Muslim world on a college semester abroad, and Michael living in North Africa — was struck by the fervor of Muslim friends. They were also, they say, attracted to what they consider Islam’s simplicity. 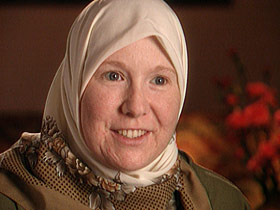 (To Wolfe): Islam, you say, is mostly a matter of the heart. Every person faces God alone. That was appealing?

Mr. WOLFE: The idea that there is the potential for conversation between you and the divine and that it does not require any intermediary, doesn’t require a special building to go to or a special person to talk to. That whole notion is very appealing to me.

Ms. BROWN: There’s no one to excommunicate you or stand in the way. It’s so easy to declare you are a Muslim. You don’t have to take classes; you don’t have to be baptized or confirmed or go through any of that. You just declare that you accept that there is no God but God in front of two witnesses. So it’s really very simple.

FAW: Returning home from her semester in England, Noora began studying Islam and the Qur’an. 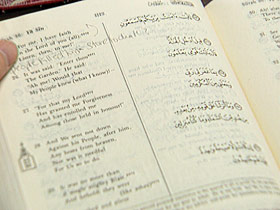 Ms. BROWN: Once I started reading, everything that I read struck a chord deep inside me that this was the truth; for me, that Islam is the true path. I was raised in a certain religious tradition, but I would never have said that I was religious. In fact, I shunned — you know, I would shun any, any religious discipline. I felt it was a burden. But here, I really wanted to follow this tradition.

FAW: For Michael, it took longer. For 20 years he wrestled with various beliefs before becoming a Muslim at age 40. Michael regards his conversion as an addition to his life, not a rejection.

FAW: Making the transition in other ways, especially in the western world, was not so easy. Fasting during the holy month of Ramadan, for example, was tough mentally — and physically.

Mr. WOLFE: The idea of not eating an entire day when I first became a Muslim was intimidating, to say the least — and no drinking water. At that time, I smoked cigarettes as well. So, I was really up against it for Ramadan. 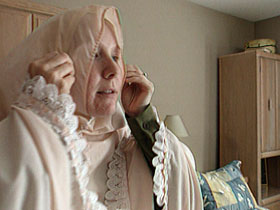 Ms. BROWN: The first day was so difficult. It was probably one of the hardest things that I did. It really hit home why fasting is prescribed: So that you can feel empathy for those who don’t have, and also to be closer — I felt — I never felt so spiritually close to God in my life.

FAW: For Noora, how to dress, how to appear in public, was also difficult. Already a convert when she married Khamis Abu-Hasaballah, a Palestinian, she told him she would not wear a scarf every day, an option exercised by many Muslim women, and he said, “Fine.”

Ms. BROWN: I would look in the mirror and say, “This is — this is not who I am. This is somebody different.” And I wasn’t comfortable. But I came to a point in myself where I felt comfortable, and I identified with the scarf. I feel that this hejab or this scarf is something that we do to identify ourselves as believing women and that you are treated with more respect.

(Putting on Prayer Outfit): This is a prayer outfit that I use when I’m home…

FAW: Some women will undoubtedly find all this — and other restrictions imposed on Muslim women — unnatural, even oppressive. 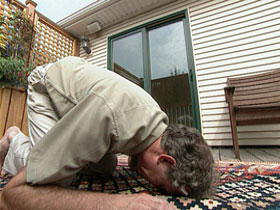 Ms. BROWN: To me, it wasn’t oppressive; because I did it of my own free will, of my own free choice. I think a lot of people are intrigued why women especially would accept this patriarchal tradition, where women are supposed to cover. They have an image that women are supposed to walk 10 feet behind the men. And what I found was, really, liberation in Islam. And when you read the Qur’an, you discover that women have rights. They have rights that they didn’t have here until the eighteenth century.

FAW: Converting to Islam wasn’t just learning how to dress, but also how to pray.

Mr. WOLFE: You clean your face and hands and feet in an expression of a desire to also clean your spirit, to cleanse yourself entirely.

FAW: Cleansing oneself with water, or sand, five times every day — also learning the mechanics, the physical aspects of prayer. Though awkward initially, prayer, the new Muslims agree, brought to each something their earlier faiths did not.

Mr. WOLFE: I like something that I do every day. I like something that has a physical component to it. It’s physical and spiritual at the same time; one bows physically, and you bow internally as well. The prayer requires that I stop so many times a day for a couple of minutes and really check out of my daily, temporal existence, just long enough to remember that there is an element to life which is closer to the absolute, which is closer to a spiritual element in life. 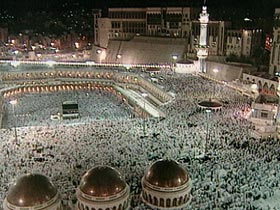 FAW: The routine of prayer, especially its repetition, strengthens belief, they say. And this solitary act with no intermediary, no priestly hierarchy, ironically gives each a sense of community. For Michael, on one of his three pilgrimages to Mecca, the hajj, or at a recent national convention with hundreds of other Muslims in Chicago, it’s a feeling of belonging which neither he nor Noora had experienced before.

Ms. BROWN: I felt at home. I felt at peace and felt that this was part of a community of people from all different nations.

Mr. WOLFE: It has to do with recognizing that we’re a unit here, that people are one. And being in touch with that is a lot of what it’s about to be a Muslim, a lot.

FAW: Before embracing Islam, each had felt an emptiness. Not anymore.

(To Mr. Wolfe): Because you did become a Muslim, are you a different person now?

Mr. WOLFE: Yes, I think so. That texture that was missing so often in my life is there now. I feel it.

Ms. BROWN: It gave me self-respect, dignity that I hadn’t known before. Islam just completely changed my life. I feel happier now. I feel, actually, at peace.

FAW: From a faith so dismissive, then, of western values, so hostile to a society which it believes sanctifies materialism and rewards self-indulgence — for two who were searching, something missing has at last been found.