BOB ABERNETHY, anchor: The religious vote was decisive in President Bush’s reelection this week. Massive get-out-the-vote efforts among evangelical Protestants and conservative Catholics provided the margin of victory for the president. Despite the Democrats’ attempts to reach out to people of faith, experts say an ongoing “religion gap” in American politics was even more pronounced. An analysis of that, coming up. Among all voters, “moral values” edged out terrorism, the economy, and Iraq as the top issue of concern. This was particularly true for evangelicals. Many of them were galvanized by the issue of gay marriage. Voters in 11 states amended their constitutions to ban same-sex marriage. Several of those measures will now face legal challenges. 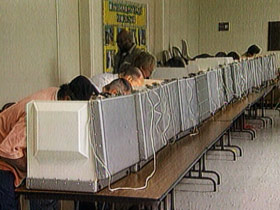 The president’s strong backing from religious conservatives echoed findings last spring in a RELIGION & ETHICS NEWSWEEKLY national survey of American evangelicals. Three quarters of white evangelicals said the country’s moral values are on the wrong track. More than a third ranked moral values as their number one concern.

With us now to analyze the religious vote in the presidential election is John Green, director of the Ray Bliss Center for Applied Politics at the University of Akron in Ohio. He is one of the country’s leading experts on religion and politics. He joins us now by satellite, and Kim Lawton of RELIGION & ETHICS NEWSWEEKLY is also here. John, how would you describe the importance of religious conservatives to the president’s reelection?

Professor JOHN GREEN (Ray C. Bliss Center for Applied Politics, University of Akron): Well, religious conservatives were absolutely critical to President Bush’s reelection last Tuesday. But it was a broader coalition of religious groups. Central to that group were evangelical Protestants, but it also included Catholics, black Protestants, and other groups as well.

ABERNETHY: We have detailed breakdowns of the exit polls conducted on Election Day by Edison Media Research and Mitofsky International. Kim.

KIM LAWTON: John, help us walk through some of those specific groups that you just talked about. And we have the numbers. Let’s take a look first at the white evangelical vote. We have 78 percent of white evangelicals voted for Bush, and 22 percent did vote for Kerry. But when you switch that and look at church attendance, there was another jump. Those who attend church more than once a week — it jumped to 81 percent for George Bush. I know the Republicans made a really big push for evangelicals; there was a lot of grassroots mobilization. They called it the “ground game.” Looks like it was pretty successful, doesn’t it? 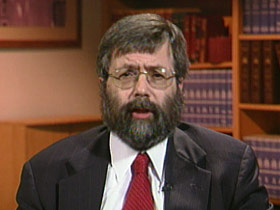 Prof. GREEN: Oh yes, it was. Of course, white evangelicals have been part of the Republican coalition for about 20 years now. But in this very close election, Karl Rove and President Bush wanted to get a very big turnout and a lot of support. And they, by and large, got what they wanted.

LAWTON: Now, word had it that Karl Rove was very unhappy during the last election with evangelical turnout. Did that improve this time around?

Prof. GREEN: You know, we don’t have the final figures on turnout yet. But it really does look like he was successful in urging the evangelicals to turn out in larger numbers, particularly in the swing states like Florida and Ohio.

LAWTON: This was a group that the Kerry campaign had really targeted. Were they successful?

Prof. GREEN: Well, apparently they were. This was one real bright spot for the Kerry campaign among the religious groups. A lot of those regular[ly] attending mainline Protestants have somewhat more liberal theology and care about issues like the environment and poverty, and Senator Kerry was able to reduce the president’s margins among that group and do quite well.

Prof. GREEN: Well, in a very close election, this is a big deal because the president was able to eat into a core Democratic constituency. You know, there were some surveys before the election that suggested that this might happen. And indeed it came to pass. And I suspect it’s because of issues like gay marriage that were strongly emphasized by many black pastors. Sixteen percent of the vote is about twice what President Bush received in 2000. So this was a gain for him.

LAWTON: Let’s look at the Catholic vote. That seemed to be pretty divided. We had 52 percent for Bush, 48 percent for Kerry. Again, among regular Mass attenders, then, the numbers jump even higher for Bush — 58 percent. What did you make of that?

Prof. GREEN: Well, the president not only targeted evangelicals, he targeted Catholics –particularly traditional Catholics — and had some success. Back in 2000, the vote was evenly divided, but Al Gore actually won the Catholic vote as a whole. And President Bush was actually able to reverse that and actually come out ahead among all Catholics. But he did particularly well among regular Mass-attending Catholics.

LAWTON: And one final group — the seculars — those who aren’t affiliated. Kerry got overwhelmingly the majority of that vote: 70 percent. What does that say?

Prof. GREEN: Well, the Democratic Party has relied on secular or nonaffiliated voters for a few elections now. And Senator Kerry did about as well as Al Gore did among that group. But you know, the turnout was much higher. So Senator Kerry was able to benefit by a lot of secular voters turning out and voting on Tuesday.

ABERNETHY: Also with us is Joseph Loconte, a Fellow in Religion and a Free Society at the Heritage Foundation in Washington. Welcome to you, Joe. 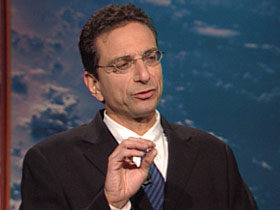 JOSEPH LOCONTE (Fellow, Religion and a Free Society, Heritage Foundation): Thanks for having me.

ABERNETHY: What can we expect in these next four years, based on these election returns?

Mr. LOCONTE: Yeah, well, I think we are going to see, surprisingly — I think we are going to see President Bush govern more like a principled pragmatist than many of his critics are right now assuming. They are assuming that he owes his great debt to his religious, conservative base on certain issues and that he is going to push the cultural agenda forward. But I don’t think that’s really Bush’s governing style, ’cause he has shown real restraint on some of these cultural issues, these hot button cultural issues — stem cell research, for example. He was only kind of pulled into the gay marriage debate, somewhat unwillingly. So I think there is going to be much more of a kind of a principled pragmatism to deal with these issues in the next months and years.

LAWTON: Do you think that the evangelicals, though, are going to want to see that agenda move forward? I’ve heard stories that some of them are already putting the Bush administration on notice: “Hey look, we kept you here. We expect to see some results.”

Mr. LOCONTE: Yeah, well, they are certainly going to want to see the president hold the line on embryonic stem cell research — no federal funding for that. Bush has said plainly in the debates, he’s against federal funding for abortion — he’ll hold the line on that. Let’s take Supreme Court judges, where the cultural issues tend to bubble up so much. Bush’s line here has been that he wants judges who will — who know the difference between their own opinions and settled constitutional law. So I don’t think that Bush is going to bring before the court, for example, a judge who would overturn ROE V. WADE. And Bush himself has said he doesn’t think the country is ready for that. So, certainly, Bush is going to hold the line on some of these issues, but I think be very, very cautious about trying to push the cultural agenda much further than where a general consensus of the country is. 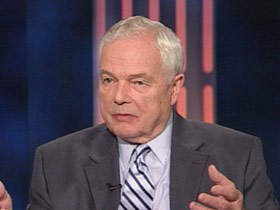 ABERNETHY: I want to ask you and John both about the gap between the seculars on the one hand and very, very devoted, conservative Christians on the other. What do the Democrats have to do if they are ever going to win an election again?

Prof. GREEN: I would tend to agree with Joe on that. I think that the Democrats do need to adjust some of their policies if they want to reduce the worship attendance gap and find a way to get the support of very devout Christians from various backgrounds. But you know, I would disagree a little bit; I think the language of faith is quite important because there are some issues, such as the environment and taking care of the poor, where lots of conservative Christians actually agree with the Democratic Party. But that language needs to pull them in on the basis of their faith values and not just secular arguments. So, in my view, the Democrats need to do both things.

ABERNETHY: Very quickly, John, moral values means different things to different people. Is there any consensus about that?

Prof. GREEN: No, there really isn’t. To conservative Christians the [phrase] “moral values” tends to refer to sexual behavior and issues such as marriage and abortion. To more liberal Christians, secular people, Jews, Muslims, that tends to oftentimes mean social justice questions — poverty, the environment, war and peace. We all think that morality is important, but we can’t agree on what is moral.

ABERNETHY: Many thanks to Kim Lawton, to Joseph Loconte of the Heritage Foundation, and to John Green of the University of Akron.