LUCKY SEVERSON, guest anchor: This week a government advisory committee recommended that 11- and 12-year-old girls be routinely vaccinated against a sexually transmitted virus that causes cervical cancer. Scientists say the vaccine is most effective when it’s administered to girls before they become sexually active. The committee’s recommendations are usually accepted by federal health agencies. But when premarital sex is involved, the recommendations have increasingly been caught between science, politics and religion.

Mary Helen Ramos has cervical cancer. She’s very concerned that her 11-year-old daughter Alexis will get the same disease. 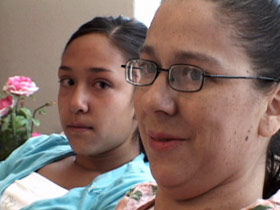 MARY HELEN RAMOS: Having me diagnosed with cervical cancer, of course it raises her chances. And it’s important to me that my daughter is protected.

SEVERSON: But now, thanks to a pharmaceutical breakthrough, Mary Helen no longer needs to worry about her daughter. Recently, the FDA approved a new vaccine that prevents most cervical cancers. Rarely has a new drug received such positive reviews.

SEVERSON: Before becoming an advisor to the CDC, Dr. Reginald Finger was employed by the Christian right organization Focus on the Family.

Dr. REGINALD FINGER (Centers for Disease Control): The studies have shown that there are almost no failures for the vaccine. They’re – they’re doing very well. 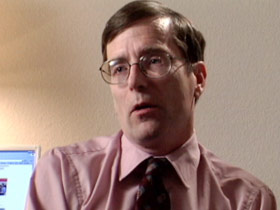 SEVERSON: The drug, called Gardasil, protects women against the most common sexually transmitted disease in the U.S. – the human papillomavirus, also known as HPV. By protecting against HPV infections, the vaccine will in effect prevent 70 percent of cervical cancers. Many in the medical community say the vaccine should be mandatory for all prepubescent girls. They want it required by schools just like vaccinations are now for measles or mumps. But that’s a problem for those in the Christian right, like the Family Research Council’s Peter Sprigg.

PETER SPRIGG (Family Research Council): Well, we would oppose imposing a school mandate with respect to this vaccine. We believe that there is a fundamental principle that parents have the primary responsibility and decision-making power with respect to the health of their children. We would be concerned if this were administered with a message that, “Hey, this is a shot that makes it safe for you to have sex.”

SEVERSON: In public and behind the scenes, the Bush Administration and its core supporters have waged a fierce battle against anything that might counter their abstinence until marriage message. The divide between the religious right and science on this and other issues has caused an unprecedented tension. Over 9,500 scientists, including Nobel Laureates, have signed a statement accusing the Administration of suppressing and misrepresenting scientific information for political purposes. 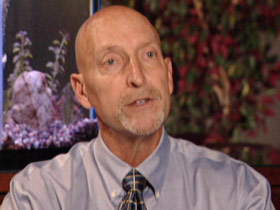 Dr. W. DAVID HAGER (Director of Obstetrics Training, University of Kentucky and Former Advisor, FDA): I would disagree with that, but they’re entitled to their opinion.

SEVERSON: Dr. David Hager is director of obstetrics training at the University of Kentucky and a former advisor to the FDA. He is also a well-known Christian conservative.

Dr. HAGER: They feel that religion and those who espouse religion [are] overwhelming scientific information. I happen to disagree with that. I believe that it’s possible for a person of faith to also be a person of science.

Pastor ED AINSWORTH (talking to class): And I want to tell you something 6th-graders, this is not fear, it’s fact.

SEVERSON: Sex education classes have almost always taught abstinence along with information about contraceptives. Many religious conservatives think the better message is abstinence-only and supporting that. The government this year will spend $182 million on abstinence-only programs. In many schools, it’s the only sex education offered. The message: the only safe sex is no sex. 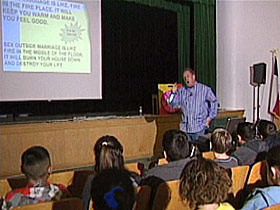 Pastor AINSWORTH (talking to class): …that if you have sex outside marriage, it will cost you.

Dr. FINGER: Well, I feel like abstinence-only is the correct approach for the school-based setting and for the church-based setting in this country. I believe that, all things taken together, the risks of a mixed-approach outweigh the benefits.

SEVERSON: But Dr. Finger’s views on abstinence-only represent those of only a small minority of medical professionals. Francesca Grifo heads the Integrity Program at the Union of Concerned Scientists.

FRANCESCA GRIFO (Integrity Program, Union of Concerned Scientists): One recent study looking at abstinence-only education involved 14,000 teenagers, and out of that study came a very saddening result, which is that, in fact, when we only tell them about abstinence, we end up with more sexual activity rather than less.

Pastor AINSWORTH (talking to class): So is a condom safe sex? No. 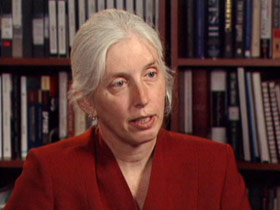 SUSAN WOOD (Former FDA Official): It’s telling young people who don’t have other sources of information that why bother with contraception? It doesn’t work. And those kind of messages, in fact, are dangerous.

SEVERSON: Susan Wood is a former top official at the FDA who accuses the Administration of disregarding scientific and medical evidence.

SEVERSON: An example, she says, was a statement put on the National Cancer Institute Web site in 2002 suggesting a link between breast cancer and women who have abortions.

Ms. WOOD: This caused a bit of a hue and cry, and the National Cancer Institute convened a workshop and quickly put the correct information back up.

SEVERSON: The correct information, she says, is that there is no connection between abortion and breast cancer. But some states, by law, are still publishing the erroneous information.

Ms. WOOD: We have seen the states pass laws which require this inaccurate information to be given to women who are seeking abortions – apparently solely for the purpose of discouraging them from making that decision. 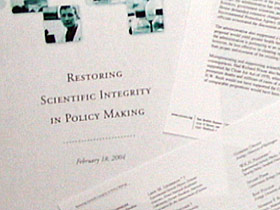 SEVERSON: Susan Wood resigned in protest after the FDA’s decision in 2005 to postpone yet again the over-the-counter sale of Plan B, also known as the morning-after pill, which is effective only if taken within 72 hours. At the time, Dr. Hager was on the advisory committee and was one of three out of 24 on the committee who opposed the sale.

Dr. HAGER: I did not feel that we had adequate information at that time which I had requested to let us know what the effect on younger adolescents, adolescents in general, would be as far as access to medical care if Plan B went over the counter.

SEVERSON: Plan B has been legally available by prescription in the U.S. since 1999. Over the years, each panel investigating its safety and effectiveness has recommended it be sold over the counter, just as it’s been in Europe for many years. Each time the recommendation has not been acted upon, which is highly unusual.

Ms. WOOD: What’s really important to remember in the case of Plan B emergency contraception is there’s really no safety question.

SEVERSON: The science versus religion debate has also become personal. The letter signed by almost 10,000 scientists accuses the religious right of putting out information that is deliberately misleading. Some on the right, such as Dr. David Hager, charge that religious faith is under attack. 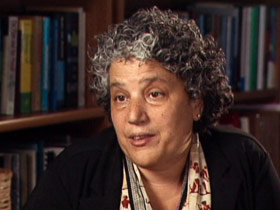 Dr. HAGER: Oh, I think that there is a battle between people who are people of faith and those who are not. I think there’s an attempt to discredit anyone who has faith and also indicates that they are a person of science or even intelligent.

Ms. GRIFO: When we take a lot of different information from a lot of different places and put it out into the policy arena, that’s a great thing. That’s part of democracy. But when we use science, we want to make sure that that science is, in fact, unaltered, unadulterated, uncensored, unmanipulated, not politicized.

Dr. FINGER: This is an example of values, science and politics all interacting to make policy. I think it’s a healthy process. This is America.

ALEXIS: I just take care of her – whatever she needs. If she needs anything for me to do, I’ll do it for her. I don’t mind.

SEVERSON: She is comforted knowing her daughter Alexis will be inoculated with the HPV drug. In the U. S. alone, it is expected to save 3,000 to 4,000 lives each year.