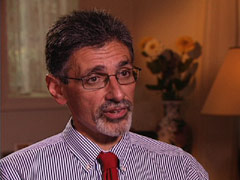 The roots of what is now called socially responsible investing (SRI) are in the religious world. The original funds, called SRI funds, sprung up, I believe, during the Vietnam War era, where people did not want to have their money finance a war that they opposed, so religious investors have always been at the center of the social investing movement. Right now there is a large secular element as well, but taken together I think the social investors play a role as a kind of early warning system for companies. They will go to a company and say have you thought about board diversity? What are you doing about climate change? What’s the content of your soda bottles in terms of recycled content? What are you doing about AIDS in Africa? They are raising a broad range of issues that, in some cases, companies haven’t thought about, and often these issues which begin at the fringes will move to the mainstream.

I think smart companies know that listening is a good skill. Smart CEOs know to listen to people. So when you have your own investors, the owners of your company, show up and basically tell you for free what they think is wrong with your company, if you are a smart CEO — I’m thinking of people like Michael Dell of Dell Computer, people in charge of Coke, and even the folks at Wal-Mart more recently — you will invite those people in and hear what they have to say. Now if what they are asking you to do is not in your business interests, they are not going to do it. Coke is not going to single-handedly solve the AIDS problem in Africa, but if what you are being asked to do is reasonable, and if there’s a business case to be made for it, then I think these investors have the opportunity at least to move companies in a direction that they want to move them in.

I came to believe there was a lot of alignment between what we might think of as sort of spiritual or faith principles and running a good business. The challenge is the alignment tends to be long-term, and too many businesses think short-term. Over time I think doing the right thing is always good business for a company. There is tremendous temptation to cut corners, to make the next quarter’s profits, or to treat people shabbily because you want to cut costs in a hurry. Great companies think long-term. I talked to someone at McDonald’s recently about sustainability. He told me that they only bought fish from oceans that are fished in ways that preserve the fish stocks for the long-term, and even though it costs them a little bit more. I said, “Why are you doing this? Why are you worried about fish?” He said that we want to sell fish 15 to 20 years from now.

The social investors went to Michael Dell 4 or 5 years ago and said, “What are you doing about computers after people don’t want them anymore?” They are ending up in dumps, they have toxic materials, they are going to China and being disassembled under unhealthy conditions.” He essentially said, “I never thought about that.” But then began a process of addressing the issue, and now Dell is taking back all of its computers at no charge. So that whole process began with a visit by socially concerned investors. It’s costing Dell some money to take back some computers. They feel they are getting it back in terms of customer loyalty and employee goodwill…Your employees want to know that you are doing the right thing.

I think [religious investors] evolved to a point where you have to make an argument to a business on business terms. I think in the beginning there was moralizing and preaching and understandable passion over issues like apartheid and the Vietnam War. There is still passion, but now it is grounded in much more of an economic argument and more likely to be effective.

They’ve pushed on the issue of board diversity… It exposes senior executives to more different points of view, if they were simply sitting in a room with people just like them. To say to a CEO put more women, put more minorities on the board because it’s the right thing to do is less effective than saying put more women and minorities on the board because you will learn things from them that will be good and helpful to you as you operate your business.

I think if you are Exxon you view [religious investors] as a pain because they keep coming back year after year and yelling at you about global warming, and if you are Exxon you’ve been resisting for the most part for the last 4 or 5 years. If you are a more progressive company like Starbucks or Dell or even GE, you say let me see what I can learn from these folks; they are the owners of the company, after all. Their influence is much more from their moral standing and the reasonableness of their argument than it is because they own a few hundred shares of the company.

No one wants to be yelled at by a nun or a priest, to start with. It probably brings back memories of Sunday school to some of these CEOs. But, more seriously, CEOs are people, too. So are the board members of these companies. They want to feel not only are they running a successful company, but they are on the side of the angels, so to speak, in society. So if a serious minded group of religious folks comes and says what you are doing in terms of contributing to pollution is bad, there’s a natural tendency to listen, unless you are a totally arrogant person.

I think the efforts of the religious investors and social investors to sort of demonize the military or oppose alcohol or tobacco are not significant; they are not getting very far. I think that’s an area where they haven’t had any impact, for better or worse.

[Religious investors have had success] persuading a company like Nike or Gap to take responsibility for their factories in the developing world. You can make a good argument to a company that not only do you want to protect your reputation understanding how your products are made, but also the chances are if those suppliers treat their workers well, you may have business benefits as well by developing a closer relationship down the supply chain. They have had a huge impact in terms of this broadening of a sense of where a company’s responsibilities begin and end.

Ave Maria Mutual Funds won’t buy stock in a company that makes birth control pills. That, I think, is essentially about allowing their own investors to feel good. More significant, though, is this tactic of shareholder advocacy, where you are going with a broader set of socially acceptable demands or requests and going to a company and seeking change. That is not about your investors feeling good; that’s about bringing real social change. I don’t think Ave Maria can claim that they brought about any social change.

There are some Islamic funds that don’t invest in companies that charge interest because that is against the Qur’an. Ave Maria is explicitly a Catholic fund. They are really following the principles of one denomination. For the most part, religious investors who have had an impact are looking at a broader set of issues that are shared by Protestants, Catholics, Jews and other religious people.

No one has been able to do anything about executive pay. Even the nuns haven’t made a dent. Even the nuns have not shamed the CEOs on the issue of executive pay. I mean, the problem there is bigger than any single investment group can solve. The problem is essentially that corporate governance in America is broken. The boards are self-perpetuating institutions. They don’t directly answer to the shareholders. The shareholders can’t nominate directors for the board, so as a result there is no pressure to bring down CEO pay, or what pressure there is has been really ineffective. No, the religious investors haven’t made a difference there, but nobody else has either.

To the degree that there’s a sort of pacifist strain in the religious investment movement, I don’t think that feels very relevant in a post-Sept. 11 world — the idea that we can live without the defense industry.

I think socially responsible investors are making a real difference in a broad change which really hasn’t been that widely noticed, and that is that companies are taking a very expansive view of their social and environmental responsibilities. We now have McDonald’s worrying about the obesity crisis. We have Coke worrying about what happens to their bottles after they are thrown away. We have Nike worrying about worker conditions in China and Indonesia. Those are all changes that have happened in the last decade or so, and religious investors have played a part in that.

Social investors for years have been pressing the soft drink companies to use more recycled content in their bottles which are made out of petroleum and have an impact on both global warming on the production side and litter on the disposal side. So just the other day Coke said we are going to build a $60 million plant in South Carolina to collect old bottles and make them into new bottles, and Coke has said that eventually they are going to want to make 100 percent of their bottles from recycled material. So you move from saying what happens to the bottle after we make it isn’t our problem to a situation where the companies are saying we will take responsibility for how they are made and even afterwards, when our customers are through with them.

The job of a CEO is to essentially earn money for his shareholders; the job for the religious investors is to show the CEO a way to do that that is consistent with their religious values.

I think there is more cooperation than they used to be, and I think for the religious investors to have an impact both they have to be patient and the companies they are trying to change have to be patient. But, given that patience, I think they can make a real difference — and are.