BOB ABERNETHY, anchor: All over Western Europe, not least in Britain, the traditional majority is struggling to assimilate a fast-growing Muslim minority. Some of the Muslims, especially some of the younger ones, are said to be alienated and militant and, as Saul Gonzales reports from London, that is testing the tolerance of the majority.

SAUL GONZALEZ: In years past, this mosque in London’s Finsbury Park neighborhood was synonymous with extremism. Led by a firebrand cleric, it was a hotbed of Islamic militancy. Those who attended services here included 9/11 co-plotter Zacarias Moussaoui and “shoe bomber” Richard Reid. Worries about the mosque’s role as a center for terrorism became so serious police raided it in 2003, finding weapons and fake passports.

Imam AHMED SAAD (North London Central Mosque): This mosque has been hijacked by some extremists, and it has been dominated by them. 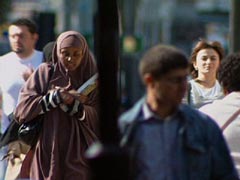 GONZALEZ: Egyptian-born Ahmed Saad is the mosque’s new imam, selected after a reformist board of directors was put into place. A religious moderate, Imam Saad has condemned Islamic extremism and terrorism.

Imam SAAD: You cannot kill people and slaughter them. I believe this is a criminal act that cannot be given any other name except criminal acts.

GONZALEZ: Although Imam Saad is working to change the once fearsome image of this mosque, concerns about Islamic radicalism still run very high in the United Kingdom. That’s because of such incidents as the July 2005 suicide bombings of the London mass transit system. Those attacks, which claimed the lives of 56 people, including the bombers, were carried out by four young British-born-and-raised Muslims. That was followed by this year’s failed terrorist attacks in London and Glasgow’s airport. Such incidents, say many British Muslims, have increased Islamophobia in the U.K. and unfairly placed their entire community and its religion under suspicion.

GONZALEZ: Murad Qureshi is the only Muslim elected official on the London assembly, the city’s governing body.

Mr. QURESHI: There are a very, very small minority with an Islamist agenda, which the bulk of the Muslims of London don’t really have any truck with at all. To taint a whole religious community, from the orthodoxy to those who are more relaxed about their faith, I think, is a real tragedy.

GONZALEZ: However, despite anti-Muslim sentiment, the community has put down deep roots in Britain. Because of immigration from Islamic countries and the relatively high birth rates of native born British Muslims, Islam is now the largest minority religion in the United Kingdom, with more than 1.8 million members. London’s Muslim community is so prominent and diverse some have taken to calling the city the Muslim capital of Western Europe, or, more controversially, “Londonistan.” Take a stroll around some of the city’s neighborhoods, and it’s easy to feel like you’re in the Middle East instead of Europe.

AHMAD AL-DUBAYAN (Director General, London Islamic Cultural Center): I think the Muslim community now in the in the U.K. and in many other European countries — they are already now a part of society.

GONZALEZ: Ahmad al-Dubayan is director general of London’s Islamic Cultural Center. He says as his community grows in Britain, it must keep a balance. 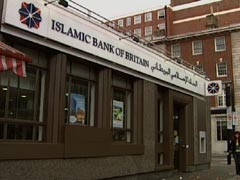 GONZALEZ: However, many Britons are hostile to the idea of a growing Muslim presence in the country, arguing it threatens British values.

DAVID CONWAY (Research Fellow, Center for Social Cohesion): I believe it would be a sad thing were the form of life and society which has been in this country for centuries to cease to be, and I see a real threat in which we just become part of a greater “Eurabia.”

GONZALEZ: David Conway is a research fellow with the Center for Social Cohesion, a conservative London think-tank.

GONZALEZ: (to Mr. Conway): The allegiances of Muslims living in Britain?

Mr. CONWAY: Yeah, or anywhere actually where they are in a minority.

GONZALEZ: Many Britons feel successive governments haven’t done enough to cultivate a sense of common national identity among the country’s religious and ethnic minorities. The result, they say, is a growing number of young Muslim citizens who feel alienated from mainstream British society. Poverty and high unemployment rates among British Muslims increase that alienation.

MUNIRA MIRZA (Sociologist): They are searching for an identity, and they want to belong to something, and I think the greater cultural threat is really in how we deal with that.

GONZALEZ: Sociologist Munira Mirza is a co-author of a recent study that tracked Muslim attitudes in the United Kingdom. Her finding that more than a third of young British Muslims would prefer living under Islamic law sparked a national debate in the U.K.

GONZALEZ: Seventeen-year-old Muhammed Salah, whom we met in a London market, says he’s more religious than his Somali-born parents. Salah expresses his piety in his choice of clothing.

MUHAMMED SALAH (wearing “Soldier of Allah” t-shirt): By the writing it says “Soldier of Allah,” and to me it means, first, I am part of Islam religion. That’s firstly. Secondly, I just want to state that I am Muslim, and I want to show everyone that I am proud of being Islamic, a Muslim boy in London. 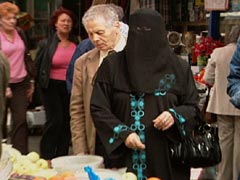 GONZALEZ (to Mr. Salah): Can you understand how some people might get the wrong impression, the wrong message from that?

Mr. SALAH: Yeah, yeah. Obviously people might think I’m a soldier. People come up to me often, but I am not going to do anything. It’s just a shirt that shows I’m Islamic, I’m a Muslim.

Mr. MIRZA: The way in which the authorities treat them, that makes things worse, because it tells them you are different, you are a Muslim. This is your religion. This is your identity, and I think the effect is to reinforce the sense of difference that younger Muslims have.

GONZALEZ: However, some Muslim leaders in Britain actively encourage a separate Islamic identity and dismiss integration.

JAMAL HARWOOD (Member, Executive Committee, Hizb ut-Tahrir): Talking as a Muslim living in Britain, we see the Western secular values day-in and day-out, and we have a great amount of critique of those values.

GONZALEZ: Jamal Harwood, a convert to the Islam, is on the executive committee of Hizb ut-Tahrir, a Muslim political group that some British politicians would like to see banned. Harwood believes Britain, like the rest of the West, has become a deeply immoral and materialistic society whose secular values harm Muslims living in the country.

Mr. HARWOOD: Now, I will accept that there’s also problems in the Muslim community, because unfortunately some of these notions of freedom and liberalism have actually tended to infect the Muslim community as well, so that unrestrained freedom has led towards this type of delinquency and looking out for number one.

GONZALEZ (to Mr. Harwood): You use the word “infect,” like it’s a virus?

Mr. HARWOOD: Individualism is a serious problem, and I think that is a very negative thing, and I think people could learn a lot from Muslims and Muslim society.

GONZALEZ: However, most British Muslims are trying hard to raise families, run businesses, and establish institutions that contribute both to their community and country. At his mosque, once a center of religious extremism, Imam Saad works to show that Muslim and Western values can and must co-exist.

Imam SAAD: What is needed here is the majority, the balanced majority, dealing with the extremist minority, and when we manage to get rid of this extremism, then we will have a very diverse culture that can accommodate, can act as a meeting point for the East and the West.