BOB ABERNETHY, anchor: The Supreme Court ruled this week that all 270 foreign terrorism suspects at Guantanamo have the right under the U.S. Constitution to challenge their detention in federal court. Another High Court decision excepted soon could expand the death penalty. Right now, 36 states permit capital punishment for murder. Should that penalty be extended to those who rape children? Criminologists say people are punished to prevent them from committing another crime, as a deterrent to others, to rehabilitate them and as retribution — revenge. Does revenge for child rape justify execution? Tim O’Brien begins his report from New Orleans, and his story contains some material that may be disturbing.

VOICE OF FEMALE ANCHOR (ABC 26 News 1998 file footage): Today, safety shattered in a quiet neighborhood. A child raped. The teens who did it: on the run. 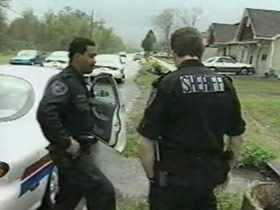 VOICE OF MALE REPORTER (ABC 26 News 1998 file footage): People who live in the Woodmere subdivision are hoping for peace of mind. The thought — a rapist is on the loose…

TIM O’BRIEN: The brutal rape of a small child galvanized this normally tranquil community just outside New Orleans and horrified the neighbors.

UNIDENTIFIED MAN #1: There’s got to be some maniac running around out here.

UNIDENTIFIED WOMAN: I wouldn’t have never thought that someone would live on my street and do something like this.

Sheriff HARRY LEE (Jefferson Parish, Louisiana, during 1998 press conference): I’m in my 18th year as sheriff and I’ve seen a lot of bad things happen, and this is probably the worst.

O’BRIEN: So bad that Jefferson Parish Sheriff Harry Lee put up $5,000 of his own money for information leading to an arrest. In addition to the psychological trauma, the eight-year old girl also suffered severe physical injuries. The city of New Orleans rallied to help, including the New Orleans Saints football team, which launched a fundraising drive to help defray the child’s mounting medical expenses. 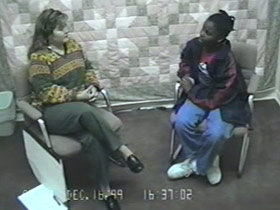 UNIDENTIFIED MAN #2: They made me take my shirt off, and, you know, it’s cold out here, you know?

VOICE OF FEMALE REPORTER: What were they looking for?

O’BRIEN: The victim had told police her attackers were two black teenagers. But the story fell apart, and suspicion began to shift to the child’s stepfather, Patrick Kennedy, who had called co-workers on the morning of the rape seeking advice on how to remove blood from a white carpet. It turned out Kennedy also had been accused, although never convicted, of sexually molesting four foster children in his care. They were removed. His eight-year-old stepdaughter eventually said that it was Kennedy — six-feet-four, 375 pounds — who had raped her and then told her to blame it on the teenagers.

CHILD VICTIM : First, he told me that he was going to make up a story and I better say it.

O’BRIEN: And, she said, it wasn’t the first time Kennedy had sexually molested her. 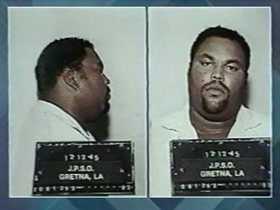 FEMALE INTERVIEWER: Did Patrick Kennedy do something to you just that one day, or did he did he do anything any other times?

CHILD VICTIM : He did more than once. I think five (holds up five fingers).

PROSECUTOR : More than once? You think five?

PROSECUTOR : Okay. Do you remember how old you were the very first time he did something?

CHILD VICTIM : (shakes her head “no”)

O’BRIEN: Three years earlier the Louisiana legislature overwhelmingly passed a law authorizing the death penalty for anyone who rapes a child under the age of 12. The jury agreed unanimously: Patrick Kennedy deserved nothing less. The law was introduced by then state representative Pete Schneider

(to Rep. Pete Schneider): Is this the kind of guy you had in mind when you passed this law?

Representative PETE SCHNEIDER (Former Louisiana State Representative): Absolutely. Someone who would brutally rape a child — and rape is wrong no matter whom it is done to, but in a situation like this I believe the death penalty is the appropriate punishment for the crime. 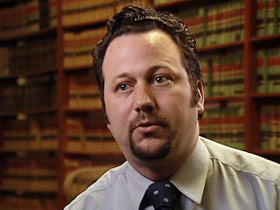 O’BRIEN: Kennedy’s court appointed lawyers disagree and have taken their case to the U.S. Supreme Court, arguing if the death penalty for rape isn’t cruel, it certainly is unusual, violating the Eighth Amendment to the U.S. Constitution.

O’BRIEN: The U.S. Supreme Court, more than 30-years ago, found the death penalty unconstitutional for rape — that death is disproportionate to the crime.

BARBARA WALTERS (Anchor, ABC Evening News, from 1977 file footage): Good evening. Our top stories: The Supreme Court says the crime of rape should not be punishable by death. 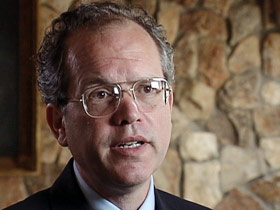 O’BRIEN: But that case involved a 16-year-old married woman. Louisiana contends the rape of a child is much worse and that the Court’s earlier opinion shouldn’t apply when the victim is so young.

O’BRIEN: We may never know to what extent, if any, the death penalty actually deters, but there’s clearly another theory behind this Louisiana law. Call it revenge, or retribution, or a thirst for simple justice which, if left unfulfilled, may encourage others, loved ones, to go out and find it on their own. Sex offenders may be the least likely to be deterred, and their crimes are the most likely to bring retribution. Jeffrey Doucet: suspected of kidnapping and molesting an 11-year-old Baton Rouge boy. When sheriff’s deputies brought Doucet back to Louisiana, the boy’s father, Gary Plauche, was waiting at the Baton Rouge airport with a gun. Believing they could never get a conviction, prosecutors allowed Plauche to plead guilty to manslaughter with a suspended sentence. The state’s attorney general, Buddy Caldwell, says it’s the state that must exact the retribution, not loved ones, and that the Louisiana law makes it less likely they”ll try. 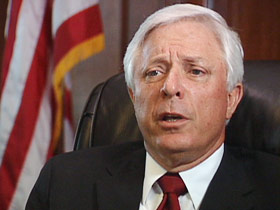 (to Louisiana Attorney General Buddy Caldwell): Even if it doesn’t deter others — that’s an open debate. Bu even if it doesn’t, you say the death penalty in cases like this is justified?

O’BRIEN: Some of your opposition, including the Catholic Church, will quote the Bible and say “vengeance is mine, so sayeth the Lord.”

Mr. CALDWELL : Well, we see a lot of people that don’t have a clue. But I think most people understand, even liberals have children that if they’re raped and mutilated, like in a lot of these cases, they would be for the death penalty, whether they say so or not. It’s always the other guy.

O’BRIEN: It’s a retributive function of the law? 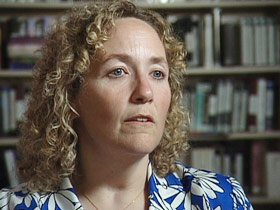 O’BRIEN: Ironically, a number of child advocacy groups are siding with the defendant in this case, telling the Supreme Court the death penalty for child molesters is counterproductive. Judy Benitez, who heads the Louisiana Foundation against Sexual Assault, says Louisiana’s law may discourage children from coming forward and give the molester an incentive to kill his victim.

JUDY BENITEZ: If they’re not facing any harsher punishment for killing the child and raping them, then they are for — and I say this sort of facetiously — for just raping them, you know, the state can’t kill them but once. So what are they going to do? And this way they don’t leave a living witness.

O’BRIEN: Patrick Kennedy’s lawyer says if retribution is the goal, life in prison is retribution enough.

O’BRIEN: Both sides agree the law does make it easier for prosecutors to negotiate a plea agreement with the defendant for life in prison, sparing the child the trauma of having to testify at a trial. The question for the Supreme Court, however, is not whether this is a wise law or even a good law, or whether it even makes any sense at all, only whether it’s such a bad law as to violate the standards of decency of a civilized nation as embodied in the U.S. Bill of Rights.