BOB ABERNETHY, anchor: Religion played a significant role throughout the long campaign and here to help assess that role is RELIGION & ETHICS NEWSWEEKLY managing editor Kim Lawton who led our program’s political coverage, and from Akron, Ohio John Green, a senior fellow at the Pew Forum on Religion & Public Life and director of the Ray C. Bliss Institute at the University of Akron.

John welcome. Let’s get right into it. How did the religious groups vote?

Professor JOHN GREEN (Senior Fellow, Pew Forum on Religion & Public Life and Director, Ray C. Bliss Institute, University of Akron): Well, on his way to a sweeping electoral victory, Barack Obama made gains in almost all of the religious groups. However, he made the largest gains among groups that had been voting Democratic in previous elections. For instance, he made some big gains among black Protestants and among unaffiliated voters. He also made some gains among groups that have been voting Republican, such as white evangelical Protestants. But there the gains were somewhat more modest, for instance, about five percentage points. So Obama got about 26 percent of the white evangelical vote. This varied a little bit from state to state. As you might imagine, in the Deep South it was smaller. But in some of the swing states in the Midwest that were decided by just a handful of votes, Obama came close to getting 30 percent of the white evangelical vote. 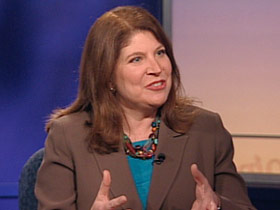 KIM LAWTON (Managing Editor, RELIGION & ETHICS NEWSWEEKLY): And that was really significant, I think, because the Obama campaign targeted white evangelicals, evangelicals in general, in many of these battleground states. His campaign people were at evangelical colleges, and they really saw some openings there. So even though I think that the overall numbers of evangelicals didn’t swing dramatically toward the Democratic side — no one expected that. But in some of those key battleground states, I think it was very interesting that he did make some movement, and, you know, that could have had a real difference in the outcome.

ABERNETHY: John, back to you. People had been — some Democrats had been concerned about Catholic votes and about Jewish votes. How did they do?

Prof. GREEN: Well, Obama actually did quite well among Catholic voters, although white Catholics voted on balance for John McCain. Obama made gains over John Kerry’s vote among white Catholics, particularly in some of the key states like Ohio and Pennsylvania, so some pluses there. There also had been some concern that some of the Jewish community were skeptical about the Obama candidacy, but on election night the exit polls showed him actually picking up votes over the votes that Kerry got in 2004. So some pluses among Catholics and Jews for the Democrats as well.

Ms. LAWTON: Catholics have really become a key swing vote in the elections. They went for George Bush last time by slight majority; now slightly for the Democratic side. So it’ll be interesting to see in the next few years how the parties address that. But clearly Catholics are emerging as a group that’s hard to peg and very important. 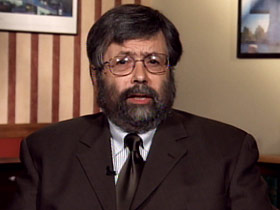 ABERNETHY: And what do each of you say about how this leaves the religious right? Where are they as a power in politics?

Prof. GREEN: Well, the religious right has a mixed assessment coming out of this election. On the one hand, white evangelical voters did stick with John McCain in many parts of the country in a lot of key states. They’re one of the most loyal Republican constituencies. On the other hand, many Republican strategists wonder if some of the concessions made to the religious right in order to attract a high vote from evangelicals may have driven off other key constituencies that Republicans have to have if they’re going to come back in 2012 and win the presidency. So the religious right finds itself where it often is — in the midst of considerable controversy.

ABERNETHY: John, how do you assess the impact of the use of religion in political ads? I’m thinking about the ad in North Carolina, about somebody not being a believer, that kind of thing? Jeremiah Wright?

Prof. GREEN: Well, religion is a very powerful appeal to many Americans, precisely because they take their faith very seriously. But it can often backfire, and some of the examples you mentioned at the minimum didn’t do any good as far as we can tell from the exit polls in the final election results. But they may very well have done some harm. Americans respond very positively to what they see as sincere expressions of faith. But they’re very skeptical of hypocrisy, of intolerance, or what they might perceive as religious exclusiveness. So some of those appeals didn’t work that well in this election.

ABERNETHY: I’m interested in what you both find in these results, as some kind of indication of what to expect in years ahead.

LAWTON: Well the Democrats, for the first time in a long time, put a big, concerted effort in faith-based outreach, and, you know, again religion was also — then became a weapon in some of these contests. But it became a real tool for outreach. It was ultimately successful, and so I would guess that the Democratic Party is going to continue doing that. This is something Republicans seemed to have a lock on in recent years, and so I think that’s one change we will see.

ABERNETHY: John, can you see anything here that tells you something about what’s to come?

Prof. GREEN: Well, you know, despite the changes, the increase of support for the Democrats across the religious spectrum, some of the underlying differences are still there. For instance, by worship attendance the differences between white and black evangelicals, between Catholics and Protestants, are still very evident, only this time the Democrats were able to make those differences work for them. So I think that religion will continue to be a subject of political discourse because both parties will struggle to have an advantage.

ABERNETHY: John Green, many thanks. 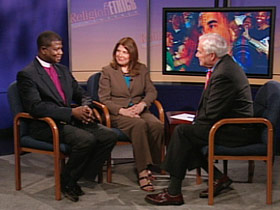 Joining us for more reflection about the implications of Tuesday’s election: Eugene Sutton, bishop of the Episcopal Diocese of Maryland. He’s the first African-American bishop of that diocese. Bishop, welcome.

ABERNETHY: A lot of us have been trying to find words to describe the meaning of Tuesday’s election. What does it mean to you?

Bishop SUTTON: Well, words are difficult to describe significant moments. More than words on our lips, I think we have to see what’s happening on people’s faces and bodies. What it means to me was that I was crying on Tuesday night. My wife and I, sitting there and watching the screen, tears coming down our faces, tears coming down the faces of people such as a woman on my staff who said that she voted this morning, and this older African-American woman just stopped and cried. We see it in the dancing, the crying in that crowd and people all over the world. The words will come later, but right now the meaning of it was something touched deep in their heart after that election.

Ms. LAWTON: It seemed to have touched a deep place not just for African Americans but people of many races as well. I mean, have you see that?

Bishop SUTTON: Yes. Yes, it’s a moment in our nation, but also in the world — a moment, I believe, of redemption, and I like to use that word, meaning opening a door for a new possibility rather than closing the doors of what has happened in the past, and we know about the past history of our nation, of oppression, and of closing doors and building walls. So this was a redemptive moment, I think. I think for people in my generation and older, we look at this as a redemption of the past, all of the work that our forefathers and mothers put in to make sure that we could see a day of a truly multiracial society, where barriers of race and gender and misunderstanding are broken down. That was our redemption. But for my sons and daughter, and for people in the younger generation, it’s a redemption, yes, but of the future. They’re looking forward. They’re looking ahead. 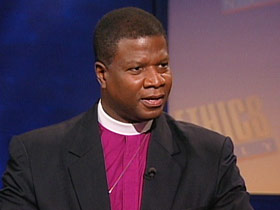 Bishop SUTTON: More opportunity, and also they read the headlines as we do in the newspapers today. We’re reading that output is declining and unemployment rising. Our financial system is on government life-support. Everything is out of whack. In Barack Obama’s election, no matter who we voted for, I think people realize that, you know, he’s giving us a more hopeful future. That’s a redemptive moment.

ABERNETHY: Do you see — several people have spoken to me about this, a sense that we can be better in some way. You know, that somehow those better angels of our nature have been revived and that there’s a possibility that we can behave in different ways?

Bishop SUTTON: Yeah, I think so, Bob. This election at this point — shortly after the results were announced, it no longer became about politics; no longer about Republican, Democrat, liberal, conservative. I think right now everybody knows something extraordinary has happened and is happening now. Around the world, people are looking at America that much more hopefully, and certainly in a different manner. They are seeing that the United States of America can still be a beacon of not only freedom and democracy, but of opportunities, of a vision of society that certainly Jesus had, and all of the great religions, that we can live peacefully. We can reach out to one another, and we don’t have to build these barriers anymore. So yes, it’s no longer about politics. It’s about possibilities at this point.

LAWTON: But, just very briefly, there’s also an acknowledgment in Barack Obama’s acceptance speech that the road ahead is difficult, too. This is not just, you know, the end of everything.

Bishop SUTTON: Well, of course, in that little speech of his, he recalled the great orators of the past, the prophets, including Martin Luther King Jr. and, when he said in that speech that the road will be long and our climb is steep and he says “we may not get there very soon.” But then, in the most extraordinary words that I’ve heard in a generation, he said, “America, I have never been more hopeful than I am tonight that we will get there. I promise you,” he said, “we as a people will get there.”

ABERNETHY: And you agree with that?

ABERNETHY: Eugene Sutton, Episcopal bishop of the Diocese of Maryland.