BOB ABERNETHY, anchor:  Here at home, amid all the losses in the banking and housing worlds, there is one conspicuous exception.  It’s the Islamic practice of doing business without charging or paying interest on a loan.  Throughout the recession so far, Islamic financing has been growing at 10 to 15 percent a year.  Lucky Severson has the story. 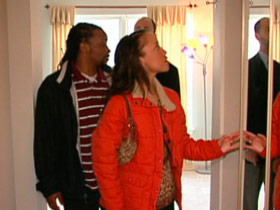 LUCKY SEVERSON:  Not too long ago, it would have been almost impossible for General and Candice Sutton to buy a home without violating their faith. They are both devout Muslims who want to finance their new home by following Islamic law, known as Sharia, which forbids paying interest.

CANDICE SUTTON:  For us, religion and our faith is — we’d like to incorporate it to every means of our life.

GENERAL SUTTON:  Islam is not just a religion — it’s a way of life.  So when you look at a way of life, you have, you know, different ethical things that you should do, should not do not do.  We are not supposed to be paying interest because that’s not in our way of life.

SEVERSON:  Ibrahim Warde is a professor at Tufts Fletcher School of Law and Diplomacy.  He teaches a class that’s increasingly popular on Islamic banking and finance and says it was the Prophet Muhammad, himself a merchant, who condemned the practice of charging or paying interest, called “riba” in Arabic. 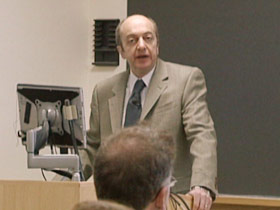 Professor IBRAHIM WARDE (International Business, Tufts Fletcher School of Law and Diplomacy): There used to be a very common practice of “riba,” which was periodic doubling of the interest.  So, in other words, if you owed money and were unable to pay it, then it would have to be doubled and the whole process would end with enslaving the debtor.  So with the advent of Islam, there was an end to that practice.

SEVERSON:  Candice, who is a transportation engineer, and General, a software developer, are looking for a home closer to work and closer to their mosque.  Their real estate agent is Roma Elhabashy, a Muslim himself, who felt guilty about buying his own home through conventional financing.

ROMA ELHABASHY:  I waited for a long time then I made a mistake and bought a house with regular financing and I couldn’t live with it so I actually had to sell the house for that reason.  Taking advantage of someone who needs money by charging them more money doesn’t make sense.

SEVERSON:  He says it’s not just Muslims who are inquiring about Sharia financing.  It’s non-Muslims as well who share General Sutton’s point of view. 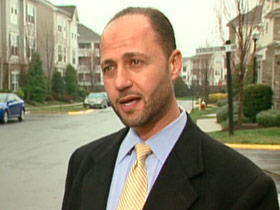 Mr. SUTTON:  A lot of the finance companies who are not taking interest, you know, they don’t seem to be as hurt as much as these other companies.  And, you know it’s all driven by money. So it’s all about greed.  You charge interest, you want more money and that just leads to more things that leads to a bad path.

UNIDENTIFIED LOAN OFFICER (Guidance Residential, talking on phone):  How much of a loan are you looking for?

SEVERSON:  This is Guidance Residential, in Reston, Virginia, one of a growing number of companies catering to Muslim home buyers, by devising ways to finance mortgages without levying interest charges.  Candice and General plan to finance their home through Guidance.

Here’s how it works: Candice and General would make a qualifying down payment and Guidance and the Suttons would then purchase the home as co-owners.  But instead of charging interest, Guidance would assess a monthly tax-deductible fee.  Hussam Qutub, is the Director of Communications for Guidance, which has financed more than 5,000 home purchases since 2002.

HUSSAM QUTUB (Director of Communications, Guidance Residential):  Now, in that monthly payment portion, there are two elements.  One is the acquisition element — acquisition portion of the payment.  And the second is the charge. 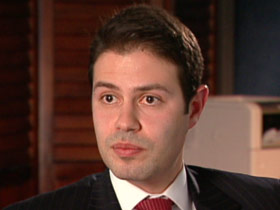 Mr. QUTUB:  The fee.  With every payment the customer is increasing his or her shares in the property and ours are decreasing.  And at the same time, their fee is decreasing because we owning less.

SEVERSON:  Professor Warde says skeptics who argue that the finance fee is really not much different than interest are missing the point.

Prof. WARDE:  The example I typically give is religiously inspired dietary rules, in that if some people don’t want to eat food that is not halal or kosher, then a nutritionist can come to them and say, “Why are you doing that?”  But for these people, for religiously minded people, how the food is prepared is quite significant.

SEVERSON:  There are other significant differences.  For instance, the late fee at Guidance is never more than $50.  Sharia mortgage holders are also less likely to default on their payments.

Prof. WARDE:  If there’s nothing else you could do in terms of paying a debt and you’ve tried to repay it, then the logic of the Sharia is that the loses should be shared by both the borrower and the lender.  But it is definitely a sin to be able to repay and yet not to repay it. 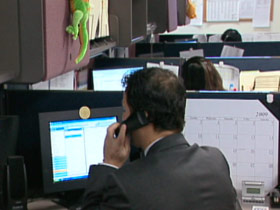 SEVERSON:  But it would also be a sin for Guidance to foreclose on someone without trying to work things out.

Mr. QUTUB:  If for some reason the property value, just as we are seeing today, decrease and we are stuck with proceeds that are not even close to what we are owed on our share, we won’t pursue our partner.  We won’t pursue their savings accounts.  We won’t go after their personal assets.

Prof. WARDE:  One interesting statistic about Muslims in the U.S. is that although they tend to be wealthier than the average American, the rate of home ownership is lower, so most sociologists explain that in terms of some misgivings that Muslims might have about interest-based mortgages.

ZULIKHA HUSSAIN:  I know a lot of friends who were just renting homes and they were not comfortable because of the simple fact that they strongly had this feeling that it’s definitely a sin to do when you are taking interest or even giving back interest. 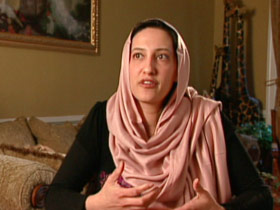 SEVERSON:  When Zulikha Hussain and her husband and four kids were relocated to Northern Virginia, she was aware of Sharia financing but her husband’s company required that the family use conventional mortgage financing.  Zulikha decided to refinance the house the Sharia way so she could perform the fifth pillar of Islam, the pilgrimage to Mecca, with a clear conscience.

Ms. HUSSAIN:  It’s recommended that you are free of debt before make that pilgrimage. That’s why a majority of the Muslims prefer not to get into that particular situation.

SEVERSON:  Sharia compliant financing is now moving beyond home mortgages to investments in things like mutual and equity fund.  For the past 10 years, there’s been a Dow Jones Islamic Market Index where investment opportunities are monitored to see that they comply with Sharia law.  Islamic market investors, it turns out, have not been hit as hard as conventional investors in the current economic meltdown. 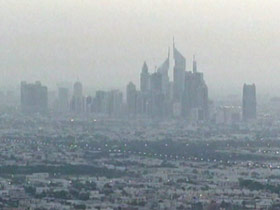 SEVERSON:  The Dow Jones Islamic index also excludes investments in things like gambling, alcohol, cigarettes, pornography and pork, as well as companies that are highly leveraged or that have shown ethical lapses.

Mr. QUTUB:  Certainly there was an incredible amount of speculation, incredible amount of unknowns and risks were taken.  And that is something that we know in Islam is really heavily prohibited, where you are in essence almost gambling, and gambling is something that is not permissible in Islam.  But for Muslims like Zulikha, Sharia compliant financing is about more than money.

SEVERSON:  Sharia financing and investments are still only a tiny portion of the financial market, but growing.