SAUL GONZALEZ, correspondent: The Mississippi Delta—it’s a place associated with cotton fields, peaceful bayous, and faded communities where blues music was born. However, the Delta is also home to some of the poorest and most medically vulnerable people in the country, like these seasonal cotton pickers who work 12-hour days but get no health insurance. When people in this part of Mississippi get sick or injured, often the only place that will help them is a small, no-frills health care clinic in the Delta town of Tutwiler.

DR. ANNE BROOKS (speaking with patient): This is probably going to feel cold, so get ready. Big breath, all the way down…

GONZALEZ: Its director is Dr. Anne Brooks, a physician and Catholic nun who has spent nearly 30 years healing and helping the Delta’s poor.

BROOKS: We do what we can with what have. There’s a saying of George Washington Carver that I’ve always loved: “Start where you are with what you have, make something of it, and never be satisfied.” And we are not satisfied. 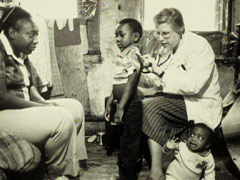 GONZALEZ: Dr. Brooks, a Florida transplant, came to the Delta in 1983 when many in the area still lived in sharecroppers’ shacks. When she reopened this then-shuttered clinic, it still retained segregation-era waiting rooms—one for whites, the other for blacks.

BROOKS (speaking with patient): Maybe the circulation to your heart isn’t as good as it ought to be.

GONZALEZ: In the decades since, Dr. Brooks has put down deep roots in the Delta—an area, like the rest of Mississippi, with some of the highest levels of heart disease, diabetes, and obesity in the nation.

BROOKS: I feel like I belong here, and I feel like these are my family, and when you have family folks, you love them and you take care of them, and that keeps me here.

GONZALEZ: A feeling of responsibility?

BROOKS: No, a feeling of love. 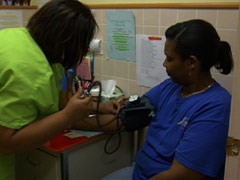 GONZALEZ: One challenge Dr. Brooks and her small staff face is treating people who have no private or public insurance. With about one-in-five people in the state without coverage, Mississippi has one of the highest levels of uninsured in the country.

VERONICA PHILLIPS (patient): You can come here when you don’t have insurance, and they’ll see you. They never turn you down.

GONZALEZ: Veronica Phillips is here today because of a lump in her breast.

PHILLIPS: My kids they have Medicaid but I wasn’t able to get it because I was working at the time that I applied for it. They said I made too much money and I was only making $600 a month at McDonald’s.

GONZALEZ: That’s what you were making?

PHILLIPS: Yes, and they told me that I made too much money.

GONZALEZ: Without this clinic?

GONZALEZ: John and Gail Herren are visiting the clinic to check on John’s skin cancer. They lost their insurance when John lost his job in 2003. 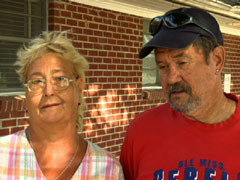 BROOKS (speaking to patient): I don’t think you broke anything. I think what you’ve done is rip up the ligament.

GONZALEZ: In order to keep her clinic afloat, Dr. Brooks often gets by on private donations and whatever small amounts of cash patients can afford to pay.

BROOKS: Seventy percent have no way of paying for their care. Sometimes we can figure out a way they can give us 10 bucks, 20 bucks maybe. But they don’t have income. They are not working because they hurt, or they are sick, or whatever.

GONZALEZ: As she heals bodies as a physician, though, Dr. Brooks also says she never forgets her responsibilities as a nun and that she’s also here to provide a measure of spiritual care. 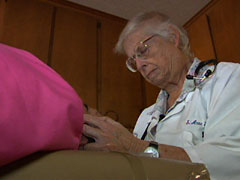 GONZALEZ: And what does that do for you?

BROOKS: Well, they are my brothers and my sisters, so it does a lot for me.

GONZALEZ: However, Dr. Brooks says that despite her prayers and best efforts she often can’t provide the kind of care her patients need.

GONZALEZ: And that happens. 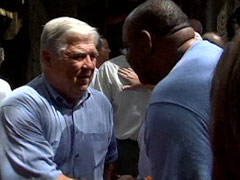 GONZALEZ: You might think that Mississippi, the poorest state with some of the worst health care statistics in the country, would be a champion of national health care reform like that passed by Congress and signed into law by President Obama. But you’d be wrong. There are many people here in the Magnolia State who think that particular cure is a lot worse than the disease. Chief among them is Mississippi Republican Governor Haley Barbour. He argues health reform will put a burden on small businesses.

GOVERNOR HALEY BARBOUR (speaking with reporters): For many, many small businesses in America, the tax put on them by the government under the Obamacare bill for not having health insurance will be more money than they’ve ever made.

GONZALEZ: Governor Barbour also believes health reform violates the Constitution because it will require Americans to obtain health coverage. The governor has joined a lawsuit of Republican attorneys general seeking to declare the law unconstitutional. There are also concerns in Mississippi over the increased numbers of people, like those at Dr. Brooks’s clinic, who will qualify for Medicaid because of health care reform. Medicaid is the government insurance program for low-income individuals, whose cost is shared by both federal and state governments. 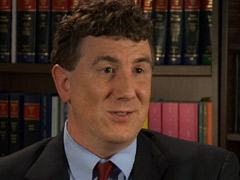 GONZALEZ: Richard Roberson is an official with Mississippi’s Medicaid office. Although the federal government will pick up most of the tab for expanding Medicaid, Roberson says the cost to Mississippi’s taxpayers will still be enormous.

GONZALEZ: And can Mississippi handle that?

ROBERSON: That’s going to be the challenge.

GONZALEZ: Mississippi’s leaders say they prefer tort reform and cutting waste in Medicaid as a way to bring health care to more people. 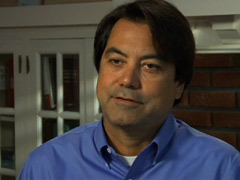 GONZALEZ: Critics of Governor Barbour, such as Roy Mitchell of the Mississippi Health Advocacy Program, fear Mississippi’s Republican leadership will try to sabotage the implementation of health care reform through foot-dragging and backpedaling.

MITCHELL: What we should be doing is working to implement programs that expand coverage rather than being on the defense all the time. I think you could say that health care reform is not successful in this whole nation if it’s not successful in Mississippi.

MITCHELL: Well, if you can’t implement health care reform in Mississippi what have you accomplished, when the need is so great in Mississippi?

GONZALEZ: Back in Tutwiler, people like the Herrens say they don’t follow the national debate over health care, but they do insist some kind of change is necessary.

JOHN HERREN: This is America. You know, we should have some type of medical coverage, some type, regardless of if you work or not.

GAIL HERREN: Some kind of—not total, but partial, anything to help you. You never know. One day you got a job, you’re doing good, you’re okay. Next day you’re out of a job and you don’t have insurance. You get sick, and there you are. 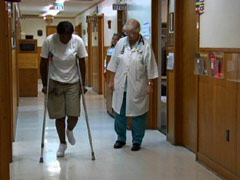 GONZALEZ: As for Dr. Brooks, she says that when it comes to the political fight over health care reform, she’s simply too busy tending to the people of the Delta to take part.

BROOKS: Other people can make words and can make noises. I’ve got other things to do. They don’t include being political. I can’t take care of it. I can ignore it. I can keep on truckin’.

GONZALEZ: You do what’s immediately before you, the job that’s to be done here.

GONZALEZ: The people of the Delta who have become Dr. Brooks’s extended family over the decades are grateful for her dedication.