BOB ABERNETHY, host: And now we look at the election results and what they mean with David Gibson, religion writer for PoliticsDaily.com, and with Kim Lawton, our managing editor. Kim, you’ve looked at the patterns. What did you see?

KIM LAWTON, managing editor: Well, not surprisingly Republicans made gains among all religious groups, but there were some pretty significant gains. White Protestants voted Republican overwhelmingly. They’ve done that, they usually do that in elections, but even more so this time. The interesting thing for me was around Catholics. In the last two congressional elections, overall Catholics have favored the Democratic candidates. But this time around they went Republican and by significant margins. Catholics have really become in some ways a swing voting bloc. Obviously there are some who always vote Republican, some who always vote Democratic, but there’s this group who keeps swinging, and this time around they really swung Republican.

ABERNETHY: David, why did so many Catholics switch so much from Democrats to Republicans? 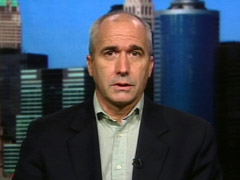 DAVID GIBSON (Religion Writer, PoliticsDaily.com): Well, Bob, I think you, know, the governing issues here driving the election were the bread and butter, kitchen table issues of economics and the size of the federal government, and Catholics were swayed by those as well. But I think also there was, you know, a real degree of moral issues going on here—the debate over abortion funding in health care reform A lot of the things that the Christian right were hammering the Obama administration on for a long time—those also came into play. There was a sense that the Obama administration had been pushed over to the cultural left, and that really made a lot of Catholics very anxious and uneasy.

LAWTON: You know, a lot of people say, well, of course these religious groups went Republican because the whole electorate went Republican more so this time around, but I’ve been talking to some strategists who crunch the numbers, and they said, well, yes, that was a pattern throughout the electorate. Religious voters, especially Protestants and Catholics, voted more Republican at much bigger rates and margins than the general electorate.

LAWTON: Well, you know, David said there’s a lot of different issues why. People also say that the Republicans were doing a lot more outreach and specifically targeting some of these faith communities, and there was criticism this time around that the Democrats didn’t do that as much.

ABERNETHY: David, why do you think that was? Two years ago we were all, you all were talking a lot about Democratic outreach to religious voters and how well they were doing. Why not this time?

GIBSON: Good question, Bob. I think it’s really puzzling in many respects why the administration and the Democratic Party apparatus kind of punted on that religious outreach that had been so successful, that was really, I think, to a degree shifting the political culture where you had religious voters. The biggest predictor of how you’ll vote is church-going. Regular church-goers are going to go Republican more than they are going to go Democratic. In 2006, and certainly in 2008, Democrats had begun to shift that. They really, in the last two years, kind of gave up on that. I don’t know if they got complacent or whatever. But there’s some grumbling certainly on the religious left about the lack of Democratic outreach to religious voters, and you saw the results on Tuesday. 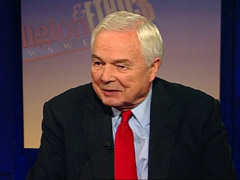 ABERNETHY: What about the Tea Party?

LAWTON: Well, clearly there was a big religious base in the Tea Party. Depending on who asked the question and what question they asked, almost half of people who consider themselves part of the Tea Party movement are religious conservatives, so that was a big factor in helping the Tea Party push some of the Republican candidates to victory. Not all of them did win, but it certainly has energized people on the religious right.

ABERNETHY: David, let me turn your attention now to the lame duck session of Congress coming up and particularly to the new Congress coming in, in January. What do you see them doing or failing to do that would be of particular interest to the religious community?

GIBSON: Well, I think two things in the lame duck Congress could possibly come up. One is immigration reform. Harry Reid on the eve of his election said that he was contemplating bringing that up. He said he would bring comprehensive immigration reform up for a vote during the lame duck session. Again, how is that going to work out? How would that play politically? One thing, referring to the Catholic vote that you have to break out, is that Latinos went very strongly for the Democratic Party this time, so you’ve really got, in a sense, two Catholic votes emerging and two votes overall—the white Catholic vote and the Latino Catholic vote. The other issue that could come up in the lame duck is the “don’t ask don’t tell” policy, and the Democrats may try and formally rescind that. Those could be two hot-button issues that would get some immediate push back from the right, but also could be supported by the religious left.

ABERNETHY: Do you see anything coming up regarding right to life? 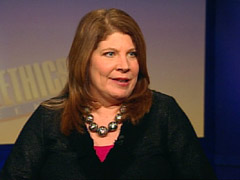 LAWTON: Well, I think that that’s always an issue that’s important to religious conservatives. Certainly on the health care bill, that played a role in terms of is there going to be funding for abortion? Or even the Catholic bishops were concerned about possible funding for birth control. So those issues came into play there and are likely to continue as those debates come up again.

ABERNETHY: David, how do you see that?

GIBSON: I think Kim’s exactly right, and I think there’s going to be a big Republican push to repeal health care reform, or to de-fund certain aspects of it, to undermine it in some way, shape, or form. On the other hand, we could have a couple of court cases in the pipeline that could provide a definitive answer to this question of whether there is funding for abortion in the health care reform bill, which experts say there isn’t but folks on the religious right believe that there is. If there’s a definitive answer one way or another that could really be a game-changer as well on that issue.

ABERNETHY: So many people looking at the election returns see a demand for civility, a demand that the Republicans and the Democrats start trying to work together better. To what extent do you see any of that coming?

LAWTON: Well, I hear that. I hear, especially in the religious community, people hoping that there might be some civility. But when you talk to some of the activists and people who were involved in the campaigns, you know, to me what I hear from them is common ground means you vote like I want you to vote, or you vote like I think, and not let’s find a compromise. I don’t hear people in a mood for compromise. I do also hear in the religious moderates and left sort of a renewed commitment to working for their social justice agenda, and so there’s still going to be some political battling ahead.

GIBSON: Kim’s exactly right. I think that the folks on the religious right and the real strong religious right lobby organizations have basically said that the next two years is going to be about 2012. So they are positioning for the next election, because they see that they can only really get their agenda across if they win the Senate and the White House as well. We are in a real winner-takes-all kind of political culture here.