GLENN DENNARD: It literally was a dream. Private school was a dream. It was like man, one day I’d love to be able to. But with the scholarship program, you know, and our few nickels and pennies rubbed in together, we’re able to send every one of our children to private school. 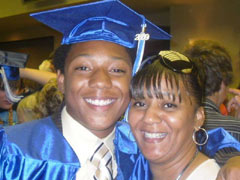 DENNARD: Every one of my children that have now gone to college, and it’s been three, have all said their first year of college was easier than their two or three years of high school in the private school sector. That’s just a blessing.

O’BRIEN: A blessing because the Dennards don’t have much money and could never have afforded private schools without the help of fellow Arizona taxpayers. Arizona allows taxpayers to contribute $500 to private student tuition organizations, or STOs as they are called, and deduct the full amount of their contribution from their state income taxes—a dollar-for-dollar credit. Great for the Dennards and, it turns out, also great for church-run schools in Arizona, which flourished under the program, taking in some $30 million in tuition-credit donations last year alone. Lynn Hoffman is among a group of Phoenix taxpayers who challenged the Arizona program in court, arguing that the tuition tax credit unconstitutionally promotes religion at the expense of the state’s public schools. 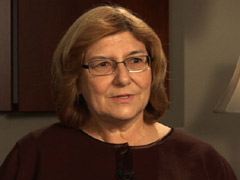 O’BRIEN: After bouncing around the lower courts for ten years, Hoffman’s challenge reached the US Supreme Court this week, with justices and lawyers debating a question more of semantics than of law: If the money doesn’t come out of the state treasury because it never went into the state treasury, is it still taxpayer money? Attorneys for the state’s largest STO say it is not.

DAVID CORTMAN (Attorney, Arizona Christian STO): We certainly take issue with the premise that this is government money. This is private taxpayer money, just like any other donation. It’s simply not the government’s money until you’ve reached the bottom line of the tax form and no sooner.

O’BRIEN: Attorney Paul Bender, representing the taxpayers challenging the Arizona tuition tax credit, asked the justices, if it’s not the government’s money, whose is it?

PAUL BENDER (Plaintiffs’ Attorney): When you give this money as a credit, you cannot keep that money. You either have to pay it to the state Department of Revenue or you have to give it to an STO. It’s not your money. “Your money” means you can keep it. You can’t keep this money.

O’BRIEN: If the STOs are funded by private, voluntary donations, as the state argues, they can pick and choose which students get scholarships and to which schools. They may also consider the students’ religious beliefs. 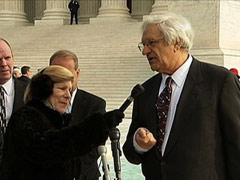 BENDER: The Arizona program distributes $30 million a year to people depending on their religion. You can get a scholarship if you’re Catholic from one tuition organization. You can’t get it if you’re Jewish. Another one will give it to Jews, but not to Catholics. That’s unconstitutional. The question is asked to a parent who comes to an STO, one of the religious STOs: “What’s your religion?” You can’t distribute government benefits by asking questions like that.

O’BRIEN: Justice Antonin Scalia appeared to defend the Arizona program and noted that donations to churches are tax deductible even though churches routinely favor their own members—an argument that resonated with STO lawyers.

CORTMAN: It is no different than if you give your charitable deduction to a church, and the church discriminates based on whatever religion it is, whether it’s Jewish or Muslim or whatever it happens to be. Every religious organization—quote, unquote—and I hate to use the word discriminate, but they choose who to affiliate with. This is no different.

O’BRIEN: That most of the money ends up going to Catholic or evangelical Christian schools, Cortman says, is not a problem. 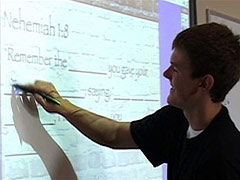 O’BRIEN: There is another wrinkle in this case that could be even more important than the tuition question. Arizona is also arguing that just because they are taxpayers, the plaintiffs here have suffered no real injury and thus have no right to even challenge the program in court. It’s a position the Obama administration embraced, writing in a friend of the court brief that the injury to taxpayers is “infinitesimally small and conjectural” and defending the Arizona tax credit as a “neutral program of private choice,” all to the dismay and surprise of proponents of strict separation of church and state.

BARRY LYNN (Americans United for Separation of Church and State): It is truly shocking that the Obama administration, through the solicitor general, has taken the position to deny access to the courts for Arizona taxpayers and to support what is unequivocally a direct funding of religious private schools.

O’BRIEN: More than the administration brief, President Obama’s court appointments could change the landscape on the issue of church and state. He replaced retiring Justices John Paul Stevens and David Souter, the court’s staunchest advocates of strict separation, with Justices Sonya Sotomayor and Elena Kagan, whose views are not as well known. It’s a new court, and this case could provide the first real glimpse of where it stands on church-state issues.