LUCKY SEVERSON, correspondent: Going into the Iraq war, U.S. military officials described the overwhelming force they intended to employ as “shock and awe.” Now it seems that same phrase could be used to describe the overall cost of that war and the one in Afghanistan and the U.S. engagement in neighboring Pakistan. It’s much greater than predicted by the government, according to a report compiled by the Watson Institute for International Studies at Brown University. It’s called the Eisenhower Research Project, codirected by Professors Catherine Lutz and Neta Crawford.

PROFESSOR NETA CRAWFORD (Political Science, Boston University): I’ve been looking at the history of war and its conduct for a long time, and what struck me about these three wars most startlingly was how much we don’t know about the costs.

PROFESSOR CATHERINE LUTZ (Anthropology and International Studies, Brown University): The reasonable estimate is approximately $4 trillion for the war, up to today and including some of the future costs that we’re obligated to pay for veterans care. 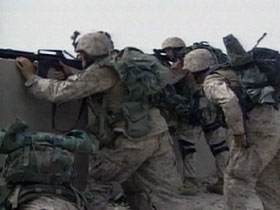 SEVERSON: That estimate includes the cost of the fighting that hasn’t ended yet, but it does not include as much as a trillion dollars just for the interest payments on the war debt through 2020. That’s a unique aspect of these wars.

CRAWFORD: Every other war the US has fought historically has been paid for by revenue, either by raising taxes or selling war bonds. In this war, the United States has almost entirely financed it, paid for it by borrowing.

LUTZ: What surprised me most was this idea that wars have such a long tail into the future of negative effects that we pay environmentally, we pay in human suffering, we pay in financially decades into the future.

President George W. Bush in 2003: “My fellow Americans, major combat operations in Iraq have ended. In the battle of Iraq, the United States and our allies have prevailed.”

SEVERSON: Originally, the Bush Administration projected the Iraq war would be short and cost approximately $60 billion, clearly off the mark, but historically not unusual.

LUTZ: Governments often try to sell wars to the public and they use, at best, a very, very conservative estimate that will seem the most attractive and reasonable to the public. There tends to be an assumption that force will work, and therefore the job will be done in a couple of weeks or a month. 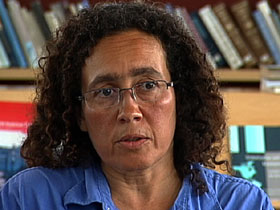 CRAWFORD: That doesn’t usually happen. In fact, it hardly ever happens. You have to really destroy a country to get people to roll over, and in every instance, the duration of war is almost always underestimated.

SEVERSON: To date, more than 6,000 U.S. troops have come home in coffins, although until recently images of the solemn event at Dover Air Force Base have been forbidden. Less well known is the fact that more than 26,000 allied military and security forces, most of them Iraqi or Afghan, have also been killed.

LUTZ: A lot of the information about the war is not available to the American public. For a variety of reasons, the idea that you want to have a sanitized version of the war available for purposes of morale, for the public at large, for the troops.

SEVERSON: Hundreds of aid workers have been killed, others kidnapped. Twenty-three hundred U.S. contractors have died. But what we rarely hear about are the numbers of civilian deaths, and they are considerably greater than military casualties. 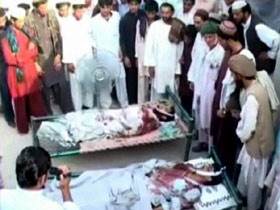 SEVERSON: The hostilities In Pakistan have actually taken more lives than the war in Afghanistan—about 35,000, including civilians and militants. There, the U.S. military relies increasingly on drone attacks. The cost of this operation is classified.

SEVERSON: Another war statistic is the number of wounded. Among U.S. servicemen alone that number is nearly 100,000, and the wounds are often severe.

LUTZ: This war differs from previous wars in a number of ways, and so there are certain kind of injuries and severity of injury that we did not see in previous wars. Survival rates are higher because of battlefield medicine and other factors.

SEVERSON: The insurgents’ use of IEDs or improvised explosive devices has been a major cause of injuries.

LUTZ: So we have a lot more injuries that are, again, whole body impact rather than just a single bullet kind of injuries, and these kinds of traumatic brain injuries that have such long-term negative effects and often interact with some of the other problems, the PTSD and other injuries that have this major effect on the person.

SEVERSON: It’s the hidden costs or unquantifiable costs of war that keep popping up in the Watson Institute report, which was compiled by 20 academics from around the country—the cost, for instance, to our civil liberties. The report says there has been unprecedented surveillance of American behavior and phone conversations that have been allowed through the Patriot Act, which was enacted to fight terrorism at home. 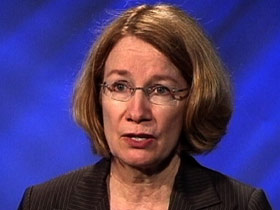 LUTZ: It is common to wars in general that they have often expanded the power of the government beyond what they were, what those powers were in peacetime, and that those powers are often maintained past the end of the conflict, and so in line with the idea that wars are never over when we think they’re over, that’s one way in which that statement’s true.

SEVERSON: Then there’s the image of the U.S., which has suffered globally, first after the torture pictures from Abu Ghraib, then the reports of the secret prisons and the detention of hundreds of terror suspects at Guantanamo, many of whom were released after several years.

CRAWFORD: It’s tarnished the image of the United States as a country of the rule of law.

LUTZ: For the people of Iraq and Afghanistan, this has been a nightmare decade.

SEVERSON: The report says the psychological effects for the people of Iraq, Afghanistan, and Pakistan have been “massive”—depression, post traumatic stress disorder, broken families, targeted victims and collateral damage of a counterinsurgency war. 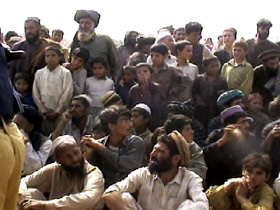 LUTZ: The number of refugees from these wars have been estimated by the UN at 7.8 million persons in those three countries—Iraq, Afghanistan, and Pakistan. And that’s equivalent to the population of Connecticut and Kentucky being forced from their homes.

SEVERSON: The environmental harm is difficult to calculate but significant: damage from spilt fuel, spent munitions, toxic dust, increased rates of respiratory and cardiovascular disease, which is also showing up in returning troops.

SEVERSON: The report also takes into account what the wars have accomplished—the overthrow of Saddam Hussein, the killing of Osama bin Laden, the diminished ability of the Taliban, greater rights for women in Afghanistan, the spread of democracy, although Iraq and Afghanistan are listed as two of the world’s most corrupt countries. But like the costs, it will be impossible to measure the benefits until well into the future, and it’s the future that concerns the authors of this report.

LUTZ: The data is out there, but it’s very difficult to access. In some cases it’s not there at all. We need to know what those data are for past conflicts in order to try and project forward to other conflicts. That’s how a democratic society should operate is with full information about what public policy decisions are being made and who’s being asked to pay what. These have been costs that have also been born very unevenly, so the people who are paying the costs, military families, veterans, civilians in Iraq, Afghanistan and Pakistan—those people deserve to have their story told.

SEVERSON: Benjamin Franklin is quoted as having said, “Wars are not paid for in wartime. The bill comes later.” The Watson Institute report says the bills for these wars will keep coming in for as long as 40 years later.

For Religion & Ethics Newsweekly, this is Lucky Severson in Washington.