BOB ABERNETHY, host: As the slow recovery continues in Haiti after last year’s earthquake, there’s a new book out called Haiti after the Earthquake. It’s by the much-admired Paul Farmer, a medical doctor, a professor at the Harvard Medical School, and a cofounder of the humanitarian aid group Partners in Health. For a quarter of a century, Farmer has worked, primarily in Haiti but in other countries, too, to provide good medical care to the poorest of the poor.

Farmer was in Washington this week signing books and talking about what he says are the two big challenges of relief and reconstruction: helping individuals in need, as so many faith-based groups do, and at the same time building up public health, public education, and other systems that help everyone. Farmer spoke as the head of one of the hundreds of aid organizations in Haiti. 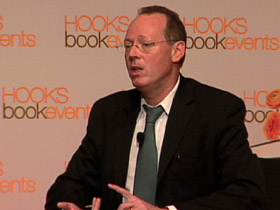 PAUL FARMER: But we said what are we doing wrong, and we decided that what we are doing wrong is to allow the continued degradation and collapse of the public sector, the institutions of that country, the public institutions, allow them to collapse even as we grow. That’s not the way to build Haiti back better.

ABERNETHY: I asked Farmer about the faith-based nongovernmental organizations. His answer was a surprise.

(to Farmer): I am wondering, since the earthquake, how do you assess the effectiveness, the usefulness, and the problems that need to be learned for people that go there with a strong religious motivation to try to help the least of these?

FARMER: I would say, let’s not give ourselves more than a C.

ABERNETHY: Farmer says the NGOs have done a good job helping people one by one, but he also suggests that they have not done enough to help Haitians create a government and other institutions capable of taking on big projects, like reforesting the mountains and cleaning up the water.

ABERNETHY: Farmer has many Haitian friends, and he speaks Creole. He knows how hard life is there, but he also says the resilience of the Haitian people is the country’s greatest asset.

FARMER: If they can still have some optimism and believe in their future—if these people can have optimism then we can, too.