KIM LAWTON, correspondent: Benedict said he is resigning “for the good of the church.”

REV. MARK MOROZOWICH (Dean of Theology, Catholic Univ. of America): Isn’t that a profound sign of his own humility in that he was able to recognize when, you know, it just was more than he could handle? And instead of letting just others do the job, he viewed very strongly that we needed somebody in that position that would really be able to take the helm.

MAUREEN FERGUSON (The Catholic Association): I think this decision was made out of love for the church and her needs.

LAWTON: But it was an almost unprecedented decision. 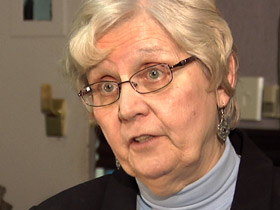 SISTER MAUREEN FIEDLER (Host, “Interfaith Voices”): In my lifetime, popes have died in office. One has never resigned. And then I all of a sudden discovered that, well no wonder, it’s been almost 600 years since the last pope resigned in 1415.

LAWTON: Experts say Benedict’s decision highlights how the nature of the papacy has changed.

PROF. CHRISTOPHER RUDDY (Catholic Univ. of America): It’s become much more demanding and much more public. You’re in print, you’re on video. Sixty years ago, Pope Pius XII would not have had the same demands on him in any way.

MOROZOWICH: Maybe it’s not so much that their job has changed, but the expectations have changed. The immediacy. There’s so many things that we as a society have developed into this instantaneous culture and that no longer are we waiting for a letter to arrive from Rome. When we get an instantaneous mass delivered message, I mean that’s a whole shift. 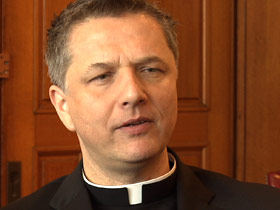 MOROZOWICH: I think that Pope Benedict brought a refreshing wonderful attention to theology.

FIEDLER: He certainly was in tune with modern technology, even joining Twitter just a few weeks ago and he was an environmental pope. He was often dubbed the Green Pope and he took climate change seriously and he talked about that so I think those are positive things.

LAWTON: But Sister Maureen Fielder, host of the public radio program “Interfaith Voices,” says Benedict’s papacy will be largely viewed by how he dealt with the clergy sex abuse crisis.

FIEDLER: I think probably the biggest disappointment with Benedict was his inability to adequately handle the sex abuse scandal and to specifically deal with the prelates, the bishops who covered up those crimes, a lot was done with priests, almost nothing has been done with bishops and I think that remains a scandal for a lot of Catholics.

LAWTON: Other Catholics praise his efforts on that front. 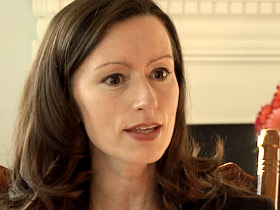 FERGUSON: He took that scandal head on and implemented all kinds of new protocols to address that issue once and for all. So I see great hope on that issue going forward.

LAWTON: Speculation about Benedict’s possible successor continues as people put forward the qualifications the College of Cardinals should consider.

RUDDY: Certainly they’ll want somebody who is a good communicator and particularly has linguistic competence. You’ll need to know Italian, that’s the daily language of the Vatican. English and Spanish would be, would be extremely helpful.

MOROZOWICH: I think of center, center importance is a deeply spiritual and prayerful person. This is why people look to the Church for their spiritual nourishment. So that’s central. But the Pope has to be a man of the world in a certain sense. He has to have a knowledge of different cultures. We keep raising the bar in so many ways.

FIEDLER: I personally would like to see a pope who would take seriously the message of the second Vatican Council, develop greater collegiality in the church, perhaps even democratization in the church. A pope who respects the human equality of all persons, man and women, and begins to make suitable changes in the church in that direction. 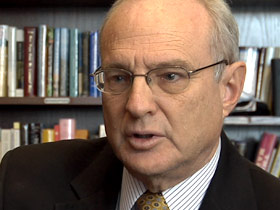 LAWTON: But Father Morozowich says whoever is chosen is not likely to make sweeping changes.

MOROZOWICH: So a new Pope will bring new vigor, will bring his personality, his personal gifts. He will continue, though, the tradition of the Church.

LAWTON: People of other faiths say the selection of a new pope matters to them too.

RABBI DAVID SAPERSTEIN (Religious Action Center of Reform Judaism): The quality of Catholic Jewish relations has been a kind of litmus test for us in terms of the openness of peoples of different religions to the Jewish community and to cooperative understanding and endeavor, and therefore it feels of vital concern to us.

HARIS TARIN (Muslim Public Affairs Council): What he says matters in a lot of communities and so the stature of the pope is extremely important in that sense. But also the fact that we live in a very small world when it comes to interaction.

BISHOP MARIANN EDGAR BUDDE (Episcopal Diocese of Washington): The heart and soul of humanity is lived out among people of faith in every tradition and so I will be joining the world in praying for the next pope.

LAWTON: And for the world’s more than one billion Catholics, the selection will have a personal dimension as well.

RUDDY: What makes the pope the pope is that he is held by Catholics to be the successor of St. Peter and in that sense he carries on Peter’s role of uniting the church, of being the point of unity for all of the world’s bishops and all the world’s Catholics. In some senses he belongs to everybody in the church.

FERGUSON: As Catholics, of course, we have great affection for our holy father, we look to him as a father and it’s, it’ll be exciting to meet our new pope.