DEBORAH POTTER: On a Saturday morning at Boundless Yoga, owner and instructor Kim Weeks is in what she calls her sacred space.

KIM WEEKS (Owner, Boundless Yoga): I feel the universe. I feel energy. I feel mysterious forces working through my body and I see them in other people.

POTTER: Weeks is among the 46 million Americans that our poll found have no religious affiliation, almost one in five. But they’re not entirely secular. About a third describe themselves as “spiritual but not religious.”

MATT FOWLER: Yeah, I think that’s a pretty good description. As a matter of fact I think I say that all the time. I’m spiritual but not really religious.

NANDINI GOPINADH: I definitely don’t call myself religious at all so I would think I am spiritual, where I believe we’re all connected in some way but I’m not religious in any way. 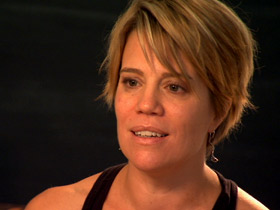 POTTER: Kim Weeks has come a long way from the conservative Southern Methodist church of her childhood and the religious home she grew up in.

WEEKS: We didn’t go so far as do regular Bible readings but we weren’t that far from it. I mean God was, and Jesus, were both present in our daily lives, and in daily discourse.

POTTER: Things began to change when she was 12. Her parents divorced and she started questioning the church’s teachings.

WEEKS: The flaw in the organized religion that I understand, and that I was raised to believe is that the answers are too quick, they’re too easy. The sort of question marks I have to put over the thesis that there was a virgin birth. I mean just stuff like that, it’s difficult for me to accept all those things and believe in something and stay contained inside of that belief based on the frankly veiled threat that I’m going to go to hell if I don’t.

POTTER: Religion scholar Diana Butler Bass has studied the growth of the spiritual but not religious. In her latest book, subtitled “The End of Church,” she writes that they share a deep dislike for religious institutions. 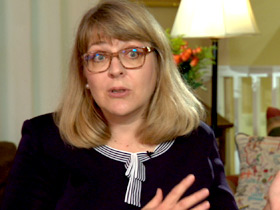 POTTER: Butler Bass says the sex abuse scandal and cover-up in the Roman Catholic church and the fight over the ordination of an openly gay bishop in the Episcopal Church helped accelerate a long, slow decline in religious affiliation. Despite that, Butler Bass sees in America a new spiritual awakening.

DIANA BUTLER BASS: People who are in the unaffiliated categories are engaging in spiritual practices and those run the gamut from pilgrimage to contemplative prayer, to meditation and practices that connect us more fully with God, but they tend to be doing them sometimes in a congregation of faith, but more often in alternative locations.

POTTER: This meditation group in Boston is about as far from organized religion as you can get. The Humanist Community at Harvard is a home for non-believers, including atheists and agnostics, who do believe you don’t need God to be good. 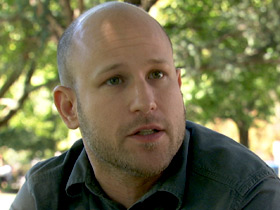 POTTER: It’s a need that’s especially evident on campus. Younger Americans make up the largest group of the unaffiliated. Some grew up un-churched.

CHRIS STEDMAN (Associate Harvard Humanist Chaplain, Author of Faithiest): Religion just wasn’t a part of our lives. I was baptized, but it was more just a reason to get the family together and after that, we never really went back.

POTTER: Chris Stedman found religion on his own and joined an Evangelical church. But soon after, he discovered he was gay and eventually left. 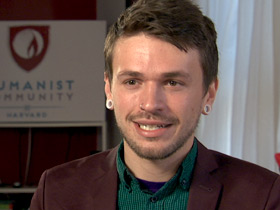 STEDMAN: The grand irony of the situation is that I became an Evangelical Christian because I was looking for a community, a place to belong and I was looking for a way of making sense of injustice and suffering, of grappling with this idea of suffering. But the irony of it is that becoming an evangelical Christian increased the amount of suffering in my life and also sort of alienated me from others.

POTTER: Now a self-described atheist, Stedman discovered he missed the shared values and service opportunities the church provided, something he’s found again with the Humanists.

STEDMAN: I thought maybe, you know, helping build up non-religious communities would be a way to provide people with opportunities to be civically engaged; to be involved in interfaith dialogue efforts; to do community service; to, you know, be more involved in their communities, be more organized.

POTTER: The vast majority of people who describe their religious affiliation as “nothing in particular” are quite happy that way. Ninety percent say they’re not looking for a religion that would be right for them. And for churches, that’s a conundrum and a challenge. 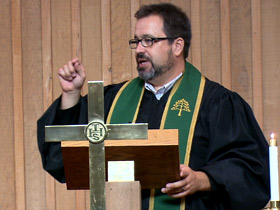 As the ranks of the unaffiliated have grown, the number of Americans who call themselves Protestant has declined, for the first time slipping below 50 percent. At Vandalia Presbyterian in Greensboro, North Carolina, Pastor Mark Sandlin is well aware of how much has changed. So he spent his recent three-month sabbatical trying to understand why, by doing something he’d never done before. He quit going to church.

PASTOR MARK SANDLIN (Vandalia Presbyterian Church): Parts of it I didn’t miss. I wish I did. I really didn’t.

POTTER: That surprise you?

PASTOR SANDLIN: It surprised me very, very deeply. I was a happier person, and part of that was getting removed from the dogma, getting removed from what really is some judgmental-ness that goes on in churches at times. It made a lot of space for my spirituality to grow and some happiness to enter into that space. I think we need to do work on that in churches, to create better space and handle relationships in a healthier way. 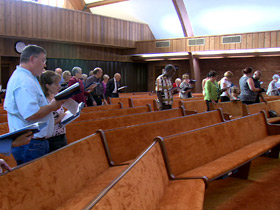 POTTER: Many churches recognize their survival is at stake if they can’t broaden their appeal. Some have changed the way they worship or their service times to fit today’s lifestyles, but ultimately, the role of the ordained pastor may need to change too, from leader to partner.

PASTOR SANDLIN: A lot of ministers are used to kind of being the final word and the one in charge. I think we‘ve got to find new ways of modeling what church looks like and if you look at the biblical text, I find a hard time seeing great hierarchies. I see more discipleship of equals going on, and I think we’ve got to learn how to do that within our churches.

POTTER: There’s no evidence that the unaffiliated tend to make their way back to church as they get older or have families. Kim Weeks and her husband are bringing up their two children without religion, while teaching them morality. She’s willing to let them go to church with their grandmothers—one of whom is a minister—but that’s about it.

WEEKS: I can’t imagine a scenario in which we would go back to church on a regular basis. I don’t feel, and I check in on this a lot, any sense of longing over not being in a church or the church. I just don’t miss it because, for a variety of reasons, it feels constricting.

PASTOR SANDLIN: I’m genuinely worried that the existing church won’t have much of a future 20, 30 years down the road. But in general I’m not worried. The folks that I’m in conversation with through this who consider themselves spiritual but they’re not going to church, why would I worry? I mean, they’re great people. They’re in their communities, they’re making a difference. I think there really is a space and an opportunity to be doing some ministry together.

POTTER: And why not be optimistic? The unaffiliated may not want to be in church but they’re not entirely hostile to religion. In fact, they mostly agree with believers that religious organizations strengthen communities and play an important role in helping the needy—some common ground, at least, in a changing world.