LUCKY SEVERSON: They live conspicuously pious lives in a secular world, especially in enclaves and suburbs of New York. Ultra Orthodox Hasidic Jews observe the strict rules of the Torah, the first five books of the Hebrew Bible, and its 613 commandments.

Their structured lifestyle seems to work for the majority. But, for some, the lack of choices is too rigid, so they choose to leave, even though doing so can be very painful. Hasidic groups remain some of the most insular religious sects in the U.S. Sol Feuerwerker knows, he was one of them.

SOL FEUERWERKER: I think that’s what surprises most people, you know, most outsiders, is that how can something this insular be happening right here in the middle of New York City. You know, as I’ve moved farther away from it, it kind of shocks me too actually.

CHANI GETTER: When I tell people that I grew up 30 miles north of New York, that I went into the city and I had never seen a movie before I was in my 20s, they think I’m insane.

SEVERSON: Chani Getter grew up, married and had three children before she broke away from her Hasidic community. Those who leave Hasidism paint a picture of a very puritanical and sheltered way of life. 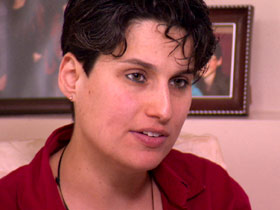 GETTER: When I left, I moved into my own apartment and I started driving, and as a woman who was driving, my parents disowned me. In our sect, women did not drive. And so, for eight years, they didn’t talk to me.

SEVERSON: In Hebrew, the word Hasidim translates to mean the “pious ones.” They are defined by their devotion to a hereditary leader known as the “Rebbe”, by their distinctive clothing and Yiddish language. Professor Samuel Heilman is a Jewish scholar at Queens College.

PROFESSOR SAMUEL HEILMAN: They have everything that makes up a culture, social norms, language, a career pattern in life. Even the ones who leave say that there are aspects of their lives that they left behind that they miss. To go to a Hasidic gathering and to sing the songs and to dance in the circle and to be enfolded into the community, and to hear your voice in a chorus of other voices. This is a tremendously exciting experience and when you leave and you’re all alone, all alone in the city…

SEVERSON: Professor Heilman says there are as many as 350 thousand Hasidic Orthodox in the U.S. and Canada, and an even larger population in Israel. And the numbers are increasing fast, he says, because Hasidism strongly encourages very large families. 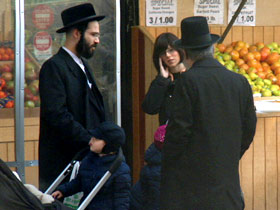 PROFESSOR HEILMAN: They don’t believe in birth control. They believe that the commandment of “be fruitful and multiply” is incumbent upon all Jewish people and they practice it. Not only do they have large families but they are the poorest of all Jews because they don’t go to college, so they lack often some of the skills that are necessary for high income. They are all literate in Jewish education, but their secular education is limited. That is not to say there are not some who are successful…in the diamond business, electronics business, in trading on Wall Street.

PROFESSOR HEILMAN: They’ve been told that the world outside their own is demonic, corrosive, dangerous, they wouldn’t want to be part of it, that they live a superior kind of life. 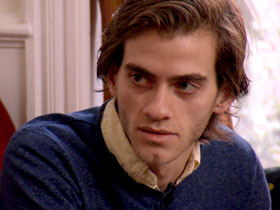 FEUERWERKER: There’s this whole, like belief or narrative in the community that if you, if you try to break away or change you will fail and you won’t be happy and you’ll just end up on drugs.

SEVERSON: Lani Santo is the Executive Director of a non-profit group called Footsteps, founded in 2003, not to proselytize but to provide counsel and support to those who want to explore life outside the confines of the world in which they were raised. They’ve assisted over 700 altogether so far, a majority are young men.

FOOTSTEPS GROUP DISCUSSION: “I mean my mother still hasn’t called me. My mother hasn’t spoken to me this whole time.”

LANI SANTO: We are seeing a lot more, just in this year alone, we’ve seen a 60% increase in our membership and in new people coming to us, and that’s compared to a 35% increase that we’ve been on for the last few years.

SEVERSON: In the past, it was easier to shelter those in ultra religious communities from the outside world. Television, magazines, radio, even libraries were off limits. Then along came the internet. 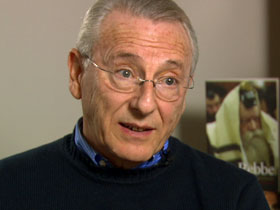 PROFESSOR HEILMAN: The internet is a real problem for them. There has been, there have been efforts, for example there was a recent gathering at Citi Field here in New York that was against the internet. But it’s a case of trying to close the barn after the horses are out.

SEVERSON: Lani Santo says those who do leave suffer serious bouts of loneliness and guilt.

SANTO: It’s more about guilt in terms of impacting their families. If they have younger siblings, the fact that they’re leaving is putting at risk the marriage prospects for their younger siblings and that’s a real challenge.

PROFESSOR HEILMAN: Marriage is critical. And it’s all by matchmaking. Finding single people in this community is rare, and if they’re single then it means they’re problematic…and problematic can be that you have someone in the family who’s not Orthodox or that there’s some mental or physical ailment in the family or that there are, it can even be somebody has too many people with red hair in the family. 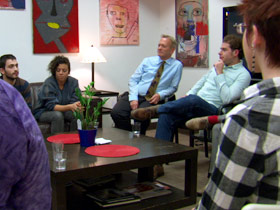 MICHAEL JENKINS: The first thing that really struck me was the courage in the room.

SEVERSON: Michael Jenkins is Footsteps’ senior social worker. He says he’s amazed at the risks young Hasidim are taking by even walking through the front door. He conducts group therapy and private counseling, says a number of people he meets with lead dual and deeply conflicted lives, with one foot in their Hasidic community and one foot out.

JENKINS: There’s things in the community that I love, that work for me, family, friendships, relationships … this is where I’ve always been and this is where I want to be, yet there are things that I disagree with…and I want to be able to talk about that or express that somewhere else.

FOOTSTEPS GROUP DISCUSSION: “I want to be who I want to be. And if I find God, I find God on my own, you know? I don’t go any more according to what I was told as a kid.”

SEVERSON: In Hasidic communities, young men study the Torah in Hebrew at least 7 hours a day and spend only one hour on secular education. So those who leave are woefully unprepared to go out on their own. Sol was 19 when he broke away. 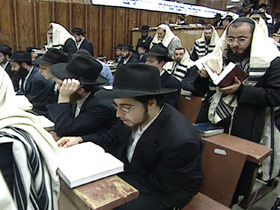 (to Feuerwerker): What was your education level at that point?

FEUERWERKER: If I had to estimate it would probably be, you know 4th or 5th grade.

SEVERSON: Was that pretty standard for most of the men of your age?

FEUERWERKER: That’s the norm, yeah. And in fact I believe I was actually a little bit more advanced than some of my friends at the time.

SEVERSON: Another consequence of the insularity is that if a crime is committed, it often goes unreported.

FEUERWERKER: I have many friends, men and women who have been abused, sexually, physically, emotionally…

SEVERSON: Sol is now in his 4th year as a pre-med student. He says it hasn’t been easy. Some old friends speak to him, some don’t. He says he has a message for others who are worried about leaving the sheltered world of Hasidism.

FEUERWERKER: My point is it’s challenging and it looks really, really scary at the beginning. Um, but it’s, it’s possible.

GETTER: Since Footsteps opened the thing that I saw different is that when people used to leave the community before it would be through alcohol and drugs. In order for them to leave, they had to become a total outcast.

SEVERSON: When Chani left, her parents were traumatized, and then she announced that she is gay. Now she’s studying to be a rabbi.

GETTER: They’re hurt by the fact that I will not live, you know, that kind of life, because my soul is in danger. And yet they don’t understand why my eyes sparkle and why I’m so happy.

SEVERSON: As the world continues to shrink because of access to modern technology, like the internet, it’s becoming increasingly difficult for anyone or any group to shield their families from the outside world.