KIM LAWTON, correspondent: In front of the White House, protesters—including many people of faith—have gathered to urge President Obama to make good on his promise to close the Guantanamo Bay detention camps. In 2008, Obama said one of his first acts as president would be to shut Gitmo down once and for all. But five years later, the debate continues—in part because of complex ethical and moral questions.

NANCY SHERMAN (Georgetown University): Gitmo has been called a legal black hole. But what people forget is that it's also a moral black hole.

LAWTON: The detention center on Guantanamo Bay was set up in January 2002 to imprison, interrogate and prosecute people captured in the war against terror. It was complicated from the start. 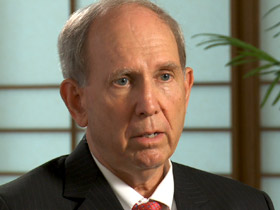 COL. JEFF MCCAUSLAND, RET. (Dickinson College): We were not fighting a sovereign state, we were fighting a terrorist organization, a non-state actor. So at the very onset this brought up enormous legal and moral questions.

LAWTON: Retired Army Colonel Jeff McCausland is a professor at Dickinson College and a national security consultant for CBS News.

MCCAUSLAND: The decision was made to decide that these people would be enemy combatants and therefore not necessarily be afforded all the rights under the Geneva Convention. That being said, they certainly had the right to be protected and safeguarded when they were in our hands.

LAWTON: But many say that was not the case.

SHERMAN: They've been subjected to what we now know are torture techniques.

LAWTON: Nancy Sherman is professor of philosophy at Georgetown University and author of the book The Untold War.

SHERMAN: I don't think anyone had visions that it would go on for so long or that the conditions would be as abusive as they had turned out to be. 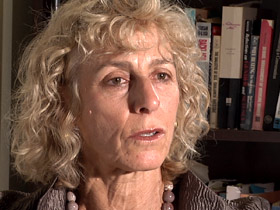 LAWTON: McCausland, who is a senior fellow at the Carnegie Council for Ethics in International Affairs, agrees that some of the actions taken in response to the September 11th attacks violated US values.

MCCAUSLAND: The government has gone through a long and drawn out process in trying to identify as clear a fashion as possible what techniques can be employed legally to interrogate prisoners. And we know those norms are now established and they’re a lot more stringent than they were at the onset of this conflict in 2001.

LAWTON: Traditionally, prisoners of war have been released at the cessation of hostilities. But this conflict has now extended longer than any war in American history.

LAWTON: McCausland agrees Guantanamo should ultimately be closed. But he says there are many reasons why that can’t be done immediately. Congress has placed wide-ranging restrictions on transferring Gitmo detainees to the US or other foreign countries. Legal proceedings have been moving forward slowly for some of the remaining 164 detainees. A large number have been cleared for release or transfer, but in some cases their home countries don’t want them back. In other cases, the US says it fears for their safety upon their return. 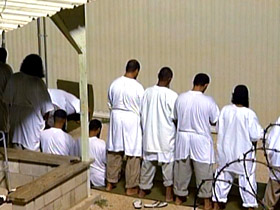 LAWTON: Above all, McCausland says, the US has an obligation to ensure that the detainees do not pose a threat.

MCCAUSLAND: Even if they appeared in front of a military commission, that process continued and they were found not guilty of the criminal act, they could still frankly be retained indefinitely because they are an enemy combatant. If we released them all tomorrow because we’ve held them now for a long period of time, how many of them would immediately go back to the fight?

SHERMAN: We need to understand what detention centers of that sort do to the moral fabric and psychic fabric of a soul. They are killing.

LAWTON: For many, including in the faith community, Gitmo continues to be a blot on US moral authority around the world.

REV. RICHARD KILLMER (National Religious Campaign Against Torture): I can't overstate the power that the symbol of Guantanamo has had for the rest of the world. People who have been interrogators have said that probably it's Guantanamo and torture that have motivated more people to join al-Qaeda. 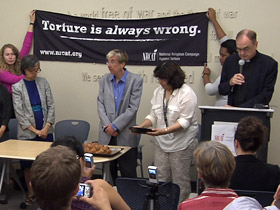 LAWTON: This summer, the National Religious Campaign Against Torture sponsored an interfaith fast and prayer campaign advocating that Guantanamo be closed. Faith leaders, including a representative of the US Catholic Bishops, condemned the fact that detainees have been held for years without trial or charge.

VIRGINIA FARRIS (US Conf. of Catholic Bishops): (speaking at press conference) The indefinite detention of detainees is not only injurious to those individuals, it also wounds the moral reputation of our nation.

LAWTON: Like many Americans, Anne-Marie Drew is torn about what should happen to Gitmo now. As an English professor at the US Naval Academy, she knows many people involved with Gitmo, and as a committed Catholic, she worries about the moral implications. Through some of her military connections, Drew had the opportunity to visit Gitmo in 2009.

ANNE-MARIE DREW: I was startled by how civilized it was and how terrifying at the same time.

LAWTON: She recalls one instance of seeing five detainees in a row. 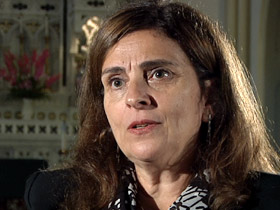 DREW: The first one looked at me with more hatred than anyone has ever looked at me in my entire life. And the next man gave me the finger, again more rudely than anybody has ever done that. The next two were doing this as if to say, “Don’t believe anything you hear. Don’t...it’s really bad.” It’s as if that’s what they were saying. And the last man, whose face still haunts me, looked at me with the dearest, most human look, and if I could have read his face I would have said that he was just saying, “Tell them that you saw me.”

SHERMAN: When you hear the narratives and the stories and try to piece together what some of the cases are like, you realize that there's lots and lots of shades of gray. How generic we view Guantanamo—the worst of the worst is that phrase—it isn't like that. It's very, very mixed.

LAWTON: Amid the stalemate, many detainees have been waging hunger strikes. In response, camp officials have been force feeding them with liquid nutrients administered through nasal tubes.

MCCAUSLAND: This is a matter of safeguarding an individual who is incarcerated. You know, and the same, that would hold true, it seems to me at least, whether that was an enemy combatant, a prisoner of war, or a guy in federal prison. 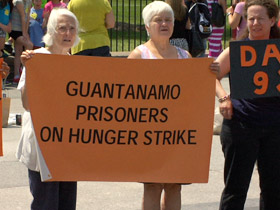 SHERMAN: The World Medical Association views forced feeding as akin to the use of human beings in experiments. It's an abuse. Hunger striking is one of the few things you can do to control what goes in your body and how you take care of your body.

LAWTON: Drew says during her visit, Gitmo officials explained how they try to be compassionate and humane in the force feeding. She was not convinced.

DREW: The force feeding strikes me as absolutely cruel and dreadful. And someone snapped at me, “Well, what are we supposed to do, let them starve to death?” And my short answer to that would be, “Yes.” They’re prisoners but that doesn’t mean that they’re given up every right that they have as a human being.

LAWTON: Drew says she also came away concerned for the US troops who serve at Gitmo.

DREW: Troopers who guard the inmates, the detainees, before they walk into the detainee cells put on latex gloves and protective headgear, because the detainees save up feces, urine, spittle and sperm. They make it into a cocktail and they throw it at the troopers when they come in. Now there’s no easy spin to put on that. That is despicable behavior.

LAWTON: In addition to US troops, Sherman says being part of Guantanamo has had a moral impact on a huge network of Americans, including contractors, medical personnel and lawyers.

SHERMAN: You can be at the tail end or in the center, but it requires the whole system and I think that's why it's so insidious, that it has a whole mezzo, middle level of workers who put it in place. And you really need direction and command from the top in order to undo it.

LAWTON: After visiting and wrestling over Guantanamo for years, Drew says there are no easy answers.

DREW: The only thing I come up with is this overwhelming sense of sorrow. And that’s not a solution, that’s not a political statement. That’s how it washes over my spirit, that there’s just suffering all around down there. All around.

SHERMAN: It's kind of a moral abyss. And I think there is definitely war fatigue, and the national public interest has deadened a bit to the issues that are alive. But it's not one that should be ignored.

LAWTON: And as the political debate continues, people on all sides say the moral questions must also be addressed. I’m Kim Lawton reporting.

A growing movement is renewing calls to close the detention facility at Guantanamo Bay, citing concerns about the treatment of prisoners. The practice of force-feeding detainees against their will has been especially troubling to human rights activists. “They’re prisoners, but that doesn’t mean that they’ve given up every right that they have as a human being,” says a US Naval Academy professor who visited Gitmo in 2009.

The Costs of War

The Moral Debate About Torture