KIM LAWTON, correspondent: New York has been called the most secular city in America. But don’t tell that to Tony Carnes. He has made it his mission to systematically document all the religious sites in New York’s five boroughs, as he puts it, block by block, alleyway by alleyway. He and his team of freelancers have found a lot to document.

LAWTON: The project is called “A Journey Through NYC Religions.” Since they began in July of 2010, Carnes and his team have visited nearly 7,500 houses of worship and other religious sites. He estimates that’s more than 77percent of them [Editor's note: Numbers updated as of 2014]. They interview, photograph, videotape, even draw, and post their articles and other material on their website, nycreligions.info. Carnes says he launched the project because he believed a vital part of New York life was being given short shrift.

CARNES: I noticed two things: one, that religion was really booming here in the city, and I also noticed it wasn’t covered very intensively. 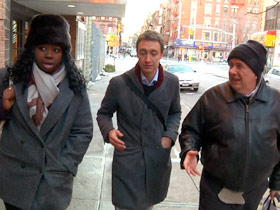 LAWTON: Carnes says for his team each visit, or journey, should be an adventure.

CARNES: A classic journey is we just go cold and we try to perfect a…sort of like a foreign journalist parachuting in a land and making a real sync with people and really getting into the story all in one day. Now if we find something that’s really interesting, we would go down in deep, and we’ll come back.

LAWTON: On this weekend, we followed along as they focused on the historic neighborhood around Eldridge Street on Manhattan's Lower East Side. In the late 1800s, this was a predominantly Jewish neighborhood, where many Eastern European immigrants worked in the garment industry and lived in crowded tenements. In the 1920s, new legal restrictions curtailed Jewish immigration and the neighborhood slowly became a center for Greek immigrants. Then, New York’s famous Chinatown began spilling over and the street took on a distinctly Asian character. Today, Latino families are moving in, as are Muslims from Asia and Africa. 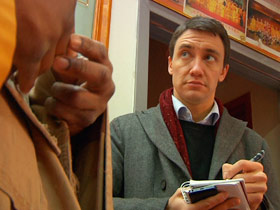 CARNES: People’s faith paths come from all over the world and flow into Eldridge Street from the head of it and then go on down to the end and you have the history of world religions. Right here.

LAWTON: Our first stop, a Saturday morning service at the Buddhist Association of New York, where monks and nuns in the Mahayana tradition are chanting the Lotus sutra. Many of the people here are Fujinese-speaking Chinese immigrants, but after talking with some of the leaders, Carnes and his associate, Christopher Smith, learn the temple is reaching out to people from other backgrounds as well. When they visit a site, “A Journey"’s reporters begin with a set list of questions they ask everybody.

CARNES: What’s unique about this place? If you came to me and you said, "Tony, you should come to our congregation because…" Well, what’s that’s because? How do you impact your neighborhood or your network of people?

LAWTON: After the Buddhist temple, Smith heads over to the Aasafa Islamic Center, to catch a Qur'an memorization class for young immigrants from Bangladesh. Smith is a former bond trader on Wall Street who left business to attend seminary. He now interns at the historic Abyssinian Baptist Church in Harlem. He says visits like this enhance his faith practice. 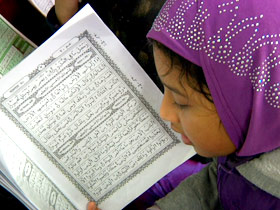 CHRISTOPHER SMITH: Learning the scriptures is important in many walks of faith, and it’s a struggle for me as a Sunday school teacher. But to see kids dedicated to studying the scriptures on a Saturday afternoon is inspiring.

LAWTON: Carnes encourages his freelance reporters to practice a philosophy of journalism he calls “sympathetic objectivity.”

CARNES: We start off with sympathy right up front. We do move to objectivity, but we tell our reporters, who are from all different walks of faith, as long as you do that you can write, cover anybody you want.

LAWTON: Carnes is open about the fact that he’s an evangelical Christian. But he denies that “A Journey” is a covert effort to convert people. He says the project has affected his own practice.

CARNES: I think I’ve had a really a spiritual transformation. I still am a believer in Jesus and, you know, and an evangelical Christian, but to me it’s a journey of my own faith. "A Journey" has made me more free to listen to people, and that may sound like a small thing, but it’s actually pretty big.

LAWTON: He says he wants people to value what sets them apart. 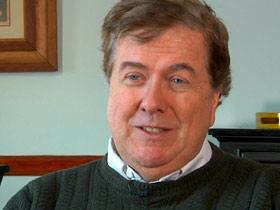 CARNES: We believe that people don’t have to give up their faith to relate to others. We want to say you can talk about your differences. You do things differently, and that’s pretty interesting, and we want to show how interesting things are.

SMITH: Pluralism doesn’t have to mean that everybody comes to the same conclusion eventually. It can mean in a vibrant city like this that there’s many experiences that coexist, sometimes on one street or even in a block.

LAWTON: “A Journey’s” members say they’ve been amazed at how open various houses of worship have been for them. But sometimes, they do strike out. At the end of a long day of journeying, the team often reconvenes at a neighborhood restaurant to debrief. For recent college graduate Chloe Nwangwu, this has been an opportunity to see how what she learned in school works out in real life.

CHLOE NWANGWU: It’s very easy to sort of speak for or assume certain things about religious experiences, but you know, unless you actually go out and get the word on the street you can’t really speak to that. 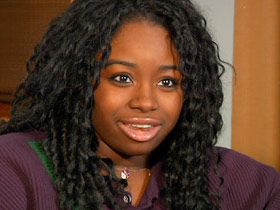 LAWTON: “A Journey’s” firsthand reporting often turns conventional wisdom on its head. For example, in the fall of 2010, when protests erupted over plans to build an Islamic center near Ground Zero, media outlets and political leaders made certain assumptions in talking about the controversy.

CARNES: Everybody said there were, you know, 99 mosques in the city. Well, the problem with that figure is we had visited 170 mosques. We knew that that was just nonsense.

Sunday morning in the Eldridge Street neighborhood is a vivid picture of how religion in New York continues to evolve. Carnes and his team begin at St. Barbara’s Greek Orthodox Church, where the priest is doing the rituals to prepare for the worship service to come. This used to be a synagogue. St. Barbara's thrived after its founding in 1926. Now only a few Greek families still live in the parish, although many come back to worship here on holidays. 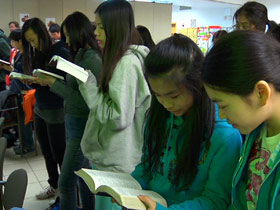 A few blocks away, the New York Chinese Alliance Church has become one of the establishment congregations. There’s a traditional Protestant service upstairs in Mandarin, and an English service led by the youth downstairs. A few blocks beyond that, Lamb’s Church illustrates even more changes. The evangelical congregation is holding worship in three languages, English, Spanish, and a simultaneous translation into Mandarin. Pastor Gabriel Salguero, who is president of the National Latino Evangelical Coalition, says religion is often an underestimated part of the city’s life.

REV. GABRIEL SALGUERO (Lamb's Church): Faith leaders are thought leaders just like Wall Street and the government; we are one section that influences thought and the direction of the city.

LAWTON: The final Sunday stop is where it all began, the historic Eldridge Street Synagogue, once the jewel of the neighborhood.

MATTIE ETTENHEIM (Eldridge Street Synagogue): People coming through these doors when it was built 125 years ago were living in very small apartments; it was very dirty and very crowded out those streets here, and as you came in here, you really transitioned into another world. 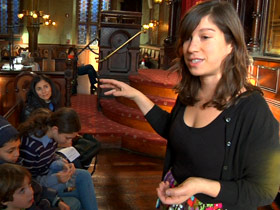 LAWTON: By the 1960s, the building had fallen into disrepair. But after a $20 million restoration project, the synagogue has become a museum, preserving the history and offering programs to help Jews from other neighborhoods explore their traditions, such as this special event to celebrate Tu B'Shevat, the New Year for trees. “A Journey's” members say New York’s religious diversity is playing out in similar ways throughout the U.S.

SMITH: I think we’re a microcosm of intense interaction, but it happens in a healthy way across the country.

LAWTON: And Carnes says he hopes documenting the challenges, celebrations, and uniqueness of New York religion can be a model for elsewhere.

A project called A Journey Through NYC Religions, led by editor and publisher Tony Carnes, is documenting every religious site in New York’s five boroughs, street by street, to show the vibrancy of religious life in a city that some have called the most secular city in America.