BOB FAW, correspondent: The abuse of women is a worldwide epidemic. Every year, according to the United Nations, nearly 700,000 women and girls are traded across international borders and sold into sexual slavery. Tens of thousands more are beaten, raped, and murdered. One quarter of all American women, by some estimates, will be victims of domestic violence in their lifetime. Melanne Verveer was the first United States ambassador-at-large for global women’s issues and is now with the Institute for Women, Peace, and Security at Georgetown University.

AMBASSADOR MELANNE VERVEER (Executive Director, Institute for Women, Peace, and Security, Georgetown University): It is a global scourge. It incurs a great set of limitations on individuals—much of half of the population of the world. Women have enormous agency that is being kept back, and so they are not only being shortchanged, but our world is being shortchanged. 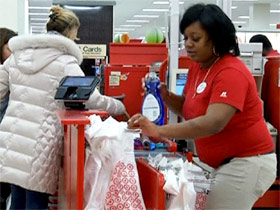 FAW: Full-time female workers earn, on average, 23 percent less than men, while women perform 66 percent of the world’s work, says the United Nations, and women make up the largest block of the world’s poor. Jalwat Ali from Pakistan:

JALWAT ALI (Labour Education Foundation): Of course they are working, but they do not have recognition as a separate entity. No woman's name is ever recorded in the registers. Whatever work she does is noted down with her man.

FAW: Former President Jimmy Carter and his wife Rosalyn have traveled the world championing human rights and charitable causes, and from what Carter has seen and studied, he says the abuse and exploitation of women is the world’s gravest issue. He recently wrote a book about it.

PRESIDENT JIMMY CARTER (Author, “A Call to Action: Women, Religion, Violence, and Power"):  The worst human rights abuse on earth right now is by far the abuse of women and girls, and this takes place not only in every foreign country but also in the United States quite severely.

FAW: In much of developing world boys are prized so much more than girls that newborn females are killed, and female fetuses are destroyed.

VERVEER: You abort a female fetus because you have this great desire that somehow she is not of the same level, the same worth as the son is.

FAW: Some policies like one child per family and extreme poverty, President Carter says, causes parents to choose boys over girls because boys are more able to support the family. 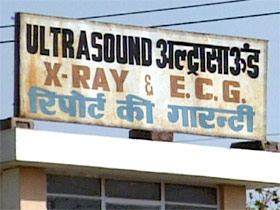 CARTER: We believe about 40 million people were killed in the Second World War. Four times as many little baby girls have been killed in this generation by their own parents, who strangle the little girls at birth. Sonograms have become available to remote villages, and they can detect the sex of the developing fetus, and now after about 12 weeks or so if they discern it is going to be a girl baby, they abort the fetus.

FAW: in some countries like India and China, with so many females being aborted, there are not enough women available to marry, so girls are stolen from their parents and shipped off to be child brides.

SALEHA BIBI: I prayed for my daughter in the mosque, and I gave sacrificial offerings, and I keep praying so I can find her.

FAW: Carter says the World Health Organization estimates that 122 million women and girls have been subjected to female genital mutilation.

ASLI AHMED: What could I do as a child? The adults make the decision for me. It was not your choice.

CARTER: There are about 25 countries in Africa almost half of the females have their genitals mutilated. It is a custom that is perpetuated by women only. Husbands don't insist on it, mullahs don't insist on it, the government doesn't insist on it. In fact, there is a law against it, but women when they were circumcised as children, and they feel it is proper for them to circumcise their little baby daughters. 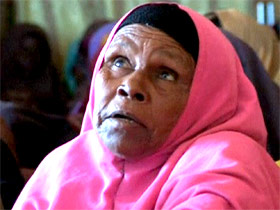 FAW: Carter and others say one root cause of this abuse of women is the misreading of scripture or sacred texts, legitimizing male dominance over females.

CARTER: The great religions misinterpret their scripture. The men leaders of the great religions select verses from the Holy Bible or from the Qur’an that show that women should be given, relegated to a secondary position in the eyes of God, and this gives a potential abusive husband or an employer who wants to pay less to women employees than men an excuse: If women aren't equal in the eyes of God, why should I treat her equal in my business or in my home?

FAW: While Carter says he has great respect for many denominations, he is uncomfortable that Catholic women can’t be priests and deacons. That kind of restriction hit a personal note for Carter and his wife in the year 2000 when a conservative group took over the Southern Baptist Convention, of which the Carters are members.

CARTER: They mandated that women could no longer be pastors, deacons, or chaplains. Those kinds of things disturbed me, so we now belong to a Baptist church in Plains, Georgia, and we have female pastors and men pastors.

FAW: The term “gendercide” or “missing millions” refers to females eliminated by abortion, neglect, and murder, and Ambassador Verveer says if the culture which permits those practices does not change, neither will the abuses.

VERVEER: Women who birth daughters are being made to feel in many places that somehow they failed, they have failed miserably, and often these girls are the last fed, if they’re fed at all, and they are denied any prospect of the kind of life they deserve. 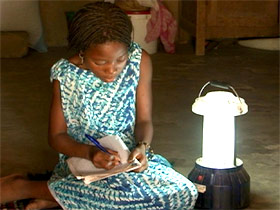 FAW: Both Verveer and Carter agree that too many religious leaders have remained silent about these issues and that until that changes, progress will be slow.

VERVEER: There needs to be a stronger collective voice that says enough, already. We should not be treating half of our world’s population in the way they are being treated, and yet there isn’t that kind of reaction that says there is no place in our faith communities for any of this. And it’s not just religious leaders. We need political leaders across the board to be recognizing these issues for the serious issues that they are.

FAW: The problems are systemic, but progress is being made. In Senegal, for example, one individual, Molly Melching has rallied villagers and stemmed the practice of female genital mutilation. President Carter’s book proposes 23 other remedies, like prosecuting not just prostitutes but also their male customers, and on university campuses where almost one in four women say they have been raped, withholding federal funds if the universities don’t vigorously prosecute the campus rapists.

CARTER: The college presidents and deans don’t want it to be known that rape takes place on college campuses, so they discourage the girls from reporting the rapes, and we have the same problem within the military.

FAW: Carter and others agree very little real progress or change is likely without a change of mindset.

VERVEER: I do think it requires just a real commitment and understanding, particularly on the part of people in power, wherever that power is. We know that women who have incomes spend those incomes in ways that have a multiplier effect. They invest in their families, they invest in education and health care, they raise the standard of living in every place in which they make these investments. That multiplier effect is extremely important to our economies.

CARTER: Women are much more inclined to want to do something about the poor and starving people and those greatly in need, and women are more champions of peace, I would say, on the average than of men. So in every way women need to be extolled, and they'll make our society better.

FAW: To remove a “global scourge,” it will take a whole village—and then some.

For Religion & Ethics NewsWeekly, this is Bob Faw in Atlanta.

President Jimmy Carter says unequal pay, domestic violence, rape on college campuses, sexual slavery, genital mutilation and the killing of female infants make the abuse and exploitation of women and girls the gravest human rights issue on earth. One of the causes of the scourge, he notes, is the misreading of scripture. “The male leaders of the great religions select verses from the Holy Bible or from the Qur’an that show that women should be relegated to a secondary position in the eyes of God,” says Carter, author of A Call to Action: Women, Religion, Violence and Power, “and this gives a potential abusive husband or an employer who wants to pay less to women employees than men an excuse.”