JUDY VALENTE, correspondent: On a busy corner in the heart of the Chicago neighborhood known as Boys Town, volunteers from the Night Ministry hand out food and other necessities. The Night Ministry, an organization founded by clergy members, serves mainly young people living on the streets. These days its volunteers offer an additional service: free HIV tests administered in a van.

RABBI MENACHEM COHEN: What it comes down to is we meet people where they are at, and we provide the services they need, and HIV testing is one of the important services people need.

VALENTE: The number of people who die from AIDS each year has decreased dramatically in the U.S. since the 1990s, and the rate of HIV infections has stabilized in all age groups—except for one. 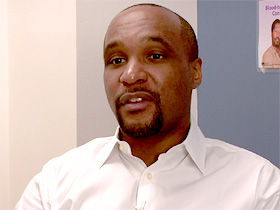 DR. TRAVIS GAYLES (Lurie Children’s Hospital): We have seen a spike and an increase in cases in adolescents, particularly in ages 13 to 25, and specifically young men who have sex with men.

VALENTE: The rate of HIV among young gay and bisexual men has risen twenty-two percent in recent years. Many are becoming infected before they leave high school.

ANNE VULPAS (Coordinator, HIV Prevention, Lurie Children’s Hospital): It’s no longer these kinds of marginalized groups that are getting infected. It’s our children, and our children’s friends who aren’t getting the education they need to be able to protect themselves from the disease.

VALENTE: Today’s teens weren’t even born yet when the AIDS crisis unfolded in the 1980s and 1990s. And, medical officials say, too many remain uninformed about HIV. The national Centers for Disease Control has called for better school- and community-based education. But it’s an uphill battle, especially in schools.

VULPAS: There were, you know, gym teachers and certain teachers who would step up and offer some health courses for the students, but nothing was required. 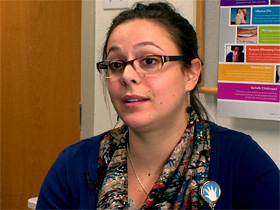 VALENTE: But there is good news, too. An HIV diagnosis is no longer a death sentence. Because of advances in medical treatment, HIV is becoming a condition that can be controlled, like diabetes or high cholesterol.

GAROFALO: These kids should be planning on retirement accounts. I mean, they should plan on leading long, healthy lives, and it’s our job to make that happen.

VALENTE: Three of Chicago’s largest hospitals have teamed up with sixty community agencies, like Night Ministry, to battle HIV. They are using innovative, sometimes unconventional methods to get young people tested and those infected swiftly placed on medication and linked to regular care. The Night Ministry, for example, has turned one of its street vans into a mobile testing unit.

REV. DAVID WYWIALOWSKI: The test that we do takes fifteen minutes. It’s a fantastic thing, especially because we see a transient population, so if we got some blood or if we did something to do a test and we were going to have to wait two weeks to see the person, we may not find the person again. So the fact that we can do it right here with them now is really a fantastic thing.

MATT RICHARDS (Community Programs, University of Chicago Medicine): Emcees will be repeating sort of hooks during the event that are very memorable, like “safe sex is the best sex, better use a latex.” So the overall strategy is that we do not adhere to a “field of dreams” approach, which is if you build it they will come. That is a very unwise assumption with young people. 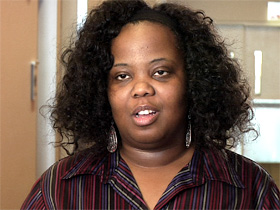 VALENTE: Outreach workers use rapid testing techniques, like running a cotton swab over the gums or a simple finger pinprick to draw blood. These portable tests can be done most anywhere young people are. Schools are another matter.

TURK: They’re scared for us to come in because they’re afraid of what the parents will say. But if the principal thinks it’s important, then typically we can get in.

VALENTE: Another approach is through social media. Outreach workers place their own profiles on websites like Grindr, a popular dating site for young gays. They say it’s a way to build relationships and encourage people to get tested regularly and practice safe sex. But medical workers say there remains a largely untapped resource for spreading the word about HIV testing and prevention.

RICHARDS: Churches have been powerful communities of support and systems of support for people living with HIV. On the other hand, churches have often been a primary driver of really shaming, stigmatizing, inaccurate messages about HIV.

VALENTE: Richards says his own congregation in Chicago, Urban Village Church, an offshoot of the United Methodist Church, has made welcoming those with HIV a priority. 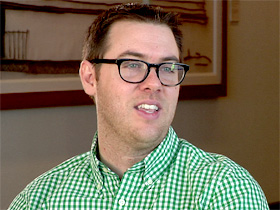 RICHARDS: During the welcome, we specifically mention that, you know, whether you are living with HIV, HIV negative, or unsure of your status, you are welcome here and loved by God.

VALENTE: But churches can do more, he says. They can provide information on HIV prevention, even offer rapid testing.

RICHARDS: Silence tends to be stigmatizing. It tends to suggest there’s a problem that we really don’t want to speak about. We also need to get away from the sort of charity paradigm of, you know, feeling sympathy and pity for these “downtrodden people.”

VALENTE: Richards holds a divinity degree from the University of Chicago. He is working with a local church to open a drop-in center for HIV positive youth on Chicago’s predominantly African-American South Side. Young African-American men account for nearly 60 percent of the new HIV cases.

Twenty-year-old “Edward,” who did not want his real name used or his face to shown on camera, learned he is HIV positive right before his high school graduation. He was involved with a man nine years his senior and did not know his partner was infected.

VALENTE: An HIV diagnosis can be emotionally wrenching at any time of life, but especially for those who are on the cusp of adulthood.

VULPAS: I think it’s really common for them to feel like they’re just keeping their heads above water with either their work, their homework, their relationships, their bills, so getting an HIV diagnosis is sometimes too much for them to handle.

VALENTE: There have been significant advances in medications for treating HIV. In the past, patients took a cocktail of medicines, many of which had side effects. Now there are various one-a-day pills that carry fewer ill effects. One of the newest drugs is Pre-exposure Prophylaxis, or PreP. Doctors say if taken regularly by those who are not infected, PreP can ward off HIV even if a person has unprotected sex with someone who is HIV positive. All of this gives “Edward,” hope. He’s currently in college, studying broadcast journalism.

“EDWARD”: It feels like what happened was a mistake, but now I just have to live with it and do what I have to do to make sure that I stay healthy and live a long life.

VALENTE: And he has a message for others his age.

“EDWARD”: “Always use protection, and to ask questions.”

VALENTE: The CDC estimates that about half the young people with HIV don’t even know they are infected. Doctors warn that if there isn’t more effective education, and prevention, and swift treatment for those infected, the U.S. could face another major AIDS crisis.

The rate of HIV infections has stabilized in every demographic in America accept for one. It has increased by twenty-two percent in recent years for young gay men 13 to 25 years old. A Chicago-based organization called The Night Ministry, founded by clergy members, has equipped a van to offer rapid free testing and other resources right on the street. Rabbi Menachem Cohen serves with them. “What it comes down to is we meet people where they are at, and we provide the services they need, and HIV testing is one of the important services people need.”