SAUL GONZALEZ, correspondent: Philadelphia is a city rich in landmarks, from independence hall, to the Ben Franklin Parkway, to its works of playful public art. The city of brotherly love is also home to an extraordinary variety of imposing and historic houses of worship scattered across its neighborhoods. But many of these grand buildings sit long closed and derelict, with broken windows, locked doors, and for sale signs on them. Other churches, both closed and open, are in simply terrible condition.

Take the 19th Street Baptist Church in South Philadelphia. Built in 1874, it was partly designed by Frank Furness, one of the city’s most celebrated architects. Wilbur Winborne is 19th Street's pastor. 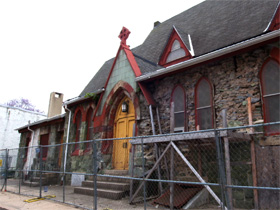 REVEREND WILBUR WINBOURNE (19th Street Baptist Church): It's almost like a version of “This Old House” where you look at a house that's been in a state of deterioration and we need a lot of people and a lot of resources to come and try to help and get this house of worship back on its feet again.

GONZALEZ: Look inside the church, and you can see why the congregation can’t hold services in the main worship space and why the church needs upwards of 3 million dollars in renovation work done.

(to Reverend Winbourne) How did your church get in the shape that it’s in?

WINBOURNE: Well years of neglect. It’s not having the resources that we needed to have. So between neglect, lack of resources and help, this is what we have.

GONZALEZ: And although this church’s condition is extreme, religious leaders and architectural preservationists say too many other historic churches in Philadelphia and other American cities are in similar shape. 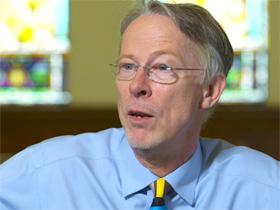 GONZALEZ: In Philadelphia alone, with an estimated eight hundred houses of worship, Jaeger estimates between one to two hundred churches are at risk of closing. That’s already happened to North Philadelphia's Ascension of our Lord Roman Catholic Church. It shut its doors permanently in 2012 after years of financial troubles. But even as its fortunes declined, the church remained a crossroads of community life in this largely poor African-American and Latino neighborhood, says resident Jeff Johnson.

JEFF JOHNSON: This church, man, I used to go to this church when I 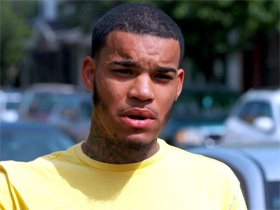 was young. It’s wasted space. They should open it back up and do something with it. Right?

GONZALEZ: Bob Jaeger says even people who never step inside a house of worship should recognize the loss to a neighborhood’s sense of community when a church, synagogue or temple closes.

GONZALEZ: To save churches on the brink, staffers at Partners for Sacred Places help negotiate deals on behalf of houses of worship so that they can earn extra income by inviting other tenants to share their spaces, renting them out to social service organizations and art groups.

That’s what Partners for Sacred Places helped to do for Philadelphia’s massive Shilo Baptist Church. Like so many other houses of worship in this city, it’s crumbling and dilapidated. Small children's pools have been set out to catch rainwater from leaking ceilings, and the church’s congregation is now so small they rarely use the main worship space because of the cost of heating it. 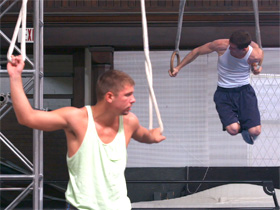 But on the church’s second floor there are sights and sounds of new life. To earn extra income, the church has rented out this massive space to “JUNK,” an avant garde dance and performing arts group that tours the country.

BRIAN SAUNDERS (Junk): Junk brings a lot of energy wherever we go.

GONZALEZ: Junk’s artistic director Brian Saunders fell in love with the space the first moment he saw it, knowing it would be perfect for his high flying performers. But Saunders also had doubts about whether a risk-taking secular theater group could share a sacred space with a church congregation.

SAUNDERS: Junk is certainly known for pushing boundaries, so the idea of how we were going to be able to find common ground inside a church sounded challenging. But when we sat down at the table….we shared more in common than we knew.

GONZALEZ: Church and performers also realized they could help each other. “Junk” needed offices and a big, affordable rehearsal area space in the city; the church needed the sense of life and extra income Junk’s presence and rent would bring in. Reverend Edward Sparkman is Shilo’s pastor. 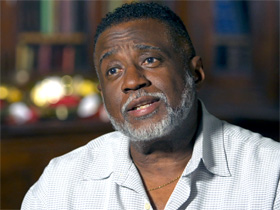 REVEREND EDWARD SPARKMAN: It is bringing in about $30,000 of extra income a year, which we did not have before we started this.

SPARKMAN: Oh, yes! You can’t maintain this building without the additional income. And we realize that now.

Bob Jaeger thinks that’s an example of what other older urban churches with shrinking congregations could, and should, be doing

GONZALEZ: In cities with revived residential and commercial real estate markets, there are people who see opportunity, profit and curb appeal in all of these old and abandoned churches. The key though, as they say in real estate, location, location, location, and turning these houses of worship into places that have nothing to do with faith.

That’s what’s happening at what was Saint Matthew's Baptist Church in South Philadelphia. Closed in 2011, it’s now being turned into over thirty luxury apartment units for young professionals.

(to Barzilay): So when you saw this building what attracted you to it? 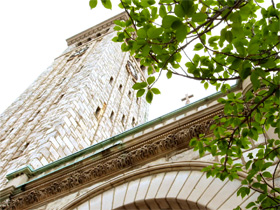 ALON BARZILAY: Well, immediately it was the exterior. The stone. The detail. That iconic clock tower that is so fantastic. You see it from everywhere. And its shear size. This is not a little chapel this a giant building.

GONZALEZ: The man behind this church make over is Philadelphia- based real estate developer Alon Barzilay, who’s spending ten million dollars on the project.

(to Barzilay) This is the very top of the worship space?

BARZILAY: Absolutely. And this is the second story of the bi-level apartments, and you can see the amazing arched details of the ceiling that goes throughout.

GONZALEZ: Barzilay’s not alone in doing this kind of work. Churches have been turned into swank single family homes, stores and commercial spaces, even a brewery and pub. In Philadelphia, Barzilay thinks the property possibilities are endless because of the stock of old and abandoned houses of worship in the city.

GONZALEZ: But sitting with me in a grand downtown Philadelphia church, Bob Jaeger has ambivalent feelings about some church conversions.

JAEGER: Condominiums tend to cut up the space. You know you put up lots of walls and the glory of a space like this would be lost. But that is certainly better than demolition.

GONZALEZ: Back at 19th Street Baptist Church, a small crew of volunteers does what it can to shore up the building using what funds the small congregation can raise. Pastor Winbourne, who came to this church after much of the damage to the building had already been done, says he would love to share the church with other organizations to bring in needed income. He also says he'll do everything in his power to make sure this historic church remains a church.

Across the nation, declining church membership is taking its toll on the physical state of houses of worship. In Philadelphia, churches are venturing into new partnerships to try and preserve their historic buildings. “Congregations have shrunk so much and budgets have shrunk so much that it’s hard for congregations to keep up with their buildings,” observes Bob Jaeger, president of Partners for Sacred Places, who calls the neglect of houses of worship a national crisis. “Unless they do something creative and bold, many of them will close or merge in the next ten, twenty years,” he adds.