LUCKY SEVERSON, correspondent: This is a company called United by Blue. For every product they sell, they promise to remove a pound of trash from oceans and waterways—and they don’t just send a check. They host cleanups across the country. It’s one of over a thousand businesses in the US now designated as a Benefit Corporation, or B Corp.

JAY COEN GILBERT (B Lab co-founder, speaking at Society for Business Ethics meeting): They’re doing it because they are guided by a sense of, whether they call them values or ethics or spirituality or religion, whatever it might be that’s their center of gravity, that says even when no one’s looking and even if nobody else cares, I care, and this is how I want to behave.

SEVERSON: Jay Coen Gilbert is one of three Stanford University schoolmates who did extremely well in business and then co-founded the B Corp movement. In 2006, they started a nonprofit organization called B Lab, dedicated to using the power of for-profit businesses to solve social and environmental problems. An increasing number of states have approved new legislation promoted by B Lab, making it easier for companies to commit to higher standards of purpose and accountability. 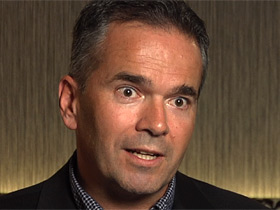 SEVERSON: Bart Houlahan and Andrew Kassoy are B Corp co-founders.

ANDREW KASSOY (B Lab co-founder): Lots of this can feel really good, and you can have lots of people who want to live in a different economy. But the rules of the old economy are an impediment often. We have to do things like change laws so that it’s clear that investors can choose to invest in these kinds of businesses and create long-term value without being worried about getting sued by a short-term investor who wants them to think about nothing other than how much money they make this quarter.

SEVERSON: Through a stringent set of standards, B Lab also measures a company’s real impact on its workers, the community, and the environment. In other words, they certify that the company is doing the good it promises to do.

Have you had any corporations that have lost their certifications?

GILBERT: We’re a pretty pragmatic culture here in the US. We pretty much want to see performance, not just a good mission statement on the wall. And that’s where things like a B Corp certification matter, because it shows that folks are actually walking their talk.

SEVERSON: The King Arthur Flour Company is the oldest flour company in America, over two hundred years old, employee owned, and a B Corp. Their campus in Norwich, Vermont includes a warehouse and an on-site bakery. Suzanne McDowell is a co-CEO and vice president of human resources. 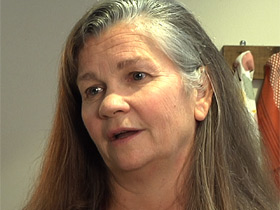 SEVERSON: King Arthur pays its employees well, offers health insurance for part-timers, and gives its workers a week off each year to do community service. Jay Rimmel, a production manager, says it’s caused employees to think more about giving.

JAY RIMMEL (King Arthur Flour): There’s a local haven, homeless shelter—we’ve volunteered there. There’s a food shelf locally that a lot of us have volunteered for. We have some people do reading for school kids. I think it’s trickled down and actually pulled some people into doing volunteer that they hadn’t, wouldn’t normally have thought of.

SEVERSON: Martin Philip is in charge of the bakery. A self-titled “bread head,” he came to King Arthur from the world of investment banking. Now he’s proud to work for a company that cares about more than the bottom line.

MCDOWELL: You know, we want to increase our assessment on the environmental side, and so we decided to put in these electric vehicle charging stations, which we are one of seventy in the state of Vermont. 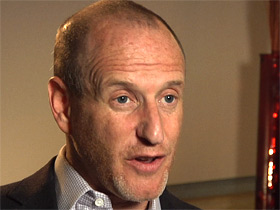 SEVERSON: There are critics of the B Corp model. A common concern is that the very existence of B Corp implies there is something missing or lacking in conventional companies.

KASSOY: We hear that all the time, and we’re not here to stand against anything. We’re here to stand for something. It’s not about tearing anybody down. It’s about highlighting the leaders and showing people that there’s a better way to do business, and then everybody else can follow.

SEVERSON: Kenneth Goodpaster is a professor of business ethics emeritus at the University of St. Thomas. He helped draft a groundbreaking Vatican document released in 2012, entitled “Vocation of the Business Leader.”  It says business leadership is a noble calling and an opportunity to practice Catholic social teaching, which underscores human dignity and the common good.

PROFESSOR KENNETH GOODPASTER (University of St. Thomas): Good goods, good work, and good wealth are the three pillars of this “Vocation of the Business Leader,” and all three of those principles are to be found in the Business Corp idea.

SEVERSON: But Professor Goodpaster says there are still “lurking” problems with the B Corp seal of approval.

GOODPASTER: Unscrupulous managers who would, in the name of doing good, abuse the capital that was given to them and make excuses because ‘we didn’t get a good return this year because we were busy doing what we had to do in the social sense when, in fact, it was mismanagement that led to the poor returns in that year. And there need to be safeguards for the shareholders.

SEVERSON: Corporate law generally favors the shareholders who invest to make a profit. Bart Houlahan learned that first hand before he co-founded B Corp, when he sold his $250 million basketball footwear and apparel company. 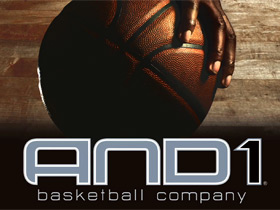 HOULAHAN: The moment when we sold the company, by law the only thing that we would consider at that time was maximizing shareholder value, and it felt to me at the backend of that there had to be a better way.

SEVERSON: One of the more famous examples of a company’s fiduciary obligations to the shareholders occurred in the year 2000, when Ben & Jerry’s Ice Cream, the famous do-gooder company, was suddenly purchased by a European conglomerate.

The founders were accused of selling out.  But their lawyers said if they didn’t sell, because the offer was above market price, they could be sued by the shareholders. With the B Corp designation, that would be far less likely to happen.

Tour Guide: Welcome to Ben & Jerry’s. I’m going to be your tour guide today, so I’ll take you on the three-part tour of our factory, where you’ll see a quick video about how the company got started.

SEVERSON: As it turned out, Ben & Jerry’s was allowed by its new owner to continue its social mission and is now a certified, money-making B Corp. It’s that bottom line that causes some to question the real value of B Corporations. Can they compete at the bottom line?

KASSOY: We know that B Corps have gone out of business at a lower rate than companies like them in the rest of the economy.

GILBERT ((speaking at Society for Business Ethics meeting): Not only did they survive and not only were they creating jobs, over fifty-three percent of B Corps during that period actually had five percent job growth during the same five-year period, where private industry overall in the US shed seven million jobs.

SEVERSON: There have been over forty studies done about B Corporations like King Arthur Flour, comparing them to conventional companies.

HOULAHAN: All of whom have concluded that stronger environmental, social, and governance performance leads to long-term value creation for shareholders. Period. Full stop.

SEVERSON: The timing may be ripe for companies pushing for more than just financial profit.

HOULAHAN: There’s some interesting data that’s come out recently about millennials, who now represent, I believe, over fifty percent of the workforce, and that they’re looking for something more than just money and their work.

GOODPASTER: Students of today, at least the ones we see in our classrooms, want that larger meaning. It’s not that they’re totally selfless or that they’re only altruists, but sure they want jobs, and they want to have families and communities and resources, but that’s not enough for them these days, and I don’t know if it ever was enough, but at least they’re more explicit these days about how important that is to them.

SEVERSON: As they sail away on Lake Champlain for their annual retreat, B Corp CEOs feel they’re getting the wind at their back. B Lab now certifies companies in 34 countries, and over half the states have approved the Benefit Corporation legislation.

We talk with the three Stanford University schoolmates who co-founded the B Corp or Benefit Corporation movement and started a nonprofit organization called B Lab, dedicated to using the power of for-profit businesses to try to solve social and environmental problems. An increasing number of states are approving legislation that will make it easier for companies to commit to higher standards of purpose and accountability.