BOB ABERNETHY, host: As Western Christians celebrated Easter last week, and Eastern Orthodox Christians do so this weekend, the issue of religious persecution has been weighing heavily for many. Security was raised around churches in Kenya after last week's massacre that targeted Christians at a college. Nearly 150 people were killed and dozens injured in the attack by members of the al-Shabab terrorist group. Special prayers and vigils have been held for the victims, many of whom were singled out because of their Christian faith.

In the Middle East, church leaders urged hope despite the ISIS violence that has targeted their communities. Many renewed calls for a temporary protected zone in the region. During several weekend services at the Vatican, Pope Francis urged the world not to look away or be silent in the face of Christian persecution.

Joining me now with more on this is our managing editor Kim Lawton and Father Thomas Reese, senior analyst at the National Catholic Reporter and a member of the US Commission on International Religious Freedom.

Tom, Kim, welcome. Tom, welcome back here, and how do you see all this killing that's going on? 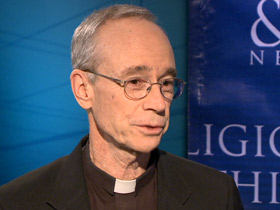 KIM LAWTON, managing editor (Follow her on Twitter and Facebook): I've traveled to some of these places, and it's a real struggle for the church leaders in some of these areas, because they urge their flock to please don't leave, but the families are in danger, and they want to leave. How big of a challenge is this for religious leaders on the ground to try to maintain their community in the face of this?

REESE: Well, it's especially an issue in the Middle East. I mean, in the Holy Land, this is the cradle of Christianity. And there's a possibility that Christians might disappear from the Middle East, so that this is a real crisis for the Christian community. Anybody who's a Christian and knows English or another language and has any kind of education, they want to get out. They want to get out. And who's stuck there are the elderly, the poor, those who can't get out. 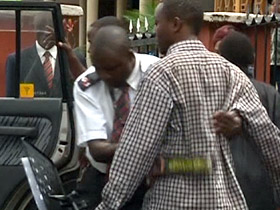 ABERNETHY: What can other Christians, what can people generally in governments do?

REESE: Well, I think we have to keep our eye on this. We have to focus the attention of the world on the crisis that Christians face. You know, everybody's pushing their own agendas, whatever they are, and we need governments to recognize this is an issue they have to deal with. They have to be there to protect Christians and Muslims and Jews, and you know, Hindus and Buddhists, because there are religious groups being persecuted in all parts of the world. This is a real issue that should be a priority for governments and nonprofits all over the world.

ABERNETHY: Can you talk at all about what the U.S. Commission on International Religious Freedom is going to do about this?

REESE: Well, I can't speak for the commission; I can only speak as an individual member of the commission. But we want to bring the focus of attention of the world on these issues. We want to urge the United States government to make this a priority, you know, so that when we're talking to other political leaders around the world, we're not just talking about national security and trade, but human rights and religious freedom is high on the agenda.

LAWTON: And how hard is it, though, to get the U.S. government to make it high on the agenda when there are a lot of interest groups pushing a lot of things, as you said?

REESE: Well, it is difficult. But I think that, you konw, there's the desire to do this, but it just kind of gets dropped down, you know, lower on the priority list. And I think we have to insist that it be up there high on the priority list. It's things like saying the police need to be trained to deal with this. Because a lot of times it's not the government that's persecuting people. It's mobs, and what Christians and other religious groups need is police protection. And people need to be arrested when they do these kinds of things and not just left alone. So these are the kinds of things that our government needs to push for.

LAWTON: And very briefly, some Christians in the Middle East, in particular in Syria and Iraq, have been pushing for a temporary safety zone. Do you think that's a good idea?

REESE: Well, when you're being shot at, you know, you need something like that. You need some kind of safety zone, some kind of protection. That's not a permanent solution. You can't just ghettoize people. I mean, what we have to learn is how do we live together as brothers and sisters, because that's what we are.

ABERNETHY: Tom, it's wonderful to see you again. Kim, to both of you, thanks.

In the wake of last week’s deadly attack against Christians at a college in Kenya, we talk with Rev. Thomas Reese, senior analyst at the National Catholic Reporter and a member of the US Commission on International Religious Freedom, about growing concerns over anti-Christian violence around the world and the need for governments to protect religious communities.

Christian Concerns of Religious Persecution in the Middle East