BOB ABERNETHY, host: Record numbers of Syrians, Iraqis and North Africans continue to flood into Europe. The European Union says more than 700,000 migrants have entered EU countries so far this year…more than twice as many as the total in 2014. The numbers have generated a massive humanitarian crisis.

Here to talk more about this is our managing editor, Kim Lawton, and Sean Callahan, chief operating officer of Catholic Relief Services. Sean is just back from the Balkans, where thousands of migrants keep arriving every day.

Sean, welcome. How many refugees did you see in the time you were in the Balkans? 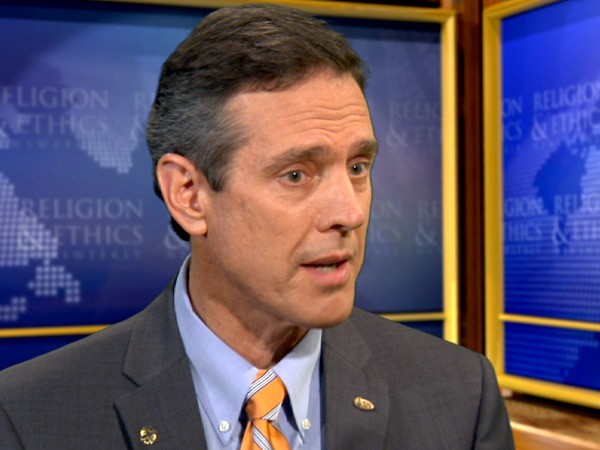 SEAN CALLAHAN (Chief Operating Officer, Catholic Relief Services): We actually saw several hundred as busloads had come up from the border of Macedonia to the border of Serbia and Croatia, through the country of Serbia.

KIM LAWTON, managing editor: And what were the needs? I mean, what kinds of needs were you seeing, and are people about to meet those needs?

CALLAHAN: Right now they need more and more winterization needs; some hygiene, because many of them have been traveling for between six and ten weeks; and then care for children: some baby food, warm clothing, blankets, and things of that nature.

ABERNETHY: Between governments and relief agencies, are they getting what they need?

CALLAHAN: They are getting what they need in the areas and the countries of transition. And so many of these countries—Albania, Macedonia, Croatia, Hungary—they’re transiting through relatively quickly, so they are getting that immediate need, and even some legal assistance. But I think the bigger need is going to be in the area of resettlement.

LAWTON: And where are they trying to go?

CALLAHAN: You know, the vast majority of the population was targeting Germany. 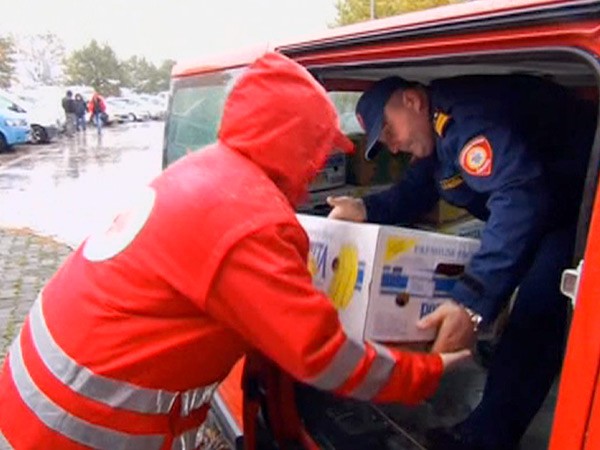 LAWTON: Talk about the challenges for the relief groups, the humanitarians groups that are working in these areas.

CALLAHAN: You know, I think the biggest challenge is this isn’t a refugee crisis where everything is set from day one through the crisis. On a daily basis people shift locations, and they’re using cell phones to communicate what route has been closed, what route is open. So you have to have an agility to respond in one area of the country, and then move it fast to another area of the country.

ABERNETHY: Sean, did you hear any people there, residents there who live there who were complaining about the possibility of there being terrorists coming in?

CALLLAHAN: You know, we’ve heard rumors of that. We met with the ministers and then met with some people in the country, and frankly, particularly in Serbia and in Croatia at this time, most of the people weren’t as worried about that as we’ve heard in the United States.

LAWTON: I’ve heard that there’s a lot of interfaith dimensions to this crisis. Can you talk about that?

CALLAHAN: Yeah. We’ve been very pleased that this region, which has been subject to a lot of religious strife over the years, people have come together, and we have actually found that it’s really uniting some of the local populations. We often hear of the tragedies and some of the complaints about people coming in that are outsiders. Mostly what we’ve seen is people uniting, bringing welcoming gifts, warm clothes and things, and joining in as volunteers in this humanitarian effort. 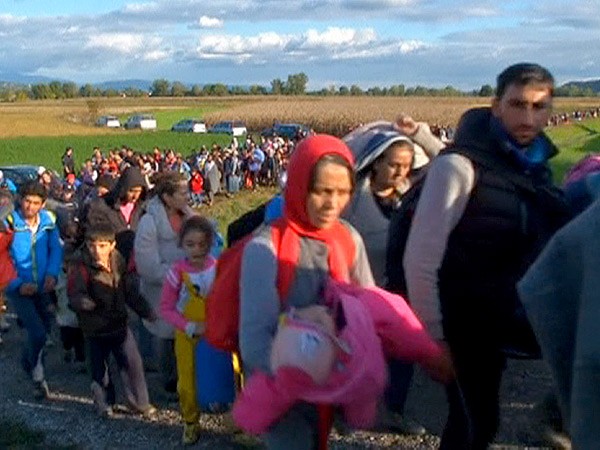 ABERNETHY: You were testifying this week up at the Capitol about what the United States should be doing. What’s the number one thing we should be doing?

CALLAHAN: The United States has done a lot of great assistance over the last several years with this crisis: $4.5 billion. And I think we need to keep that up, keep that assistance up, and support our European partners, because they are facing the brunt of this challenge right now.

LAWTON: What about resettling people here? There have been varying calls to bring more people here, and then there has been some opposition to that. What are you recommending?

CALLAHAN: The US has only resettled about 1700 so far during this crisis, and the administration has now said that they will expand it to about 10,000. What we would like to do is see at the call of Pope Francis is that we all open our doors a little bit more, and we expedite the process. Currently for the refugees to get in it takes about 18 to 24 months for them to be reviewed, and we’d like to expedite that, because these families are in tragic situations and really need to move quick.

CALLAHAN: I think some of the recipient organizations, like Catholic Charities, our partner organization in the United States, and the communities need to understand some of the culture and history of these people coming in. But some of the initial resettlements we’ve heard have been very positive, and communities have been showing their compassion and really welcoming them in.

ABERNETHY: Sean Callahan, many thanks. Really good of you to come in.

ABERNETHY: And Kim Lawton, many thanks to you.

Record numbers of Syrian, Iraqi, and North African migrants have been flooding into Europe, generating a massive humanitarian crisis. Host Bob Abernethy and managing editor Kim Lawton talk with Sean Callahan, chief operating officer of Catholic Relief Services, about how faith-based groups are trying help the refugees and what the US can do to address the crisis. Says Callahan, “What we would like to do is see, at the call of Pope Francis, that we all open our doors a little bit more, and we expedite the process. Currently for the refugees to get in it takes about 18 to 24 months for them to be reviewed, and we’d like to expedite that, because these families are in tragic situations and really need to move quick.”