LUCKY SEVERSON, correspondent: Grieving is a universal experience. Virtually every sane human from time immemorial has suffered personal pain when loved ones die. It may seem unlikely for some, but for others social media provides comfort, and it matters.

Within hours of the recent Paris terrorist attacks, Twitter, using the hash tag Pray-For-Paris, recorded 6.7 million posts. Facebook pages were suddenly awash with friends cloaked in the French flag’s red, white, and blue. France knew it was not grieving alone.

Severson: Carla Sofka is a professor of social work at Siena College in Albany, New York, and co-author of the book Dying, Death and Grief in an Online Universe. She says our earliest ancestors displayed their grieving on rock walls, so it shouldn’t come as a surprise that in 2015, the world shares its pain on the social media wall. 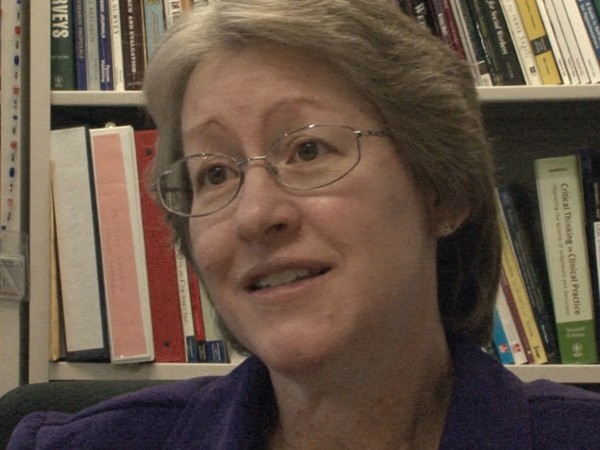 From YouTube: “She went to a theatre to see a movie and was killed.”

SEVERSON: Sandy and Lonnie Phillips will never forget the phone call the night of the Aurora theatre shootings in Colorado from the friend of her daughter, Jessie.

SEVERSON: Jessie was one of the first victims identified in the aftermath. 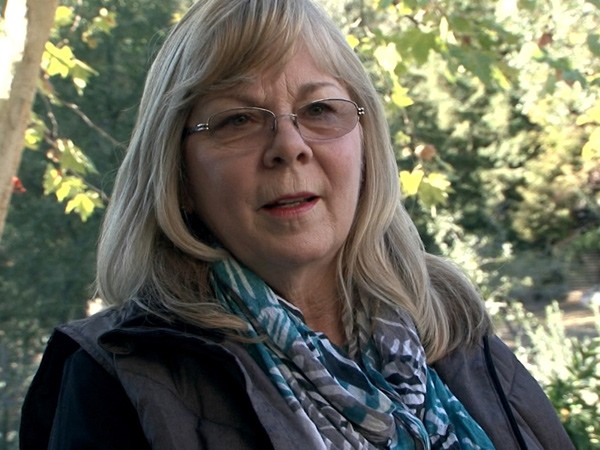 SANDY PHILLIPS: I do remember the first time I went back onto Facebook. And all of a sudden there were all these people saying how sorry they were and, you know, that kind of thing. But I didn’t realize the power of social media at that point.

LONNIE PHILLIPS: I got active on social media, but nothing like Sandy. She just—she spends a lot of time on it. It comforts her.

SEVERSON: Beyond Facebook there are many more social media tools, some surprising.

SOFKA: Some people are sending direct messages to the person who has died using their Twitter feed. Snapchat you can send pictures instantly, Instagram, those kind of things. YouTube you can create memorial videos for someone in remembrance of them.

SEVERSON: Roger Lindberg, a television production executive, is one of millions who have turned to Facebook to share their private grief. He retired early so he could take care of his wife Bonnie, who was dying from a rare lung disease. 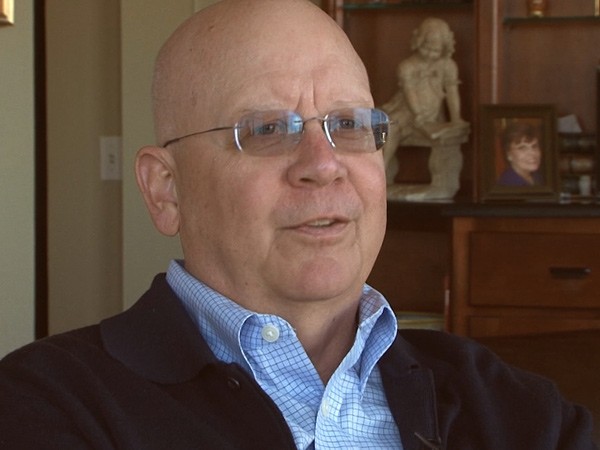 ROGER LINDBERG: The Facebooking definitely was comforting for her. She kept up very regularly with everybody. She would post things from hospitals, she would post pictures of kids, and stuff like that and always be talking.

SEVERSON: Bonnie had contacted friends she hadn’t talked to in 40 years, and now, a year-and-a-half after her death, those friends are still in touch with Roger, who is convinced his interaction on Facebook helped him with his grief.

LINDBERG: I think that made a difference in helping me understand that what I’m going through, what I’m feeling—I’m not alone and there is a future. Because when something like that happens you feel like, what is the future? Where do I go from here?

JAMIE SARCHE: Having people be physically present for you, sitting next to you, putting their hand on your shoulder, hugging you—you can’t get a hug from Facebook.

SEVERSON: Jamie Sarche works for a funeral home that, she says, performs a majority of the Jewish funerals in the Denver area. She is not a convert to grieving on social media. 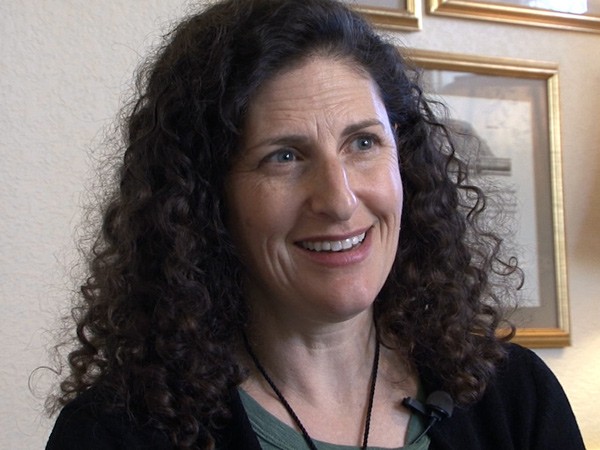 SOFKA: I have to respect the people who have come to appreciate face-to-face contact, and they want that interpersonal connection. But I also have to respect the fact that young people who’ve never experienced a life without this technology view it very differently than I do. And if people in my generation are not teaching their kids how to do it in person, Smartphones, technology may be the only way these young people have to express their feelings and their thoughts.

MARCUS WEAVER: So I use Facebook to talk about kind of my pain, what I was going through at the time and how difficult things were, but also for a source of encouragement the other way, from my friends and family,

SEVERSON: Marcus Weaver works at two charitable foundations in Denver helping low-income families. He already had lots of friends on Facebook before the Aurora shootings.

WEAVER: I still see the gunman’s—the smoke going across the theater as he came into the theater. His outfit of Kevlar that he had on and the sound, you know, I never escape out of my mind is the shots of the AR-15 gun just repeatedly going off and, you know, and Rebecca not moving.

SEVERSON: Rebecca, his friend, was killed instantly. Marcus was shot in the arm. He received thousands of messages on Facebook, many from fellow evangelicals. 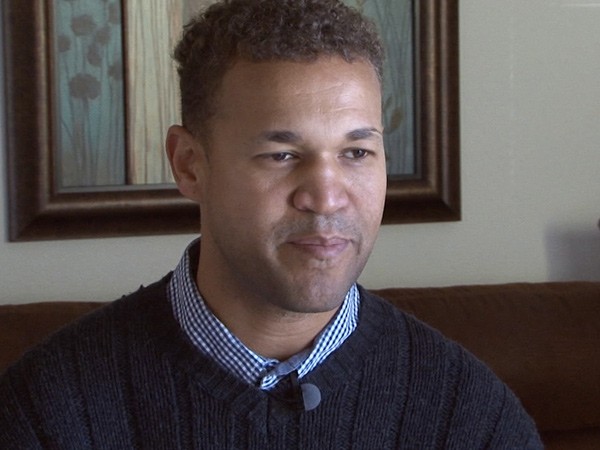 WEAVER: I surrounded myself by, you know, people on Facebook who were prayer warriors, and so there’s a lot of people that came out of nowhere. I probably wouldn’t be sitting here today in front of you if it wasn’t for those prayers.

SEVERSON: There is a downside to putting your life out there on social media. It’s called trolling.

SOFKA: Trolling is a phenomenon where you have someone who is going onto a memorial site probably not with good intentions.

SANDY PHILLIPS: You know, I remember early on somebody posting something to me about too bad you weren’t in the theater with her. Other people who have said cruel things that, you know, my daughter’s still alive and living in the Bahamas, and we’re rich and have been paid off by the government and, I mean, crazy, really crazy things.

SEVERSON: Many seem to agree that social media can aid in the therapy of grieving, but that it’s often not enough.

SANDY PHILLIPS: Social media can alleviate some of the pain, but it can’t really take the place of a therapist in a situation that’s as horrific as losing a child.

SEVERSON: As with much of social media, the future is already present. Cemeteries, for instance. It’s now possible to hear the voice of the deceased when that iconic QR bar code embedded in the headstone is scanned with a Smartphone.

SOFKA: So technology is limitless, and as long as people get creative and think about ways to do this I have no way of knowing exactly what all will be done to preserve somebody, to immortalize somebody digitally. It’s fascinating and somewhat scary.

SEVERSON: Sofka says that although some parts may be troubling or scary, she sees far more advantages than drawbacks in this limitless technology that enables us to share our grief on social media.

Are social media changing the way we mourn and grieve? As Lucky Severson reports, millions now turn to Facebook, Twitter, Instagram, and YouTube to participate digitally in group grieving—especially in the aftermath of events such as recent terrorist attacks, gun violence, and natural disasters; to console and comfort, share sympathies, and memorialize death. But how real is virtual grief, and how well do social media alleviate human pain?

Coping with Loss and Grief