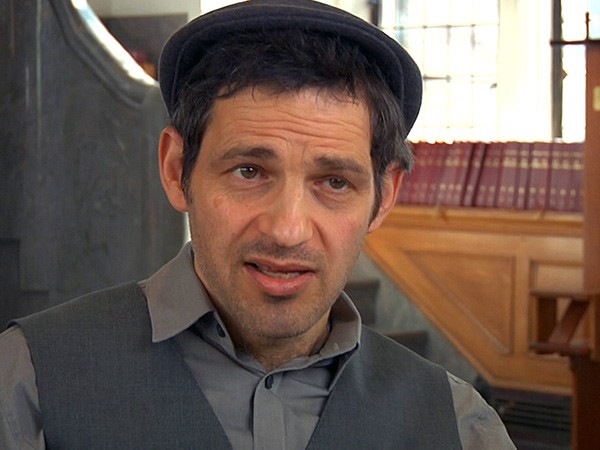 GEZA ROHRIG: We are talking about the heart of Europe in the middle of the 20th century, with the cooperation of lawyers and doctors and architects and the clergy, in front of their very own eyes ten thousand of images of God were gassed and burned every day in Auschwitz.

DAVID TERESHCHUK: The fundamental question of human evil is addressed in “Son of Saul,” the international movie debut of Geza Rohrig. But he’s no ordinary actor among Oscar contenders. He plays the main character in this death-camp film, but he’s primarily a poet, novelist and teacher, and most of all an Orthodox Jew. Rohrig was adopted as a child by a Hungarian Jewish couple whose relatives were murdered by the Nazis. In his late teens Rohrig intensively studied the Holocaust, including making an extended visit to Auschwitz.

ROHRIG: Immediately, I had a sense that I felt like I belong there. I started to examine this very strong reaction of mine. Why can’t I just let go, and go back to the train station? I rented a room and came back for a month. There’s a lot of unburied dead people there. It’s the largest cemetery of Jews. Every third victim in Auschwitz was Hungarian.

TERESHCHUK: Rohrig’s character in the film, Saul, is a member of the SonderKommando - groups of Jewish prisoners forced to herd their fellow Jews into the gas chambers and dispose of their remains, as part of the Nazis’ industrial process of extermination.

ROHRIG: I really think that the most demonic aspect of Nazism was this sort of division of labor, to leave the dirty work of the Holocaust to the victims themselves, let them burn their brothers and sisters and by doing that their innocence was taken away from them. They were kind of dragged down to the rock bottom of the morality of the perpetrators. 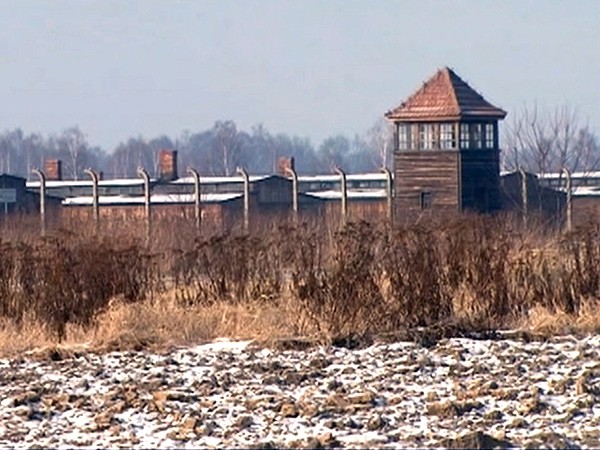 TERESHCHUK: Saul feels suddenly compelled to ensure that at least one person gets a proper, ritual burial, a young boy. He has surprisingly survived the gassing, but only for a short while. Now that he’s dead, Saul wants first to save his body from being dissected by camp doctors.

ROHRIG: His pursuit is to bury this boy. He can’t bury them all. He’s going to bury this one. It’s his job, it’s his purpose from now on, that’s what keeps him alive. I always defend Saul. People walk up to me after screenings and they say, “This guy is a fool, he is an idiot. What difference does it make to bury one boy, when there are so many ... goes in the oven?” And I say, listen, just because something is impractical, it doesn’t mean that it’s not important or even not substantial. So for Saul this was absolutely paramount to make sure this one is buried, and I think it’s beautiful.

TERESHCHUK: For the burial he somehow hopes to achieve, Saul needs to find a rabbi among his fellow SonderKommando, someone who would know the Jewish burial rituals. 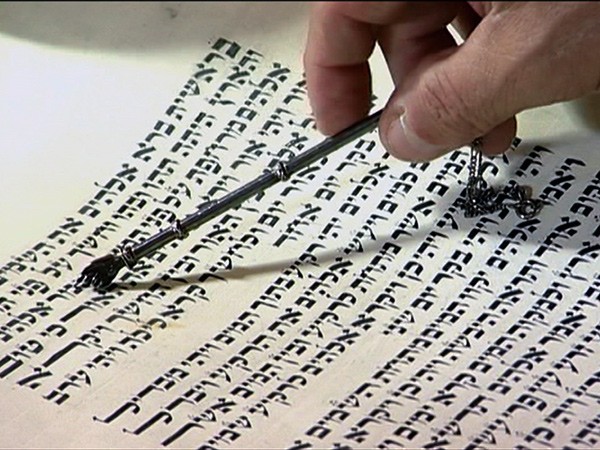 TERESHCHUK: Rohrig like many others has wrestled with how a loving God could have allowed the Holocaust to happen, but he didn’t lose his faith, at least not his faith in God.

ROHRIG: I lost faith in man, and I have a moral necessity to believe, and if I couldn’t believe in man, that kind of led me to believe in God.

TERESHCHUK: Rohrig looked to the Torah story of how Abraham, or Avraham, angrily questioned God.

ROHRIG: Avraham, (Abraham) when he was trying to negotiate about the fate of Sodom and Gomorrah, he says [ in Hebrew], “Will the judge of the whole world not do justice? How can you destroy the righteous with the wicked?” Whenever I came across an argument against God, I always found a counter-argument for God. It eventually comes down to the question, who you are. If, by believing, you are more you, then you have to believe, and I am more myself believing. I’m kind of disoriented if I tried to take a position that will deny the existence of God, because that’s not who I am.

TERESHCHUK:: So for you, where was God in the death camps?

ROHRIG:: I believe God was right in the middle of it. God was not abandoning his people. I think we are given free choice and God was suffering along with everybody else who were suffering there. I think that he escorted us all the way.

TERESHCHUK: Even into the gas chambers?

ROHRIG: Yes. If I wouldn’t believe that, a million-and-a-half Jewish children who were murdered upon arrival, then I would have no choice but to spit God into his face. There is no other way to make this case of God unless I believe that he was there. 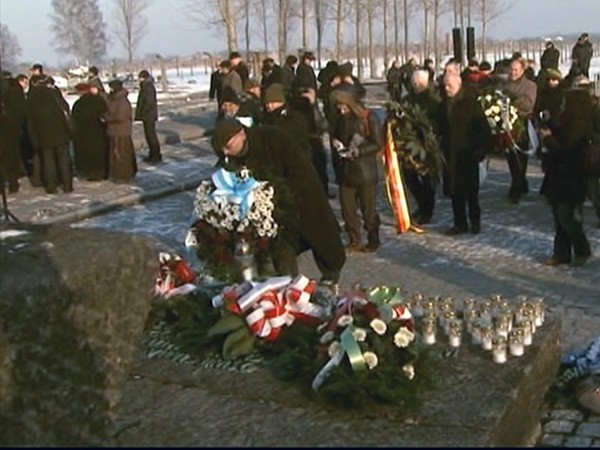 TERESHCHUK: Rohrig fears future generations will not be emotionally connected to the Holocaust.

ROHRIG: Younger generations, they go to Auschwitz and do selfies. It’s not a lack of knowledge. These kids don’t deny it happened. They all know it’s 6 million, they all know it’s gas, but they don’t feel it.

TERESHCHUK: Seventy-one years after the liberation of Auschwitz, though, Rohrig does not feel hopeful.

ROHRIG: I don’t think history turned a page, I think genocide is a permanent possibility. And I thought the bloodiest possible century is just behind us; the 21st must be much better. Well, 15 years into the 21st, it doesn’t seem very promising.

Correspondent David Tereshchuk talks at Jewish Theological Seminary in New York City with Hungarian actor Geza Rohrig, an Orthodox Jew, about his lead role in the widely acclaimed and Oscar-nominated movie “Son of Saul.” God was in the midst of the suffering at Auschwitz, says Rohrig, who plays Saul, a member of the Sonderkommando, the Jewish prisoners forced to herd their fellow Jews into the gas chambers and dispose of their remains, as part of the Nazi industrial process of extermination.