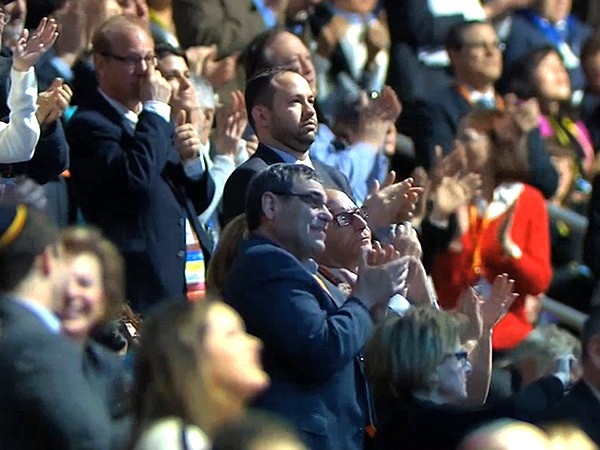 KIM LAWTON, correspondent: The American Israel Public Affairs Committee is the nation’s largest and most influential pro-Israel lobby group and always a key stop for presidential candidates. Some 18,000 delegates attended this year’s AIPAC meeting where Democratic and Republican politicians talked about their positions on Middle East policy and other issues of concern to the Jewish community.

HILLARY CLINTON in speech: We must repudiate all efforts to malign, isolate and impugn Israel and the Jewish people.

LAWTON: According to a 2014 Gallup poll, 61 percent of American Jews are Democrats. Many of the delegates here said their vote is based on Jewish values, especially the teaching that Jews are supposed to help “repair the world,” tikkun olam.

DANIELLE KROO, (Hillary Clinton Supporter): When I think who I’m going to vote for, who I’m going to support and who I want to lead this country, it absolutely comes from the ideas of tikkun olam, it comes from treat people how you want to be treated, do unto others. And also compromise. 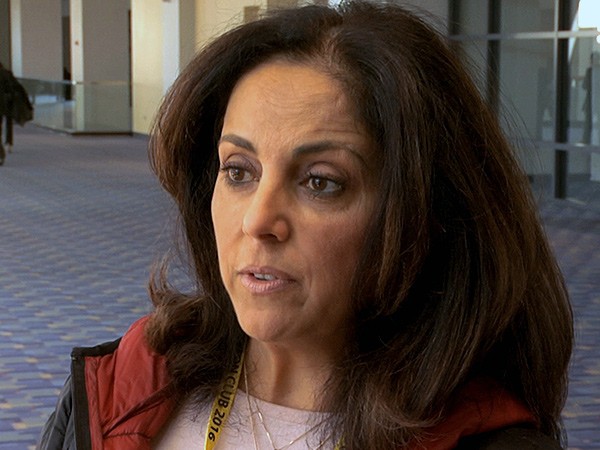 LAWTON: Some delegates were frustrated that Bernie Sanders, the first Jewish presidential candidate, decided not to attend the meeting. He campaigned out west instead.

ANGELA MADDAHIA, (Undecided Voter): I think Bernie Sanders made a really bad political move. I think he would have had a big platform to speak and people would have listened to him, I think people would have respected him more if had he come out and not dissed AIPAC.

LAWTON: Still, there was strong admiration for Sanders among the delegates, no matter which candidate they support.

BARRY SHEPPARD (Hillary Clinton Supporter): In some ways, I am hard pressed to be against a candidate who was bar mitzvahed and went to live in Israel for awhile, and I have a tendency to like Bernie and I like many of his ideals. 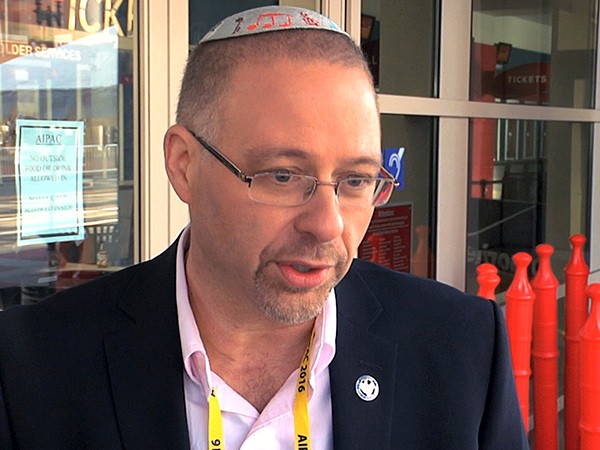 RABBI DAVID PASKIN, (Come Together Against Hate): He’s made bigotry and xenophobia a cornerstone of his campaign and as religious leaders and of people of faith, we have an obligation to listen and then say enough. It’s time to stand up, it’s time to stand together against this hatred.

LAWTON: While Trump was addressing the crowd, some assembled in the hallway to do Torah study instead.

RABBI DAVID PASKIN: America and Israel are built upon values. B’tzelem Elohim, everyone is created in the image of God; kavod habriyot, respect due to all God’s creations. Those are the values that these countries are built on.

LAWTON: Trump did have supporters here despite concerns about his rhetoric.

CASEY WINDERBAUM, (Donald Trump Supporter): I just think it’s just his tactic. I don’t necessarily agree with it, I wish that he would just calm down and tone down it, get a little more of a filter. But I think, in general, I don’t think he is anti-Semitic. No. His daughter is an Orthodox Jew. 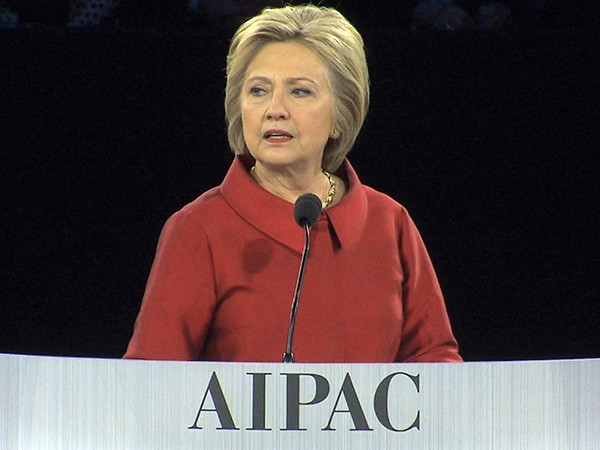 LAWTON: Although Jewish voters are concerned about a wide range of issues, America’s support for Israel remains the top priority for AIPAC members. Some in the Jewish community were troubled by recent statements Trump made insisting that as president, he would remain “neutral” while trying to broker an Israeli-Palestinian peace deal.

CLINTON in speech: We need steady hands, not a president who says he’s neutral on Monday, pro-Israel on Tuesday, and who knows what on Wednesday, because everything is negotiable.

LAWTON: In his address, Trump received several standing ovations as he pledged his unwavering support for Israel. He promised to crack down against Iran and to move the US embassy to Jerusalem, which he called the “eternal capital of the Jewish people.” 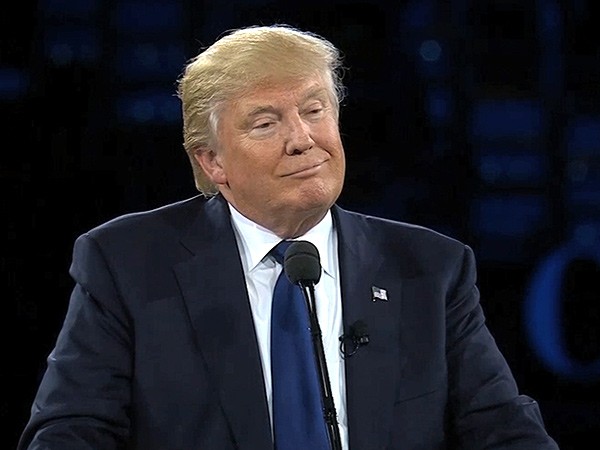 DONALD TRUMP in speech: When I am president, believe me, I will veto any attempt by the UN to impose its will on the Jewish state. It will be vetoed 100 percent.

LAWTON: As the campaign moves forward, many here said it’s vital that Jewish voters across the board continue to raise their voices in the process.

PASKIN: We think this is the precise moment that we have to speak up.

Democratic and Republican presidential candidates reached out to Jewish voters this week at the annual meeting of the American Israel Public Affairs Committee, or AIPAC, the nation’s largest pro-Israel lobby. Kim Lawton reports on the clashes over Jewish values that took place during the gathering.