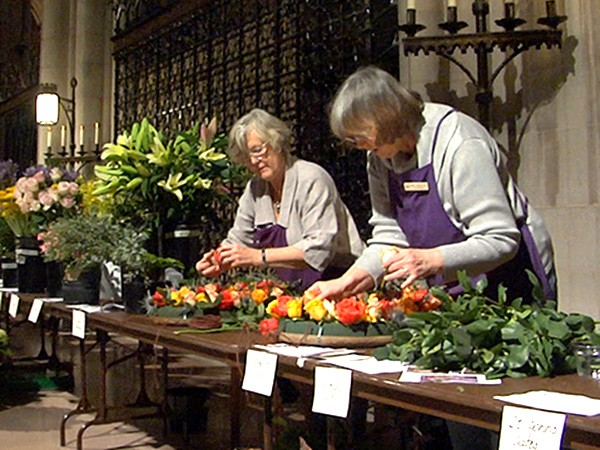 KIM LAWTON, correspondent: It’s Good Friday at Washington National Cathedral, and volunteers are getting ready for Easter Sunday. They’ve been preparing for weeks to help the congregation celebrate the most joyous day on the Christian calendar. Here, and in churches around the world, flowers are a central part of Easter Sunday worship, symbolizing the rejoicing that comes with new life.

LINDA ROECKELEIN (Washington National Cathedral): We’ve been through Lent, which can seem so long and so colorless, really. It’s a black and white time. So we can’t wait to get that color and the life back into the building.

LAWTON: At National Cathedral, Linda Roeckelein heads the Flower Guild as well as the Altar Guild. She’s been helping to decorate the cathedral for more than 50 years. Given the size and architecture here, it’s a huge job. A team of about 40 volunteers helps pull everything together for Easter. They follow special “flower recipes” that Roeckelein has created to decorate all over the building. 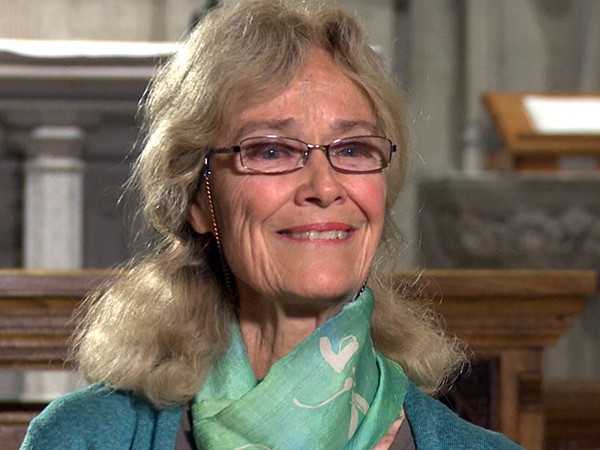 ROECKELEIN: I make out a recipe for each location, and I design what flowers will go into that location and how many of everything I need.

LAWTON: Roeckelein sees it as a ministry.

ROECKELEIN: Through the flowers, I’ve always wanted to help people see different things they had not seen before.

LAWTON: This year, a family has donated large branches from their backyard that Roeckelein will use as part of the decorations.

ROECKELEIN: It came from outside. It’s been outside waiting all winter to come into the cathedral.

LAWTON: She intends to attach vials of fresh flowers to the dead branches. 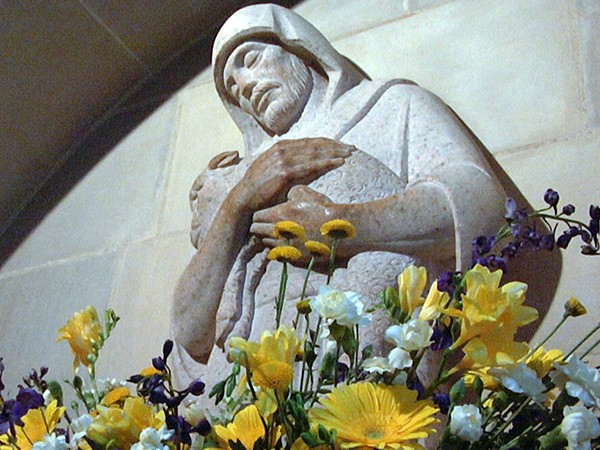 ROECKELEIN: Perhaps orchids or gerberas or roses or something in it, and flowering spring-type branches, and make it look like a living tree. I love to do that kind of thing. To reuse things but in an imaginative way that sort of shows you life goes on, and sort of shows you this thread through life.

LAWTON: For Christians, the idea of new life coming out of death is the resurrection, and for centuries, flowers and especially lilies have helped set the tone for Easter Sunday worship. But some leaders are concerned that on Easter, too many Christians want to go straight to celebrating the resurrection without having first adequately reflected on the crucifixion.

REV. FLEMING RUTLEDGE, (Author, The Crucifixion): More and more we just think of it in American culture as a festival of bunnies and flowers. There’s, what’s missing is the profound struggle that Jesus underwent in order to take on the burden of sin and death. So Easter becomes a very thin, generic festival. 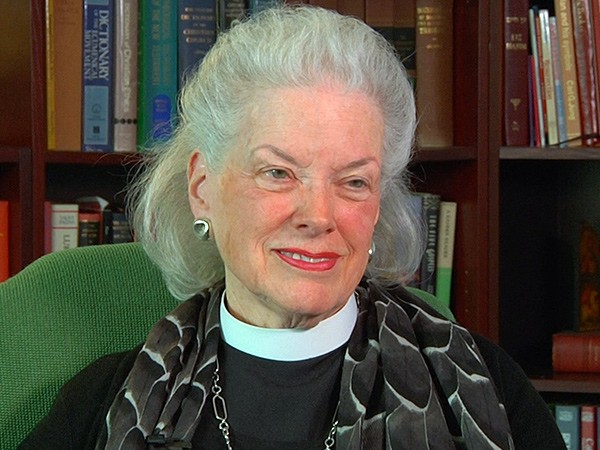 LAWTON: Reverend Fleming Rutledge was one of the first women ordained in the Episcopal Church. A nationally known preacher and teacher, she has released a new book called The Crucifixion. She calls it her life’s work. Rutledge believes that preaching about the crucifixion has been sidelined in many American churches.

LAWTON: During the period of Lent, and especially during Holy Week, many churches shroud their crosses as a vivid reminder of death. Rutledge argues that in an era that has been marked by genocide and terrorism, it is imperative that Christians reflect on evil, suffering, and death. 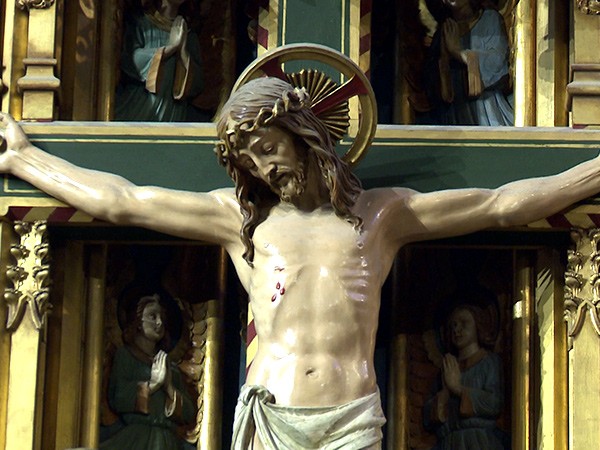 LAWTON: Focusing on the crucifixion, she believes, will make celebration of the resurrection all the sweeter.

LAWTON: Rutledge says she loves flowers in the church on Easter and especially a tradition she grew up with known as “flowering the cross,” where fresh blooms are attached to wooden crosses. But she cautions that flowers eventually break down as a symbol of the resurrection.

RUTLEDGE: Too much emphasis on flowers robs the event of its unrepeatable quality. Flowers coming up in the spring is not a miracle. It is a wonderful thing. But it is not a miracle because we expect it, and it happens every year. 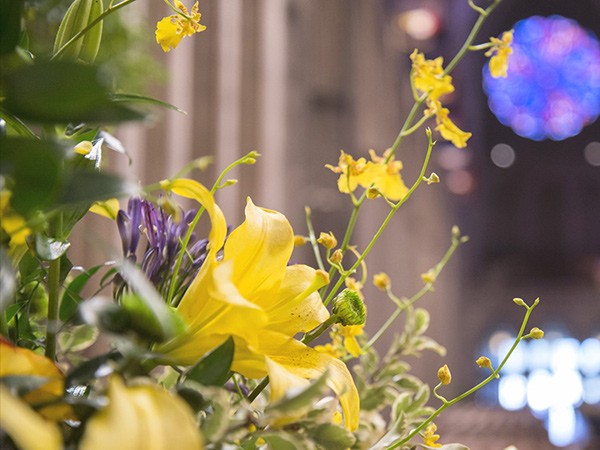 LAWTON: Still, Rutledge says as a contrast to the shrouds of Lent, flowers remind Christians of their belief that the crucifixion wasn’t the end of the story.

LAWTON: And in churches as large as the National Cathedral and as small as the chapel down the street, believers say flowers mark that rejoicing.

ROECKELEIN: You’re pouring your heart and soul into what you’re doing, as are all of my volunteers. They’re looking forward to this wonderful time and praising God and nature and all the creations around us for this festival. It can’t be matched, really.

LAWTON: Which is why, for so many Christians, it isn’t Easter Sunday morning without the flowers. I’m Kim Lawton reporting.

As Western Christians celebrate Easter (March 27), correspondent Kim Lawton looks at the role flowers play in Easter worship services as a symbol of new life. She talks with Linda Roeckelein, head of the Flower Guild at Washington National Cathedral, about decorating that massive building, and also with Rev. Fleming Rutledge, author of the new book The Crucifixion, who says Easter becomes “a very thin, generic festival” without “looking into the grave and then saying we rejoice with the risen Christ.” Only then can flowers “give us the gladness that comes with the unrepeatable quality of the resurrection.”