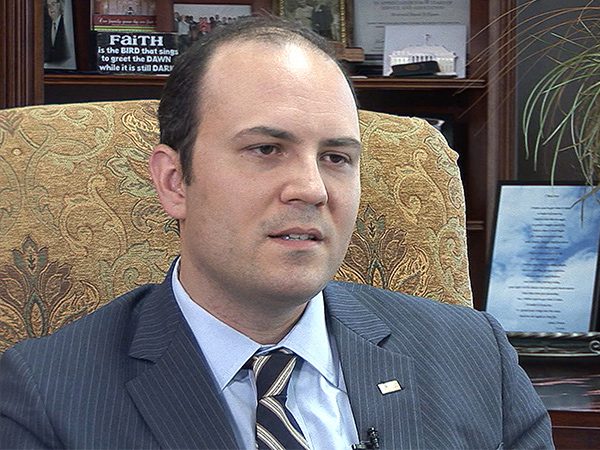 LUCKY SEVERSON, correspondent: Protestors, most of them angry about a new, wide-sweeping Mississippi law that gives persons and businesses, because of their religious beliefs, the right to deny service to gays. Ron Matis is the political liaison for the Mississippi district of the United Pentecostal Church. He was instrumental in getting the controversial law passed.

RON MATIS: Christians are encountering the discrimination here. Christians are the ones that are feeling that there are going to be repercussions for taking a stand as a result of their faith. This bill just—all it says is that the government isn’t going to get involved in allowing discrimination against people of faith.

SEVERSON: The law is called the Protecting Freedom of Conscience from Government Discrimination Act. A key question is, who is being 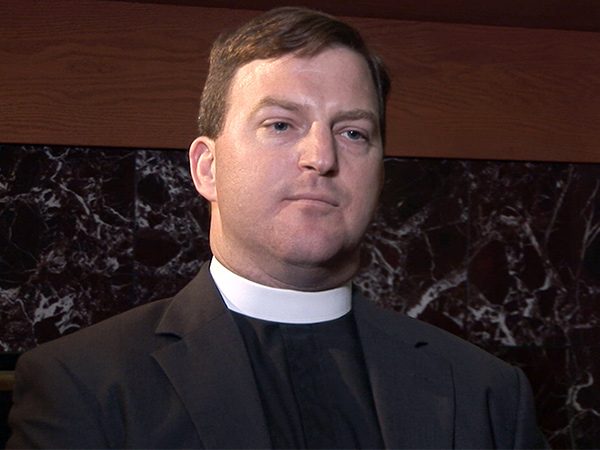 discriminated against? Before the law, because of their religious conviction people could be penalized because they wouldn’t hire gays or sell to them or do business with them. On the other hand, people can now be fired or not hired because they’re gay, and they can be denied many other services. This is United Methodist pastor Chris Donald.

REV. CHRISTOPHER ROSS DONALD (College Chaplain and Director of Religious Life, Millsaps College): Well, I think what it does is it creates a division among the people in Mississippi, and it enables people who have bigoted beliefs to whitewash them with the language of religion and to refuse to serve people because of their sexual orientation or their gender expression. 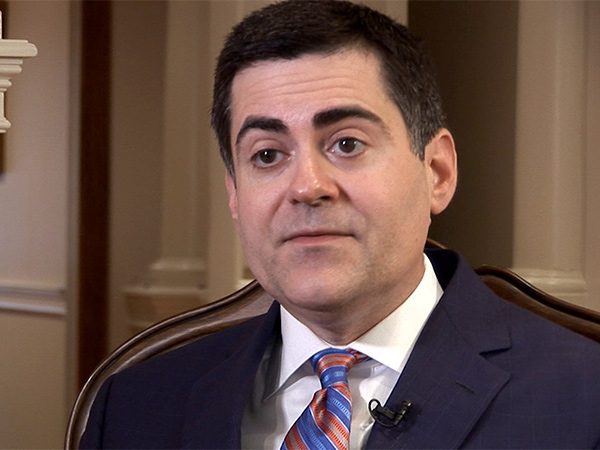 SEVERSON: This is Russell Moore, the president of the Ethics and Religious Liberty Commission of the Southern Baptist Convention.

SEVERSON: For some, the feeling that people of faith are under siege grew dramatically after the Supreme Court legalized gay marriage in 2015. And now Matis worries the government could force clergy to officiate at gay weddings.

MATIS: So there’s a potential, say, for a pastor in those communities, one of those communities, to have concerns that if he declined to officiate at a wedding ceremony that he could be fined by his local government for declining to take part on account of his sincerely held religious beliefs.

BISHOP BRIAN SEAGE: It’s a law that wasn’t necessary, and it’s an answer to something that’s not a problem.

SEVERSON: Bishop Brian Seage of the Episcopal Diocese of Mississippi says that the First Amendment already protects the clergy.

SEAGE: They didn’t need to be worried about the state coming in and telling them what to do because they have, as clergy and as ministers of the gospel, they have the right to decline to do any service for any reason. 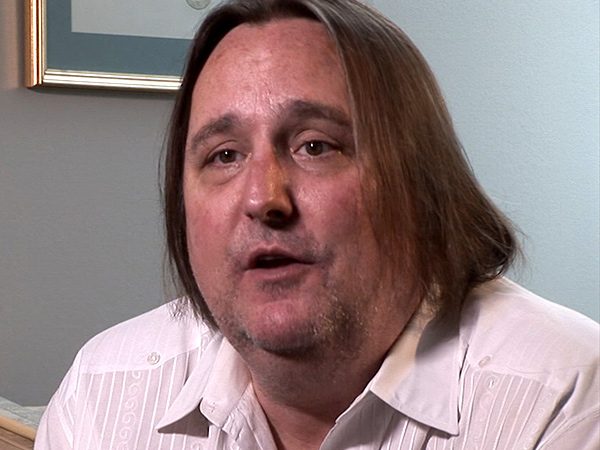 PROFESSOR MATTHEW STEFFEY: I think maybe there are maybe a half a dozen reasons why this law is unconstitutional.

SEVERSON: Matt Steffey is a professor at the Mississippi College School of Law.

STEFFEY: You know, there is a long and strong line of authority from the Supreme Court that say government simply cannot use religious criteria or religious beliefs, a certain set of them, as the basis for government action.

Governor, can you tell us why you signed the bill?

GOVERNOR PHIL BRYANT: Sure, because I think it’s a good bill, I think it protects the religious freedom of people who have deeply held religious beliefs, so did the legislature and so did the majority of the people of the state of Mississippi so we signed it into law. 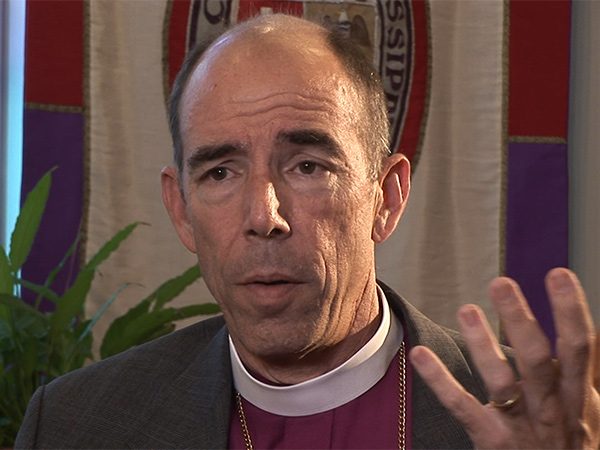 SEAGE: Mississippi is very divided on this issue.

Protester: This is something that affects our family and our livelihood, our lives, our friends, our family, our safety—everything.

SEVERSON: Rabbi Matt Dreffin is the secretary of the Mississippi Religious Leadership Conference. He says he doesn’t know anyone in the conference who likes the law.

RABBI MATT DREFFIN: Religious liberty is important, and practicing your religion is important, but at no point should it impact another person who does not believe that, and that is what this allows to happen. 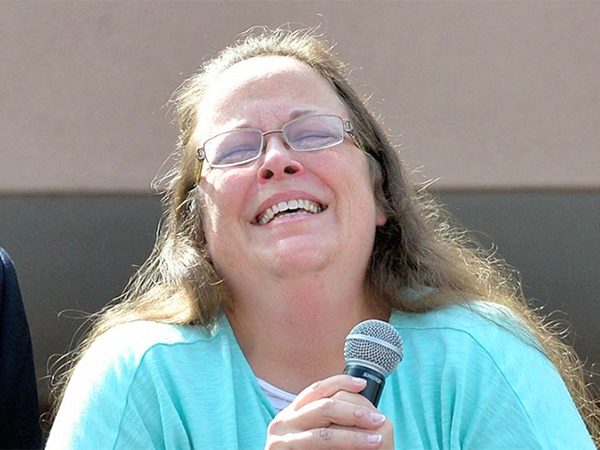 SEVERSON: As in 2015, when a county clerk in Kentucky, Kim Davis, refused to issue a marriage license to a gay couple.

Kim Davis: I just want to serve my neighbors quietly without violating my conscience.

SEVERSON: Pastor Donald, who is the chaplain at Millsaps College, says the answer to that dilemma can be found in scripture.

DONALD: An example from scripture is the centurion Cornelius. He became a Christian, and he was a soldier in the Roman army, and the early Christian church was deeply pacifist, very anti-violence, and the story is that Cornelius left his job as a soldier because it was incompatible with his Christian faith. If someone, if a civil servant is unable to do their job because of their Christian faith, then they need to leave their job.

SEVERSON: Under the Mississippi law, an adoption agency could refuse a child to a gay couple. Matis believes that is not a problem. 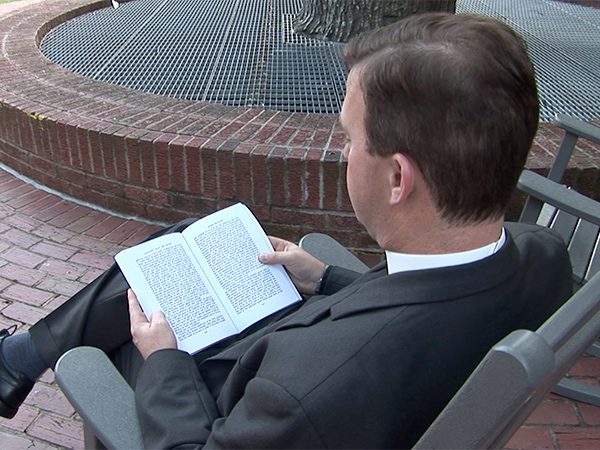 MATIS: Now what they would do is they would say, you know what? We can’t provide that service because it’s contrary to our sincerely held religious beliefs and our charter, you know, how we operate. However, I’d love to provide you a referral to organizations that would.

STEFFEY: It would cover, for example, a florist or a hotel operator deciding that the couple in front of them had sex before or outside each of their marital relationships and decline to serve them.

SEVERSON: In fact, a florist in Oregon was found guilty of violating state laws and the rights of a gay couple after she refused to arrange flowers for their wedding. Her case is now on appeal. And in Washington, a baker who refused to make a cake for a gay couple’s wedding was ordered to pay the couple $135,000. There have been a handful of cases around the country, but apparently not in Mississippi.

STEFFEY: I believe there have been none. In fact, there have certainly been no well-publicized cases. 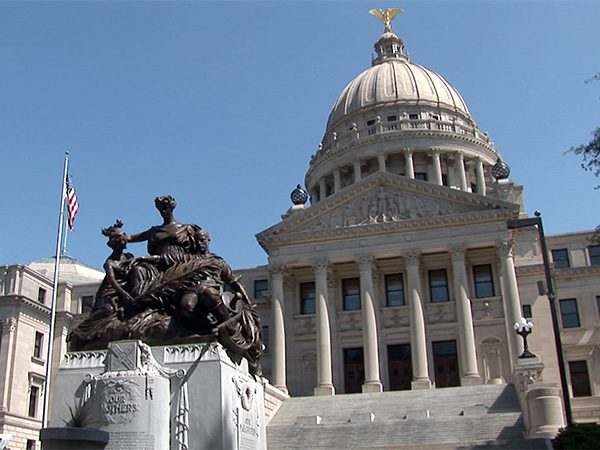 SEVERSON: According to the ACLU [American Civil Liberties Union] there are about 100 bills in legislatures across the country that use religion as a justification to refuse service to gay people. At the same time, there doesn’t seem to be very many actual complaints from people of faith that they are being unjustly prosecuted.

MATIS: This is live and let live. We’re not trying to say that homosexual couples can’t get married. That’s the law of the land. The Supreme Court says so. All we’re trying to say is that religious liberty is equally deserving of protection. And people of faith are deserving of being able to act in accordance with those beliefs without being discriminated against by their government.

SEVERSON: Many here are concerned that the law is going to attract the wrong kind of attention for Mississippi and that there will be boycotts. The most serious threat, though, may be a lawsuit filed by the ACLU that claims the Mississippi law violates the due process and the equal protection clause of the 14th Amendment to the Constitution.

Mississippi has enacted a new law that says people of faith can refuse to provide services to gay people if they think such services violate their sincerely held religious beliefs.  As correspondent Lucky Severson reports, supporters of the law insist it will protect religious freedom. Critics say it will permit unconstitutional discrimination.