LUCKY SEVERSON, correspondent: These are Jonathan and Gina’s kids, seven of them. Gina is pregnant with the eighth. Jonathan says it wasn’t their plan. 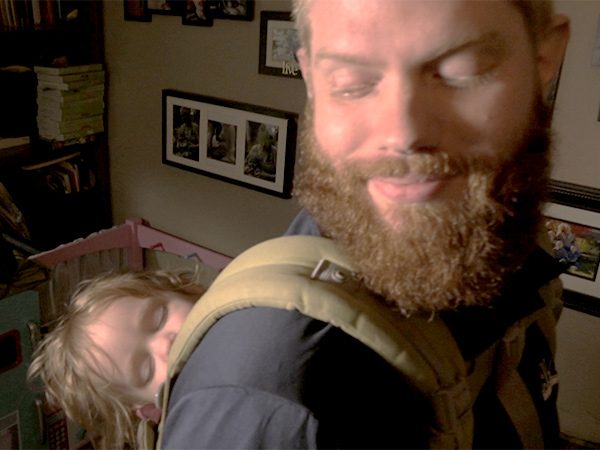 JONATHAN VELEZ: It’s the path God took us down, kicking and screaming for a little while there. He’s got a sense of humor. We thought two maybe three. And then he let us know he had other plans.

SEVERSON: And when Jonathan’s insurance rates started going up, and the babies kept coming, Jonathan and Gina kept praying. The Velezes are convinced that their prayers we’re answered when they found a Christian health care program called Samaritan Ministries. It’s one of the four largest health sharing ministries in the U.S. that Congress exempted from Obamacare regulations because they were in business prior to the year 2000.

JAMES LANSBERRY: Completely nondenominational Christians from all across Baptist, Presbyterian Pentecostal, Catholic, you know, every single stripe of Christian. 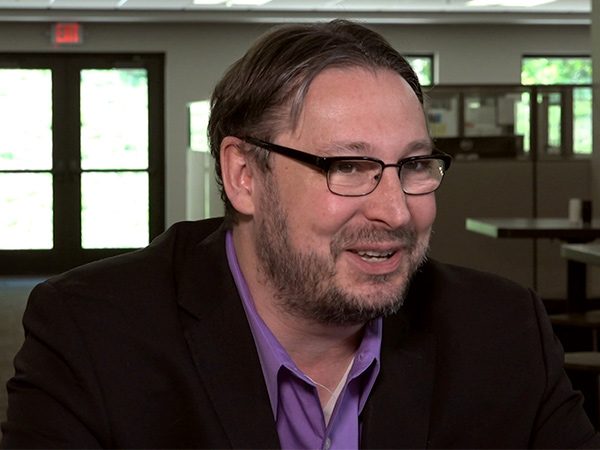 LANSBERRY: We started in 1994 with just a handful of families and have grown over the last 20-plus years into over 60,000 families, over 200,000 people who are sharing now over $15 million a month in medical bills.

SEVERSON: Christian health-sharing ministries are different from insurance companies in that they collect monthly dues and distribute the money to subscribers with medical bills. At Samaritan, members send their payments directly to the families in need.

JONATHAN VELEZ: The process begins with letting Samaritan know that you need to submit a need, and so they send you a form, and you fill it out, send it in, they review it. They decide this is the amount that we can publish, as far as what will be covered. So this is where your amount needs to go to. Our name will be on that ticket. 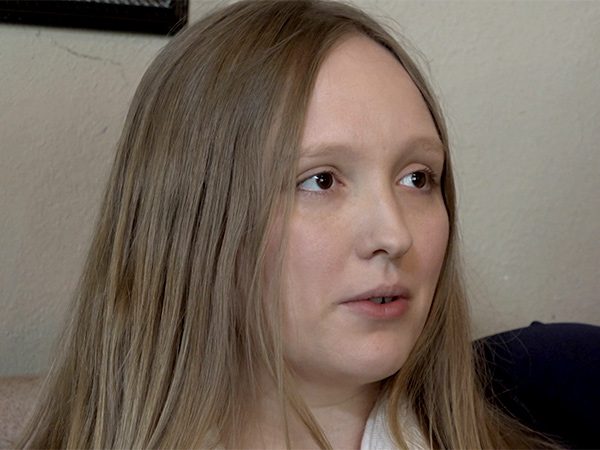 LANSBERRY: Every month we publish a newsletter in which each person gets a personalized slip of paper that we call a shareslip that instructs them with which person they are sharing with this month so, for a family of three or more shares are $405.

GINA VELEZ: It seemed strange at first to think of members sending a check. Are these people going to be reliable?

SEVERSON: Lansberry says fewer than 5 percent renege on their payments, and when it does happen, he says other subscribers immediately fill in the gap.

LANSBERRY: If you talk to our members, this is the favorite bill they get to pay every month, because they are not writing a check to a big company. 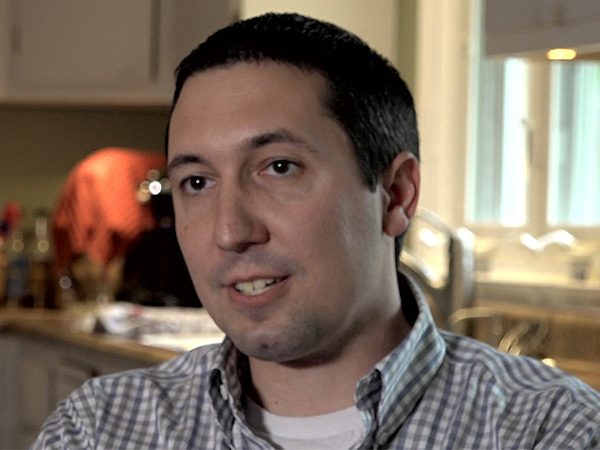 SEVERSON: Josh and Jenny Lehman joined Samaritan in 2011. She is a former public school teacher who now home-teaches their three kids. He’s a licensed clinical counselor who deals with mental health issues. Samaritan seemed like a good match just on principle, he says, as do most subscribers, but the price was also a factor.

JOSH LEHMAN: It was also significantly more cost-effective for us as a family. We were looking at the health insurance. It was going to be very, very expensive for our family, and since that time health insurance has only gone up.

SEVERSON: Samaritan’s costs have gone up about 8 percent a year, but the nonprofit doesn’t offer nearly as much coverage as traditional insurance. Kevin Lucia is an insurance researcher at the McCourt School of Public Policy at Georgetown University. 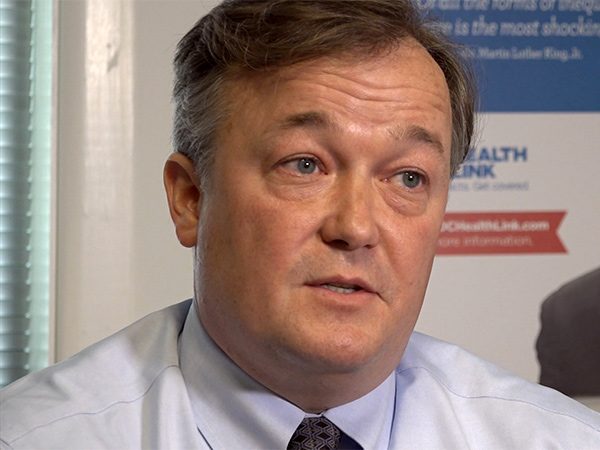 KEVIN LUCIA: You never want to wake up in the morning with an illness that’s going to basically require a million dollars in services with a plan that only cover $250,000.

SEVERSON: He says there are simply too many gaps in Christian health coverage.

SEVERSON: With Samaritan, medical bills under $300 are not covered and pre-existing conditions are only allowed if they’ve been in remission for specified periods of time with no medical treatment. Cancer, for instance, would have to be in complete remission for five years. Subscribers are also required to live a clean, healthy life, physically and religiously. Samaritan refers to it as a “biblical lifestyle,” and that includes no homosexual activity, no extramarital affairs.

There were complications. Daughter Hope was born with a respiratory infection that kept her in the hospital several days. 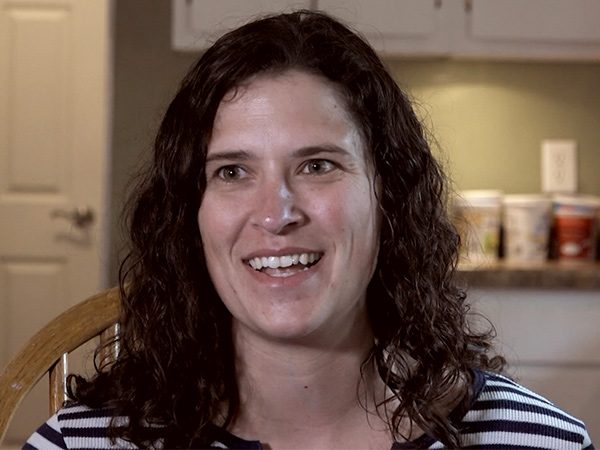 So you received the equivalent of about $32,000 from people around the country? Wow.

JENNY LEHMAN: And then about $11,000 more for the maternity leave, and people praying, praying for little Hope as she grows, and for our family.

SEVERSON: The cards and prayers that come along with the checks seem to have a special value to recipients like the Lehmans.

JENNY LEHMAN: This is from Indiana, and it says “Praise God that your daughter Hope is now healthy.”

JOSH LEHMAN: A person wrote, “We praise God for the beautiful gift he has blessed you with. Our world is brighter and more wonderful with Hope.”

SEVERSON: Kevin Lucia, the Georgetown insurance researcher is not a fan of Christian health ministries, partly because they’re unregulated, and he thinks the coverage is risky.

LUCIA: I know that there are a number of states out there where the Department of Insurance had heard of concerns and tried to regulate these types of arrangements in the past. 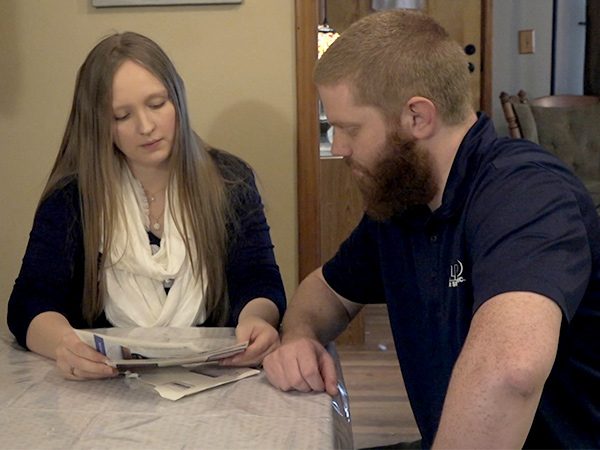 SEVERSON: In 30 states, so-called “safe harbor” statutes are in place allowing these ministries to operate with no Department of Insurance oversite. Subscribers cannot sue Samaritan, but the ministry does have an in-house appeal process.

LANSBERRY: As long as we can keep the members happy, we’re going to continue to expect the growth.

SEVERSON: And that may explain the growth of Christian health-sharing ministries. The subscribers have more faith in God than they do insurance companies.

There are a number of Christian healthcare sharing ministries throughout the US.  Unlike traditional insurance companies, they collect monthly dues and then distribute the money to subscribers who have medical bills to pay. Correspondent Lucky Severson reports on these programs and visits with members of one, Samaritan Ministries, that covers more than 60,000 families or 200,000 people, who all contribute to a common fund and then share their medical costs.

Health Care and the Common Good