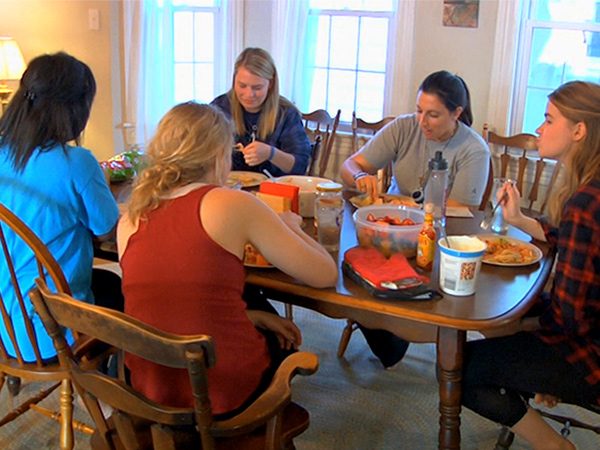 DEBORAH POTTER, correspondent: This group of five young women—all graduates of Catholic colleges—had never met before committing to share a house for a year as members of the Jesuit Volunteer Corps. The JVC program has one overriding goal: to ruin them for life.

JILLIAN DeFINA: Oh, my gosh, when JVC has a motto “We’ll ruin you for life,” boy, is that true. Ruin in the sense that I was so not aware of my privilege and the bubble that I live in until it was literally just popped, but like shook, and my eyes are open, and I see now the reality of this world for so many of my brothers and sisters. 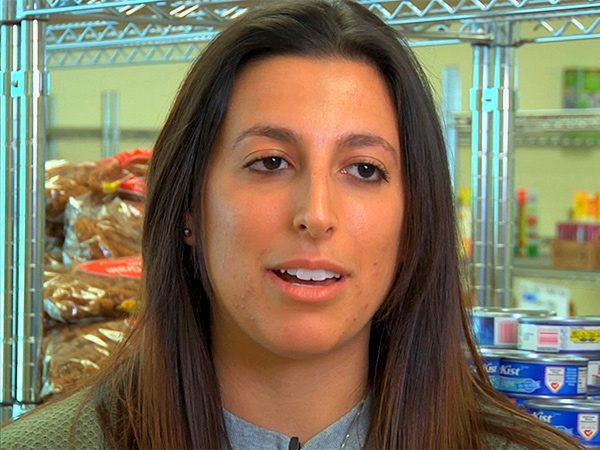 JILLIAN DeFINA: I see the presence of God in all of my clients so profoundly. You’re told that you have Christ inside us, but I never actually saw it until I came here.

POTTER: A strong Catholic faith is a bedrock for Jillian, who goes to mass every day. Spirituality is one of the key values of the Jesuit Volunteer Corps, based on the teachings of St. Ignatius, but it’s different for everyone.

CAT GUERRIER: I was very anti-religion. I guess I would identify with “spiritual but not religious.” I definitely believed that there was a higher being, but I wasn’t necessarily comfortable at calling that God.

POTTER: Cat Guerrier was raised Catholic but had turned away from the church before joining JVC to work with victims of domestic abuse. Living with Jillian helped to bring her back. 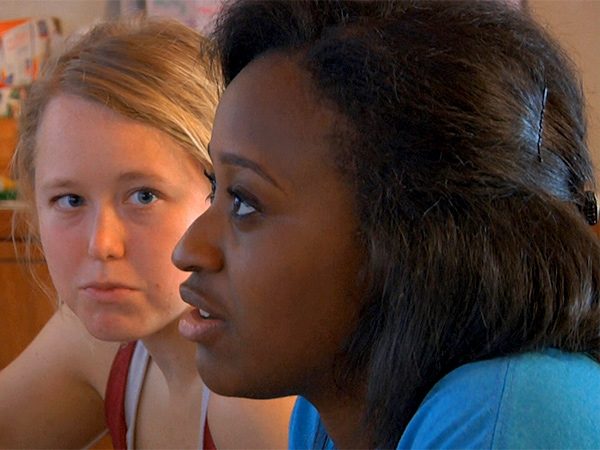 CAT GUERRIER: Something just clicked. I can’t really explain why or how it happened, and every Sunday since that October I have continually gone to mass, and I really just connect with religion in a completely different way, in a way that I never thought would be possible before.

POTTER: Father Rick Malloy has been a spiritual adviser to Jesuit Volunteers for 40 years.

FATHER RICK MALLOY: Young people today come with many questions, many different styles and forms of being Christian, or being Catholic, or being spiritual. Some aren’t even believers, or they’re trying to figure out whether they believe.

BRIDGET BARRY: My kind of focus in college up to now, has been really a lot of like Eastern philosophies, theologies, Hinduism and Buddhism. 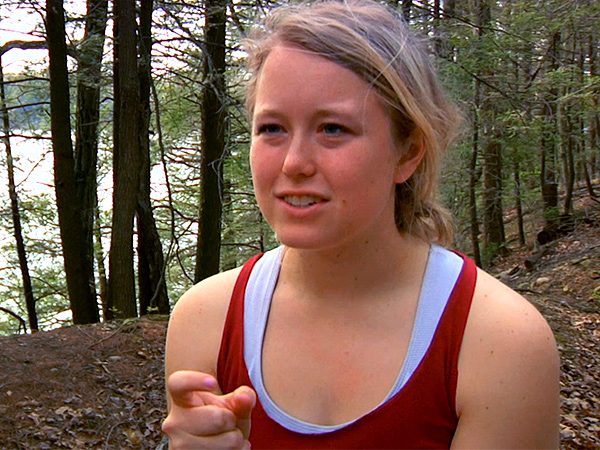 POTTER: Bridget Barry, who was raised Catholic, served her volunteer year at Friends of the Poor, providing meals and clothing to people in need.

BRIDGET BARRY: It is definitely countercultural. We are habituated to, after college, to be asserting our own identities, like asserting independence. Like accruing things. And this is the opposite in a lot of ways. I’m not making any progress, tangible progress. I think I’m becoming who I want to be.

POTTER: In addition to spirituality and social justice, two other Ignatian values undergird the Jesuit Volunteer Corps: community and simplicity. Housing is provided, and there’s a small budget for food, which often ends up being rice and beans. For Liz Connelly, living in community has been the biggest challenge. 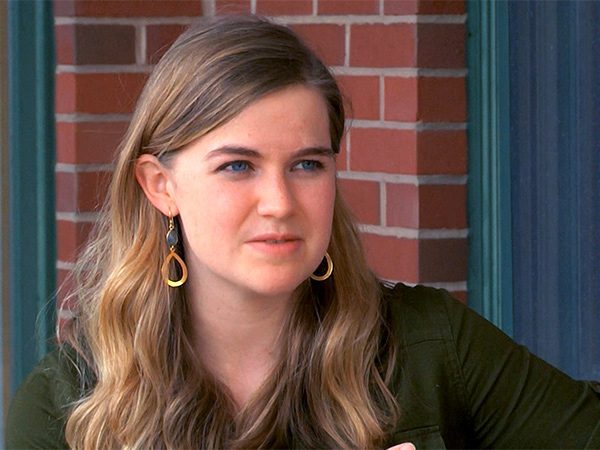 LIZ CONNELLY: Like beautifully difficult. Wonderfully, joyously, really hard. They are the loves of my life. You grow to love those people deeply when you experience this with them. But community is hard. I think for me having your life so dependent on another person has been the most difficult. I’m a very independent person. I like to do what I want to do when I want to do it. So one, having to be vulnerable enough to share to make that work is challenging.

POTTER: Most of the 300 JVC volunteers each year are women, serving in 37 cities in the United States and six countries abroad. In addition to free room and board, they get a small allowance to spend as they see fit.

CAT GUERRIER: When I first found out it was going to be $100, I was like a week, that’s insane. And then I realized it was $100 a month! And then I just really couldn’t believe I signed up for JVC. But it really isn’t that bad. You really just figure out what you need and what you want.

MEGAN NEWMAN: Truly trusting God and trusting the path has been hard at some points, and I had a lot of doubts that I made the wrong decision. 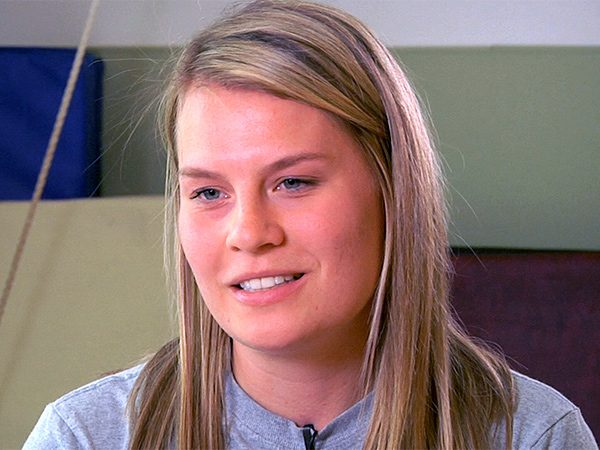 POTTER: Megan Newman has a nursing degree but chose to volunteer with developmentally disabled adults before taking a full-time job.

MEGAN NEWMAN: I think spirituality has been my biggest value of this year, and I have learned so much about my faith. Within my work God is so intricately intertwined I don’t think I could separate the two. My clients are pretty low functioning, and so I do their daily living for them.

MEGAN NEWMAN: I think they’ve helped me see a lot of the ways in which our world is broken and can’t see people like them as equals and as equally divine as we are.

POTTER: Liz plans to attend medical school. Her experience helping seniors navigate the health care system, she believes, will make her a better doctor. As for her spiritual life? She grew up Lutheran and Mormon and says she struggles with Catholic dogma.

LIZ CONNELLY: I definitely believe in something, and that’s much deeper this year, but I still think I’m in my process of finding out maybe which religious tradition helps me live that out most truly. But I’m in love with the Jesuit idea of social justice, and like liberation theology, like seeing God in the people we serve that I really identify with. I think I’m working through where all those pieces are within me, and where I will find a home. 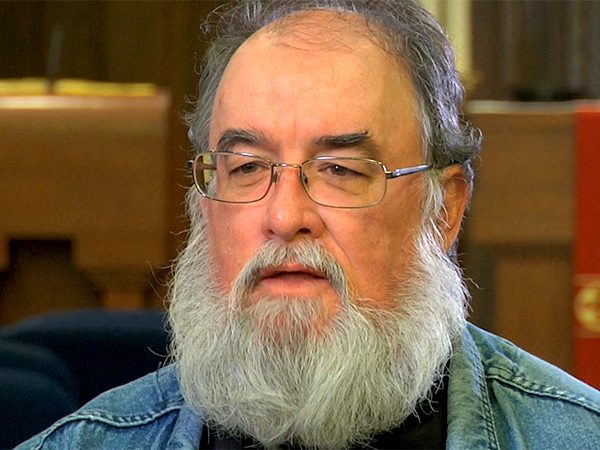 FATHER MALLOY: There is a lot of wonder in this year. There is a lot of thinking. And I have seen the fruits of it five 10, 15 years after the volunteer experience. That’s what I mean: “ruined for life.” They live their life in a different way.

POTTER: Have they been ruined for life? Most would say yes, and they credit not only their work but each other.

BRIDGET BARRY: This year, I’ve really come to appreciate like Jill, one of my roommates, is so pious, and I think without knowing her, maybe in the past I wouldn’t have understood the beauty of that the way I do now.

POTTER: As their faith has deepened, their goals have changed.

MEGAN NEWMAN: I think I’ve just grown up in so many ways, and I think I’ve changed the way I’ll be a nurse forever.

The Jesuit Volunteer Corps is celebrating its 60th anniversary this year.  It is one of a number of denomination- and church-related service organizations that gives young college graduates a chance to change their lives by living simply in community with one another and by serving those in need. Correspondent Deborah Potter reports on one JVC group in Scranton, Pennsylvania, where the volunteers describe how their experience of life together and work with those who are poor, sick, or hungry has affected them. “I see the presence of God in all of my clients so profoundly,” says one volunteer. “You’re told that you have Christ inside us, but I never actually saw it until I came here.”