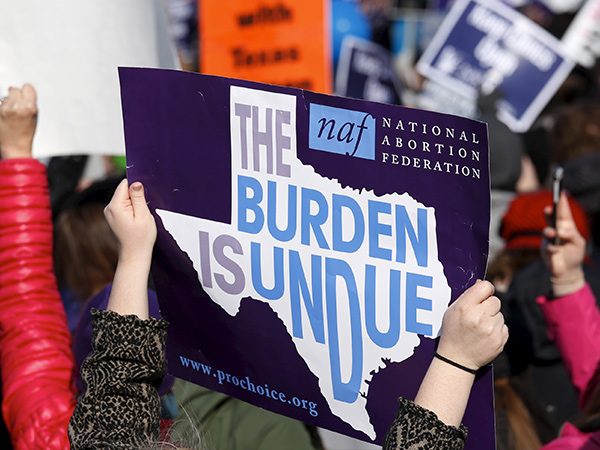 BOB ABERNETHY, host: As it wrapped up its current term this week, the US Supreme Court handed down a number of decisions important to religious communities. In a 5-3 decision, the Supreme Court struck down a restrictive Texas law that proponents argued was needed to protect the health of women seeking an abortion. The court concluded that the law did not provide significant medical benefits but substantially restricted access to abortions, violating the federal constitution. The court’s decision on Monday (June 27) was its most significant ruling on abortion rights since 1992.

Earlier this month, the Supreme Court announced that it had deadlocked in a case challenging President Obama’s immigration plan. The split decision set no national precedent but left in place a lower court ruling that said the president lacked the authority to shield up to 4 million immigrants from deportation without approval from Congress. Many religious groups expressed disappointment with the ruling, calling it a major setback for immigrant families.

In another decision, the Supreme Court handed affirmative action supporters a major victory. In a 4-3 vote, the court rejected a challenge to a race-conscious admissions program at the University of Texas at Austin. 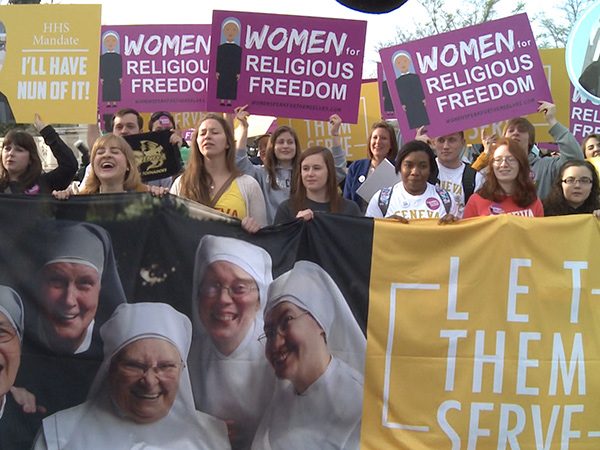 exempt from the government’s mandate that employers provide contraception coverage for employees. Citing legal briefs with possible compromises, the justices threw out all previous rulings and told lower courts to revisit the issue. In the meantime, the court said religious groups may not be fined if they don’t comply. The case was brought by religious nonprofits who said their religious freedom was being violated. On this issue faith groups have come down on both sides.

Our managing editor Kim Lawton is here to analyze the court’s work and so is Richard Wolf, who covers the court for USA Today. To both of you, welcome.

Rich, what impressed you particularly about this court? 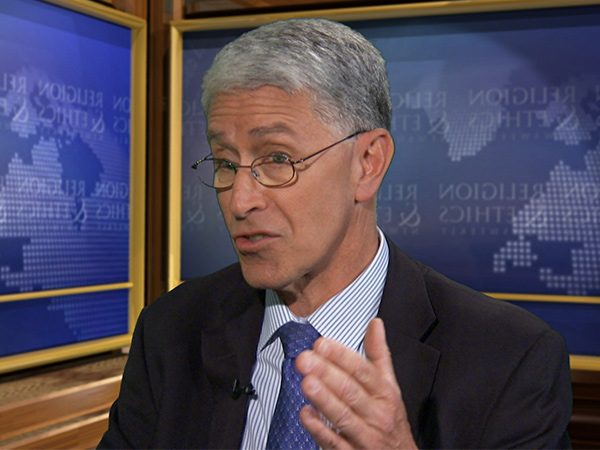 RICHARD WOLF: Well, this was an interesting term of the court largely because of the death of Justice Scalia in the middle of the session, and as a result they had to reach a lot of sort of compromises—creative decisions, shall we say. In a couple of cases, the immigration case being a notable one, they tied 4-4. In the contraception case, this is the Affordable Care Act case, they really kicked it back to the lower courts and decided nothing whatsoever and left it up to the local courts to decide. So in a lot of these cases involving religion and other things, they’ve had to be much more creative than they have been in the past for deciding, trying to decide how they could dispose of these cases with an even number of justices.

ABERNETHY: But a lot of effect still on religious communities?

KIM LAWTON: In both of those cases that we just mentioned, the religious community was very active on the activist level of filing briefs before the court, but also in that grassroots mobilizing, encouraging the court. For example, on immigration there was a very diverse coalition of religious groups. Some people that might be more politically conservative, evangelicals joining with some that were more politically liberal in the faith-based community on that issue. Now the court really took up, or the lower courts had taken up the issue of whether the president had the authority to make the decision, but for these groups it’s a matter of justice and caring for the immigrant. And so they are still going to be agitating on that issue even though we didn’t have a real decision on that. 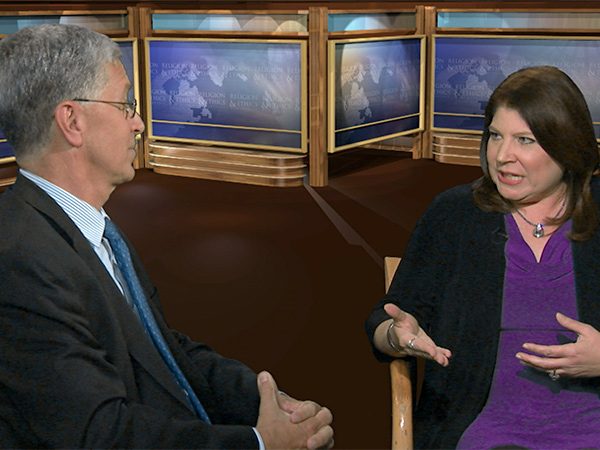 WOLF: And this has been a court which, in recent years, and going back actually for a couple of decades, has been pretty accommodating to those fighting for religious freedom. There have been cases just in the past couple of years, the Hobby Lobby case, which was the earlier contraception case, a case having to do with prayers at town board meetings up in upstate New York, a case having to do with signs on roads in Arizona, without going into detail, all of these cases ended up on the side of religious freedom. The court has generally been a little bit to the right of center on that issue. But there’s reason to believe that that might be changing now with the eight-member court, with the potential nomination of Merrick Garland, or someone else who might come, say, from a Clinton presidency. You might have a situation where favoring religious freedom suddenly turns to not favoring religious freedom. 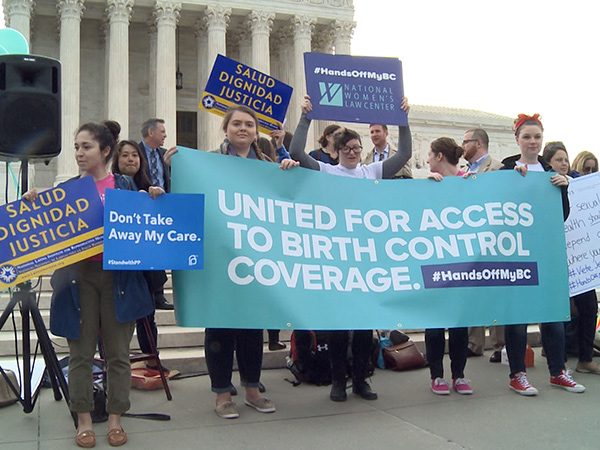 LAWTON: Well, a lot of these cases, the contraception case in particular, is pitting rights against rights and so you have reproductive rights and religious rights. In previous cases before it was gay marriage and then religious rights to dissent from that. When you have rights coming together and clashing, a lot of these religious groups, especially on the conservative side, have been very worried about whether religion will have the upper hand like it has sometimes in the past. And that’s also been really interesting on the election. It has political implications because a lot of these conservative groups have really latched on to that issue and are raising it for this election to say, look, we may not like Donald Trump but he’s at least given his verbal assurances that he would appoint conservative justices in the future. So it’s interesting how that’s become a political issue, too.

WOLF: The religious liberty thing is also playing out post same-sex marriage with a lot of laws in states, mostly Southern states, but others that have to do with anti-discrimination laws, nondiscrimination laws, the gay and lesbian community still fighting for all of that and pushback. 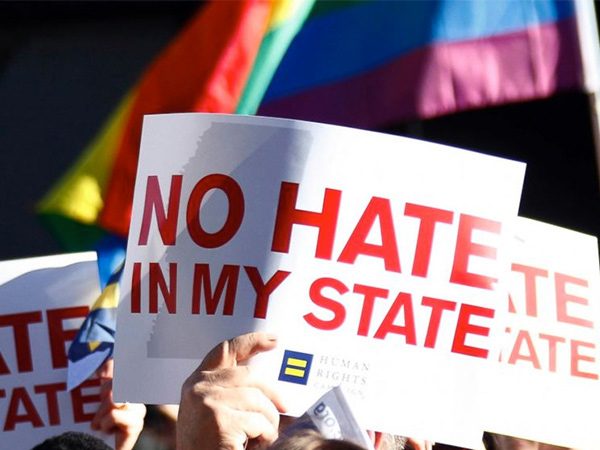 LAWTON: And accommodation for religious beliefs—how much do they get accommodated?

ABERNETHY: But quickly, Rich, the court is changing, and a lot of people are saying it's going to be changing a lot more in the near future.

WOLF: Yes, we’ve got eight-member court right now. We’re in limbo because the Republicans won’t confirm or do anything with the nomination of Merrick Garland. But we’re in a situation where we have a Democratic president and the death of a nominee from a Republican president—perhaps the most conservative of justices, Antonin Scalia. Huge difference there depending on who gets to nominate and confirm the next justice. And then in the future we have Justice Ginsburg, who’s 83, Justice Kennedy, who is 80, and Justice Breyer, who is 78. And depending on who is president, you could have dramatic changes in the ideological makeup of the court.

LAWTON: And again it’s not just the conservatives. In the faith-based community, both liberals and conservatives are exactly raising those points when they’re asking people to make their decision for November.

It was a term defined by the death of Justice Antonin Scalia. Nevertheless, the High Court completed its work this week (June27) after handing down a number of decisions important to religious communities.  The eight justices ruled on immigration, abortion, the so-called “contraception mandate” in the Affordable Care Act, and affirmative action in college admissions. Host Bob Abernethy and managing editor Kim Lawton discuss the cases and decisions with Richard Wolf, who covers the court for USA Today.