REV. WILLIAM BRADLEY ROBERTS (Professor of Church Music and Director of Chapel Music, Virginia Theological Seminary): In 2010 our chapel burned on campus, and it was a much beloved building. It was built in the Victorian era in 1881. It had a pipe organ, a pipe organ 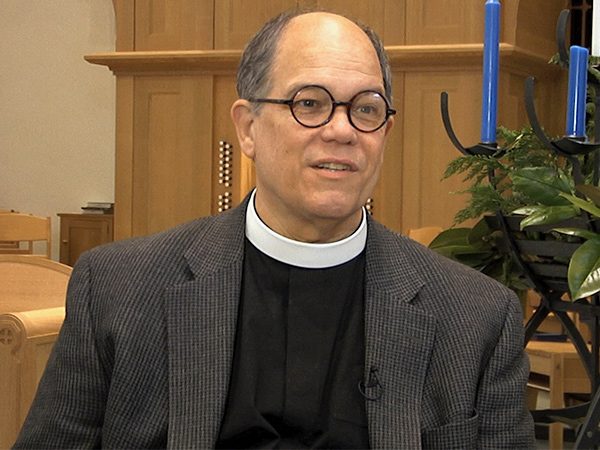 that was installed in 1900, and we knew that when we built a new chapel that we wanted a new pipe organ. It didn't ever enter our minds that we'd buy an electronic substitute. We wanted the real thing because of their longevity and because of their beauty of tone.

So, we began the search. We talked about builders that we respected and builders that might be able to accomplish what we wanted too. As you might imagine, this is a very desirable thing for a builder to be approached for a new instrument, because it's a major undertaking and keeps them going financially and artistically.

What we were looking is an organ that sings. An organ that has a warm, mellow sound that accompanies singing. Because what this instrument does primarily is not serve as a recital instrument, but it serves to undergird worship—the singing of the congregation, the singing of the choir. It’s such a versatile instrument and because it works so well it's not only beautiful; it's a practical solution to a worshipping congregation. 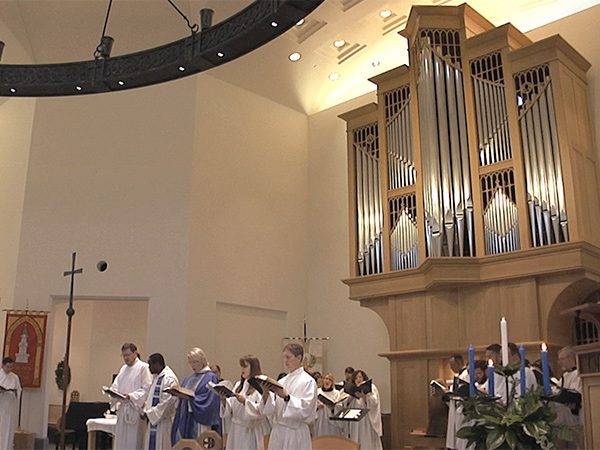 Taylor and Boody really are a world-class builder, and they have organs at Sidney Sussex College at Cambridge University, for example. They have one in Japan. They have them all over the United States, and I love this builder because they're so ecological. They use local materials whenever possible. They look for Virginia sources of materials, and whereas many pipe organ builders assemble materials that are made by other manufacturers and put them together, this builder starts from scratch.

So the organ case that you can see behind me is made of white oak trees that came from this campus. My phone rang one day, and this was in the process of the organ's being built. And John Boody, one of the two principals of the company, said that I understand that you felled some trees on your campus. And John said, well, I want them. And I laughed. I thought, well, what does that mean? He said, no, no, I'm perfectly serious. I want those trees. I said what a wonderful idea.

This organ is what's called a mechanical action instrument. It means that when you press a key on the organ there actually is a mechanical transfer that opens the pipes and allows the air to come through the pipes. But the shape and construction of those pipes create different sounds, and so you really have what some people would call an orchestra of sound here. Some of 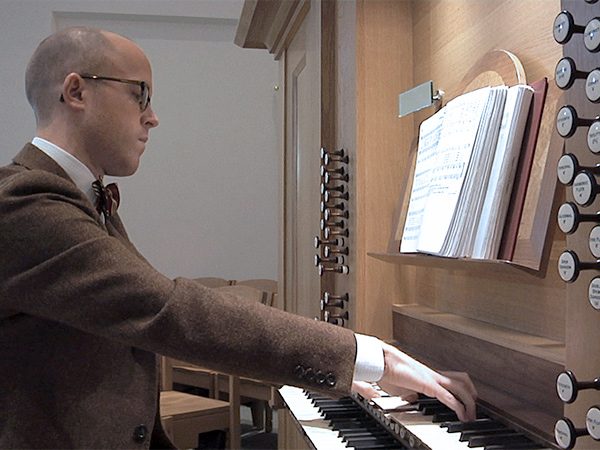 the stops are actually named after orchestral instruments, like oboe and trumpet and bassoon. There are 34 distinct stops on this instrument that can be combined in all sorts of ways. You can also play up an octave or down an octave and get a very different sound.

It provides a beautifully aesthetic sound that musicians love.

It can sit up and talk. It can make some big loud sounds that fill this room. But it can also makes sounds as soft as a whisper. And it can play in such a way that it supports the congregation and their singing or supports the choir in their singing, without covering or dominating it.

It’s fun for me to have organists from around the country, and we've already had a number to come and look at it and to hear their description, because most people go into ecstasy after playing this instrument. And that makes us happy, of course.

At the Virginia Theological Seminary, a fire in 2010 destroyed the chapel and its beloved, 100-year-old pipe organ.  Its replacement has now been built from scratch by Taylor and Boody in Staunton, Virginia.  It is another mechanical pipe organ, nothing electronic, and it has received rave reviews.  Seminary professor William Roberts describes the new instrument as “an organ that sings.”