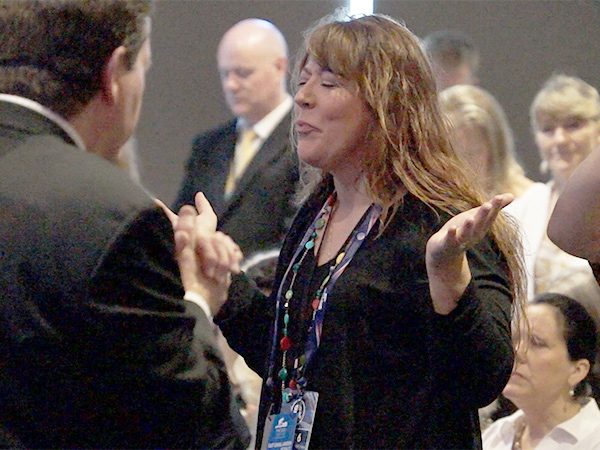 KIM LAWTON, correspondent: The Republican National Convention officially opened on Monday, but events got underway Sunday morning with a special worship service much in the style of an evangelical megachurch. Mike Huckabee played bass along with the praise band. The service was co-sponsored by GOP Faith, a special department of the Republican National Committee tasked with reaching out to faith-based voters, and especially the all-important voting bloc of social conservatives.

CHAD CONNELLY (praying in worship service): We’re in awe of you Lord. And while we watch the world seemingly being turned upside down, we know that you’re on the throne. You’re in control. 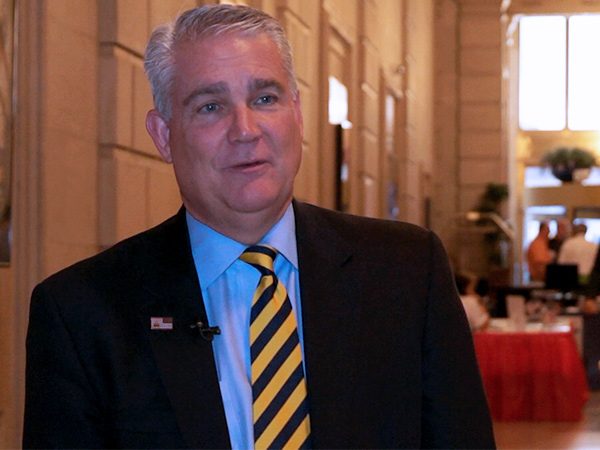 LAWTON: Chad Connelly is national director of faith engagement for the RNC.

CONNELLY, Republican National Committee: It’s our biggest segment. It’s the most reliable vote. I tell people that the Republican Party is a natural home for people of faith.

LAWTON:  Meanwhile, across town, other people of faith organized a massive nonpartisan project called “Circle the City with Love.” Thousands of participants gathered to rally against violence, fear and hate.

JOY ROLLER, Circle the City With Love (at rally): We’ve come together in unity, to stand for love, peace and justice. 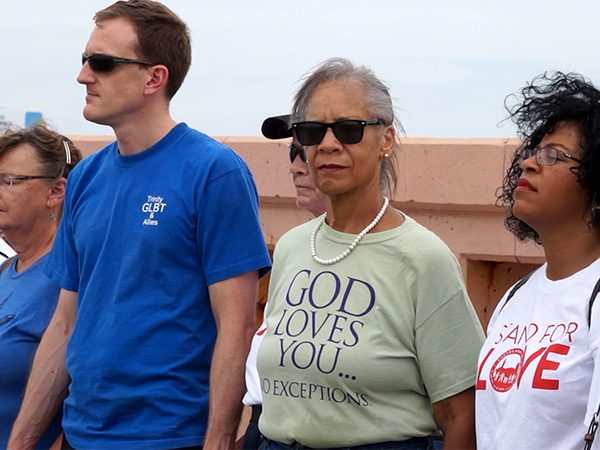 LAWTON: They marched to the Hope Memorial bridge where they stood hand in hand, in silence, for nearly 30 minutes.

SISTER RITA PETRUZIELLO, Sisters of St. Joseph: Mother Teresa says unless we have silence, we don’t touch our souls and the souls of others.

REV. GEORGE HRBEK, Retired Lutheran Pastor: In some ways, it’s a symbolic act, but at least it’s a way of giving a witness that there is this community of people who are really committed to working together for the common good.

LAWTON: People of faith across the spectrum were active in many ways here in Cleveland, both inside and outside the convention hall. There were several special events to celebrate the GOP’s platform, which activists described as the most 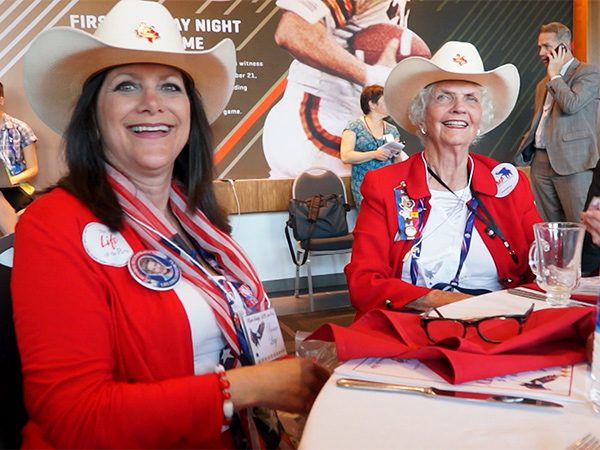 conservative ever. The Eagle Forum sponsored a luncheon praising Republicans for holding firm on their opposition to abortion. It was headlined by football coaching legend Lou Holtz and the group’s founder, Phyllis Schlafly, who has attended every Republican convention since 1952.

LAWTON: The Republican stand on social issues is especially important to many evangelical voters. Jim Garlow is pastor of Skyline Wesleyan Church in San Diego. 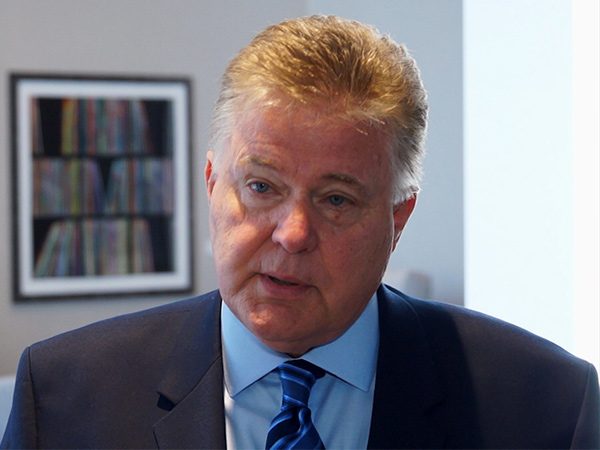 LAWTON:  He says evangelicals feel increasingly at odds with the culture around them.

LAWTON: Evangelicals make up about a fifth of all registered voters. According to a new Pew survey, 78 percent of white evangelicals say they do plan on voting for Donald Trump. But 45 percent of them say it would mainly be a vote against Hillary Clinton rather than one in support of Trump.

CONNELLY:  I have a wife and four kids. We can’t agree on a Whopper or a Big Mac. So, discussions about who you like and who you don’t like, that’s pretty normal in politics. I think you’re going to see people unify. 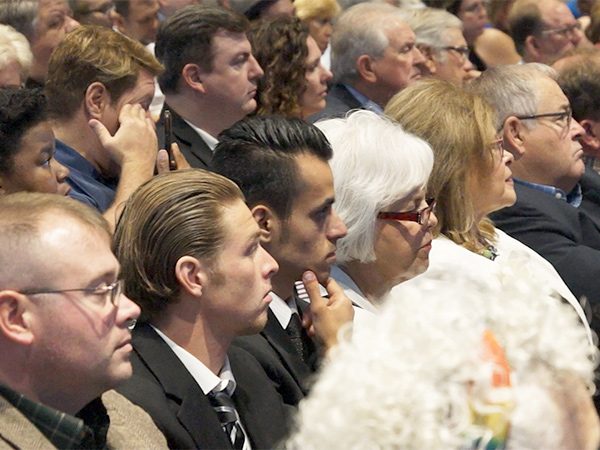 LAWTON: Connelly is urging evangelicals who may have concerns about Trump to consider issues, rather than personalities.  He says his position at the RNC was created to help make sure those Republican-leaning religious conservatives actually get out and vote.

CONNELLY: George W. Bush got something like 83 and half percent of the faith vote, people who were committed to church. And that number has come down through Senator McCain and Governor Romney, probably because our side just assumed that group would come out and vote. So part of my job is to take that back over to 81, 82.

LAWTON:  Many activists say Trump’s selection of Indiana Governor Mike Pence as his running mate has helped energize the base.

MIKE GONIDAKIS, Ohio Delegate: It was a game changer for people of faith, specifically here in Ohio. I mean as Mr. Pence said, Governor Pence, you know, he’s a Christian, a conservative, and a Republican in that order. And he has a great body of work as governor of Indiana, as a Congressman, and as a radio personality in past to prove that. 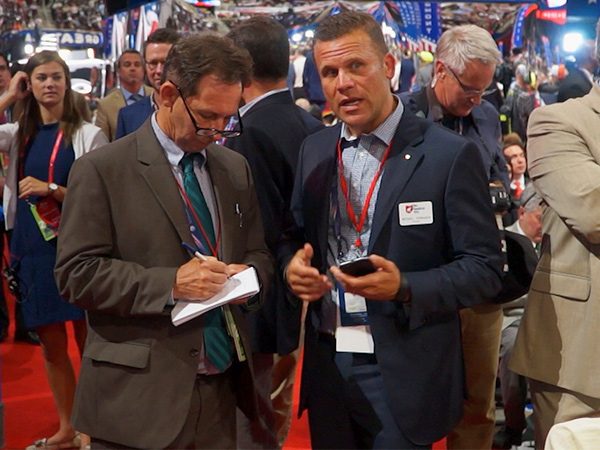 LAWTON:  Ohio delegate Mike Gonidakis is president of Ohio Right to Life and an active Lutheran. Here at the convention, he voted for his governor, John Kasich, but says he will vote for Trump in November.

GONIDAKIS: The next president will have at least one, arguably three justices to appoint. And because we live in a country where the Supreme Court gets the final word, we have to ask ourselves as Christians, as people who put faith and values first, who do we want nominating these individuals? Do we want Mrs. Clinton or Mr. Trump?

LAWTON:  Other faiths were also represented here. Some Jewish groups held public, nonpartisan events, such as a panel sponsored by the American Jewish Committee, where participants discussed growing anti-Semitism in the US and abroad. But there were strong indications of the challenges Trump’s nomination is posing for many Republican Jews. The Republican Jewish Coalition, which usually has a high profile at the convention, held only closed door meetings and denied media requests for interviews. Observers said it was because of concern about Trump’s rhetoric and that of some of his supporters. 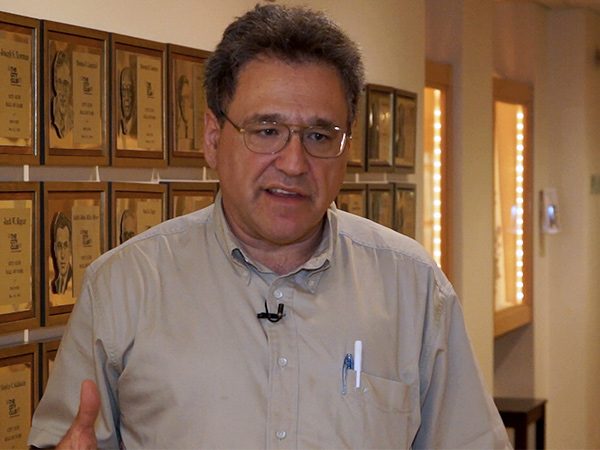 RON KAMPEAS, Jewish Telegraphic Agency: As it became clear he was becoming the nominee, there was ‘well we’ve got to defeat Hillary Clinton.’ And I’ve spoken to donors who have said that and who now won’t back Trump. Because of the associations that his campaign has had with the rhetoric that has been perceived as-- and images that have been perceived as--anti-Semitic.

LAWTON: Republican Muslims have also felt challenged, especially by Trump’s calls for a temporary ban on Muslims coming to the US.

SUHAIL KHAN, Institute for Global Engagement: The Muslim American community does have a lot of concern about the rhetoric, and I think that’s very much warranted. I share those concerns, but that only underscores the need for all Americans, including Muslim Americans, to engage in the process, to make their voice heard, to attend the town halls, to register to vote, to vote.

LAWTON: Suhail Khan held a high-ranking position in the George W. Bush administration. He urges fellow Muslims not to give up on the GOP. 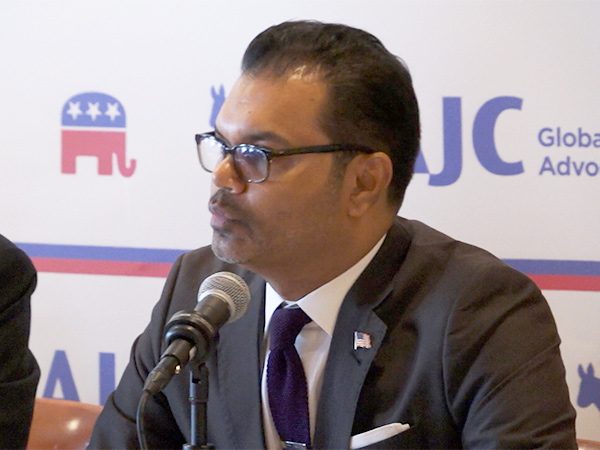 KHAN: Sometimes we have to remind some of our fellow GOPers what the bedrock principles of the conservative movement really are. But that is something that I continue to have enthusiastic support for as an individual, as an American, and as a conservative Republican, and so that belief hasn’t wavered by any degree.

LAWTON:  The RNC tried to demonstrate religious diversity through the prayers that opened and closed each session, including prayers offered by a Muslim Trump supporter, a Mormon leader and a Sikh Party official. But some of the prayers generated controversy. Before offering his benediction, South Carolina Pastor Mark Burns declared Hillary Clinton and the Democratic Party quote “the enemy.”

LAWTON:  Outside the convention hall, some faith-based activists urged Republicans to consider how their policies are affecting people at the margins. 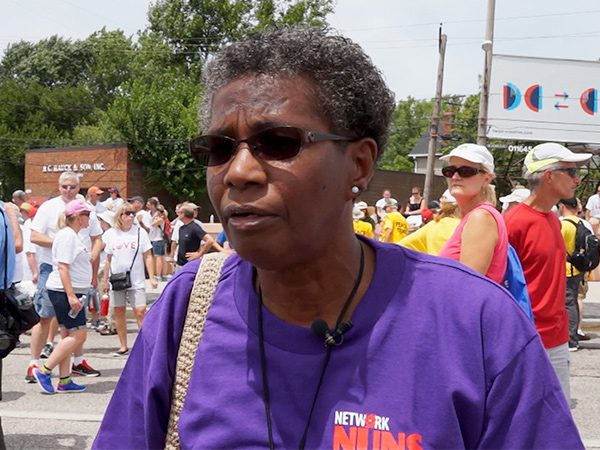 LAWTON:  Nuns on the Bus, a group of Catholic sisters and their supporters, came to Cleveland to promote dialogue about social divisions and economic inequities. Because of security restrictions, they couldn’t bring their bus into the convention area, so they pulled wagons through the streets handing out lemonade and initiating conversations.

SISTER SIMONE CAMPBELL, NETWORK: Asking important questions, like who in your family is it difficult to talk to about politics, and why? But also things like what worries you in this election cycle, but what gives you hope also. So we’re making a difference we hope, one glass of lemonade at a time.

LAWTON:  Analysts say this was one of the most contentious conventions in recent memory. Still, many leaders here pledged to work for healing.

GONIDAKIS: Hopefully we can build and unify our party and our nation because that’s what we need right now. That’s what people are looking for, whether they’re millennials or senior citizens we’re looking to unify a very divided country right now.

LAWTON:  That may be the biggest challenge of all heading to November. I’m Kim Lawton in Cleveland.

Religious groups have played an active role in this week’s Republican National Convention—both inside and outside the convention hall. Managing Editor Kim Lawton has a special report from Cleveland, where she spoke with faith-motivated delegates and with religious leaders who are mobilizing support for Donald Trump and those who have concerns about the GOP’s rhetoric and platform.

RNC 2012: Faces of Delegates and Visitors at the Republican National Convention

RNC 2012: Where Are Interfaith Voices?

Jewish Groups Call for End to Campaign Xenophobia and Racism