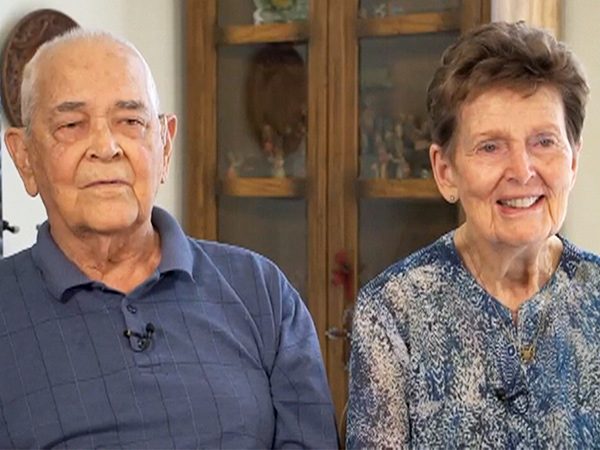 PAUL HARRIS: It saves me an awful lot of physical effort, which is very difficult for me. My legs don't work well. So it is just better for me to stay home.

LOTHIAN: Now instead of packing his walker into their car and driving to church, Paul and Clara take a few steps to their second bedroom and it becomes their “sanctuary” after a few taps on the keyboard and clicks of a mouse.

CLARA HARRIS: It has a place to say, you know, who you are and how many people are watching with you and asks if your a member or a visitor and then it get you in.

LOTHIAN:The Harris’s are long time members at Highland Park United Methodist Church in Dallas. And for the last several years, technology has made it easier for the aging couple to worship with live-streaming. 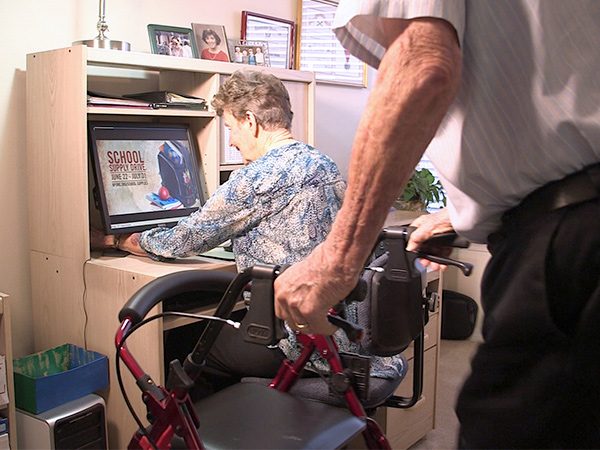 PAUL HARRIS: We are not technology adept, but no I don't think we bothered about that. We already had a computer and knew a little bit about that.

LOTHIAN: The Harris’ would much rather be singing in the choir and praying from one of these pews where they worshiped for a combined 140 years, but at this stage of their lives streaming is the next best thing.

PAUL HARRIS: You miss the friends that you had there.

CLARA HARRIS: But you still have the feel of being at church.

LOTHIAN: That feeling of being at church has never been so real because even though services have been beamed into homes for decades through radio and television many were taped and edited. Live streaming is a whole new game. The services are unfiltered, including mistakes, as are all the other church announcements and business.

What’s making it so popular? Technology. What was once difficult and costly has become easy and inexpensive. 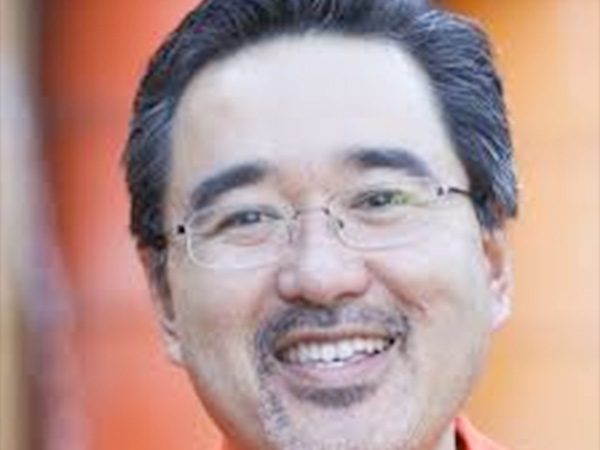 DJ CHUANG: We are looking at the popularity of Facebook Live, Snapchat and Periscope, so churches want to be there where they can reach people.

LOTHIAN: DJ Chuang is a consultant and leading expert on social media the internet and the church.

We interviewed him from his home in California via Skype.

CHUANG: Back in 2007,  I identified five churches that were doing church services online and that grew to 105 in the span of five years.

LOTHIAN: And the list keeps growing. Some churches put an iPhone on a tripod. Others like the church in Dallas have more sophisticated equipment. Cameras, computers and consoles.

And they aren’t just streaming to seniors who have difficulty showing up in person. Their audience also includes people who travel like Dell Williams and Cammy Wynne-Williams. They were vacationing with their two daughters in Israel one Christmas Eve and wanted to go to church. Streaming gave them the option of attending in person in Israel or worshiping live with their church back home. 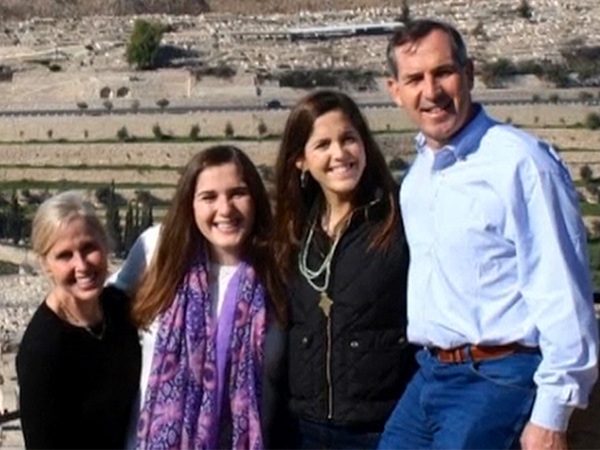 DELL WILLIAMS: Our younger daughter and I decided that we would got to the 11:30 service at a Scottish church down the hill from the King David Hotel where we were staying.

CAMMY WYNNE-WILLIAMS: We were some of the only Christians actually staying in the hotel at the time and we wanted to be respectful of our environment and so we closed ourselves off in the business office and snuck to watch our Christmas service back here.

LOTHIAN: And it seems live streaming is also becoming more mainstream for a lot of people with busy lives like Paul and Jennifer Deramo, two medical doctors who work long hours and many weekends. They logged on during a recent medical mission trip to Peru and more regularly while working their shifts at separate hospitals in the Dallas area.

JENNIFER DERAMO: We feel very blessed that we have the opportunity to be able to keep up with the church family and be a member of a church body and be a fully participating member even with the schedule that we have.

LOTHIAN: This new technology is opening a lot of doors, but church leaders are grappling with some important issues as they try to duplicate the worship experience online. For example how do you handle communion and what do you say to someone who wants to join the church, but has no intention of ever showing up in person?

These are just a few of the hurdles Reverend Paul Rasmussen, senior minister at Highland Park United Methodist Church, has faced from the more traditional thinking church leaders and parishioners who have been slow to fully embrace this new way to worship. 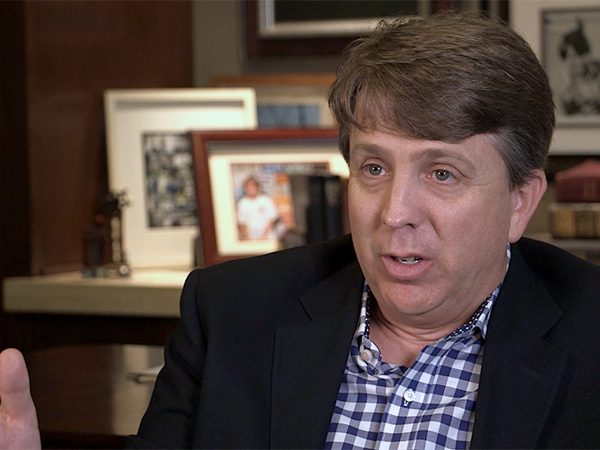 PAUL RASMUSSEN (Senior minister, Highland Park United Methodist Church): A communion where we are going to participate in the body and blood and the liturgical act of consecrating elements of bread and wine or juice and then sharing that physically. How do you do that with somebody who is watching with you online from Seattle or Austin or China? We really haven’t solved that problem yet.

LOTHIAN: He has floated the idea of “self-service” communion but ran into heavy criticism from those who fear it would violate the integrity of the sacrament.

There are also serious questions about church membership. When people seek to join they promise to support the church with their prayers, gifts, service and presence.

RASMUSSEN: How do you honor your presence and even your service really if you are far away? What does that mean? When we came up with those standards we were not ever anticipating the day where people would be participating with us with their presence behind a computer terminal. 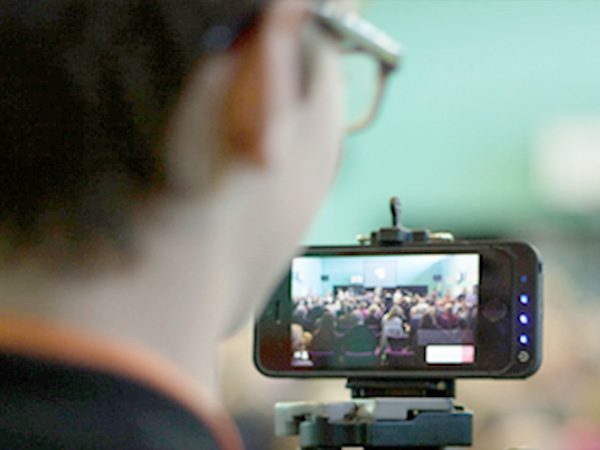 LOTHIAN: But it seems the benefits outweigh the challenges. At a time when statistics show church attendance shrinking, ministers see this technology as a way to not only better serve their members, but also reach a new and wider audience.

People from all over the world are now able to “attend” The Church of England by streaming, because of a one-year project with Twitter UK. Officials say hundreds “show up” every week. One Sunday there was a huge spike in traffic with three-thousand people participating across three worship services.

And those people from all over the world are able to engage in these virtual services in meaningful ways. It’s not just a passive experience. Both in the U.S. and across the pond church leaders are finding creative ways to get online members more connected.

CHUANG: Churches that do online services will have a chat room on the side or note-taking functions. There is even one church in South Carolina that will allow you to light a virtual candle by clicking on a button to make the worship experience more interactive and participatory.

LOTHIAN: This new technology might breakaway from tradition, but Pastor Rasmussen says the early data is encouraging.

RASMUSSEN: People can engage in dialog and real time discussion of the sermon far easier online than they can even in the house.

LOTHIAN: Parishioners can then immediately share what inspires them with friends on social media creating a ripple effect far beyond the actual service. Like anything new there are growing pains. And streaming church isn’t a replacement for four walls and in-person fellowship-at least for now. It is however filling a void, in more ways than one, for parishioners who are unable to attend church in person. 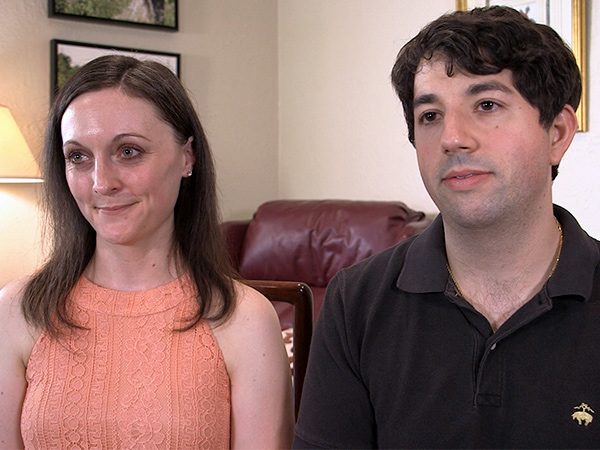 PAUL DERAMO: I think long term, we would like to be able to go to church and be active in as many small groups as possible and I think for right now at least, you know, in the last three years, just being able to stream online and being able to participate online has given us a place in the church.

JENNIFER DERAMO: That we can grow from.

PAUL DERAMO: That we can grow from, yeah.

LOTHIAN: And for seniors like the Harris’ it’s a lifeline to the spiritual enrichment they have treasured for decades.

PAUL HARRIS: Streaming by far beats nothing. Not going at all, not having anything. I can sit here and stay with my church.

For Religion and Ethics Newsweekly I’m Dan Lothian in Dallas.

Many churches broadcast their worship services – edited, usually, and distributed over the air or on cable.  Now, more and more churches are taking advantage of streaming to present their services live, over the internet and available around the world.  There are problems, such as how to include absent audiences in such rituals as communion or baptisms.  But correspondent Dan Lothian reports from Dallas that many worshippers say watching a streamed service is a lot better than having no church service at all.