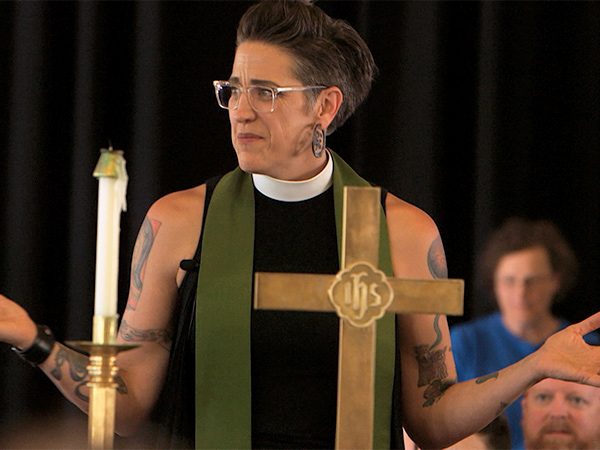 REV. NADIA BOLZ-WEBER (Speaking at 2012 ELCA Youth Gathering): My name is Nadia Bolz-Weber. I am a pastor in the Evangelical Lutheran Church in America. Maybe you’ve heard of that?

LUCKY SEVERSON, correspondent: It’s been said that this tattoo-adorned pastor is trying to reinvent the idea of church. She would argue that she has simply rediscovered it.

REV. BOLZ-WEBER: So much of spirituality is about sort of sanding ourselves down, you know, smoothing ourselves out so that we’re nice and shiny. But the fact is, is that I think the jagged edges of our humanity are what actually connect us to God and to one another. 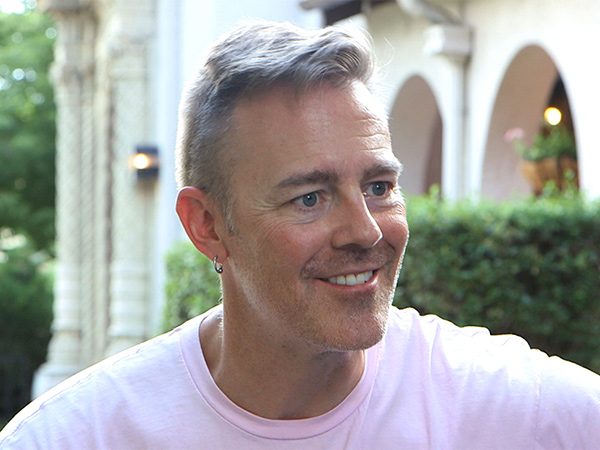 SEVERSON: Her church in Denver is called The House for All Sinners and Saints. Like its pastor, this is not a typical congregation. Take Stuart Sanks. He was one of the earliest members, a drag queen known here as the Minister of Fabulousness.

STUART SANKS: I don’t have to check any piece of myself at the door. I can bring all of me, my wild socks and shoes and, you know, funny t-shirts and earrings and whatever. You know, I can bring all of that stuff with me, just like people can bring their questions and their doubt and their unbelief.

SEVERSON: Stuart left his old church because he felt marginalized by the members.

REV. BOLZ-WEBER: They want to be seen as accepting, so they’re like “we’ll love anyone who comes to us,” but then someone who’s magnificent like Stuart shows up, and he’s like “Hey, I might want to help run the kids program.” They’re like, “Well, we can’t allow that.”

SEVERSON: Carina DuHadway had been active in church for most of her life, until she felt like an outcast when she announced she was gay. And then she discovered The House. 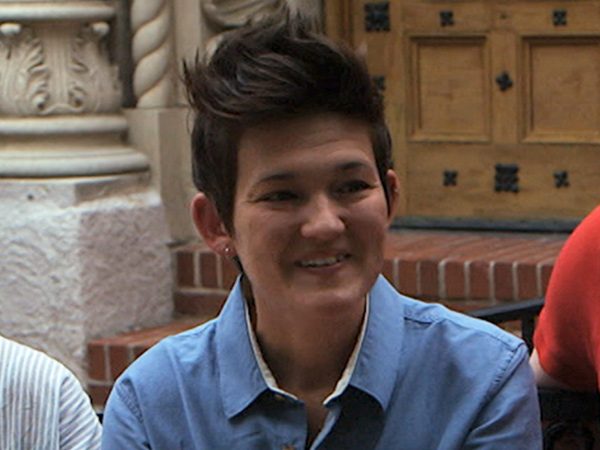 CARINA DUHADWAY: Finding this church was pretty, I don’t know…

DUHADWAY: I guess fortuitous, yeah. I was in a really, kind of, place where I was very despondent and was ready to leave the church.

LORISSA BRUNK: It blew me away. I just, I had just never experienced anything like it, the mix of the kind of the recovery, truth-telling, honesty. I would look across the room and think, “God is looking at me,” and it changed me.

Rev. Bolz-Weber: “The Lord be with you…”

SEVERSON: Nadia Bolz-Weber has given speeches all over the world. Written two New York Times best-selling books. Her most recent is called Accidental Saints, Finding God in All the Wrong People. For thousands of fans, believers, the pastor has become a religious icon, but she says her parishioners are better Christians than she is. 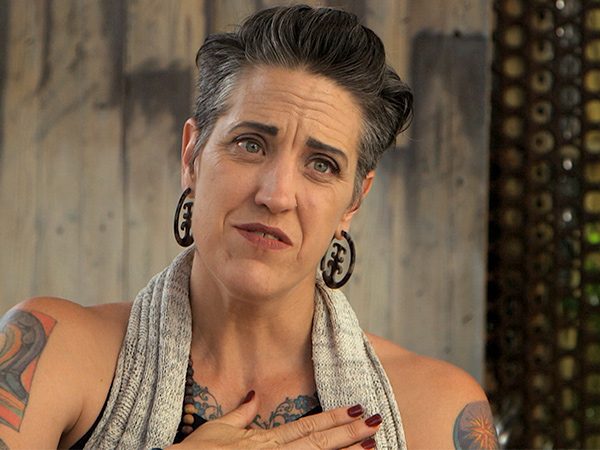 REV. BOLZ-WEBER: You know, I do admit some fairly inelegant things about myself in my preaching and in my books. But for me there’s a purpose in it, and it’s to sort of create a space around me that other people can step into to maybe safely consider that thing for themselves.

We Are The Church video: “My name’s Badger…Bethany…Laurel. I’m Jim, and I am the church regardless of my sexuality...”

SEVERSON: Approximately a third of her congregation of about 350 are in the LGBTQ community, but not all.

STEPHEN LUDWIG: The joke around the congregation is I’m the token straight white corporate guy.

SEVERSON: Stephen Ludwig is a vice president of a Fortune 500 marketing firm. He was raised a Catholic, but says he found that his old attitudes about sin and imperfection have changed since he started coming to The House. 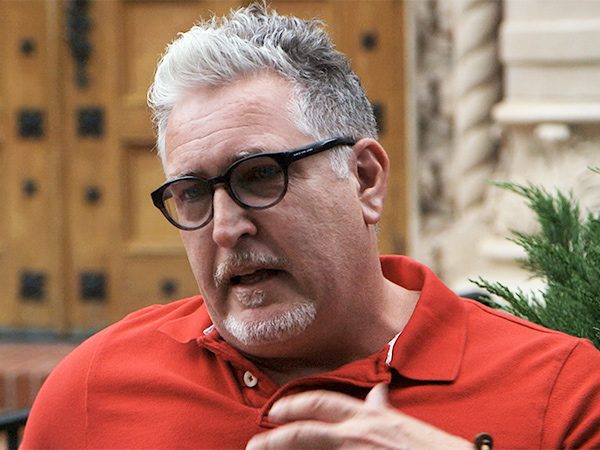 SEVERSON: The pastor thinks religion should be about community and supporting one another. Once a month she joins her unusual congregation for a bonding outing like this one at an old-time Denver amusement park.

She has graduated from drugs to physical fitness, a recovering alcoholic who was once a pagan and, oh yes, she was a standup comedian.

REV. BOLZ-WEBER: I literally have no idea how anybody manages to be a preacher without being a stand-up comic first.

SEVERSON: But as a pastor, she is dead serious.

REV. BOLZ-WEBER: I am actually a very orthodox Lutheran theologian. 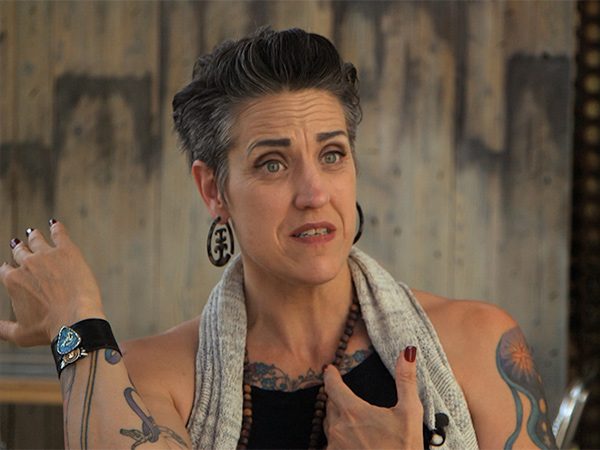 SEVERSON: She says her congregation is religious but not spiritual.

REV. BOLZ-WEBER (Speaking at 2015 “Why Christian?” Conference): At House for All Sinners and Saints, the absolution we often use goes like this: “God, who is gracious and merciful and slow to anger and abounding in steadfast love, loves you as you are. As a called and ordained minister of the church of Christ, and by his authority, I declare to you the entire forgiveness of all of your sins.” No one says that s**t to me in yoga class.

SEVERSON: She was ordained a pastor in the ELCA, the most liberal of Lutheran denominations. But she was raised in a fundamentalist church, where her family attended three times a week.

REV. BOLZ-WEBER: It was a sin-management program, basically. I mean this church was really about saying you know you’re Christian if you avoid doing these naughty things. So there’s the naughty list. If you’re good at not doing these things, that means you’re a good Christian.

SEVERSON: As a child, she suffered from Graves’ disease, an auto-immune disorder that caused her eyes to bulge.

REV. BOLZ-WEBER: There wasn’t a day that went by that I wasn’t sort of, I didn’t have a barrage of insults and name-calling thrown my way.

SEVERSON: She grew up angry and became addicted to drugs and booze when she was fifteen, flunked out of Pepperdine University. Then, of course, there are the tattoos—mostly biblical figures: Lazarus, Mary Magdalene…. 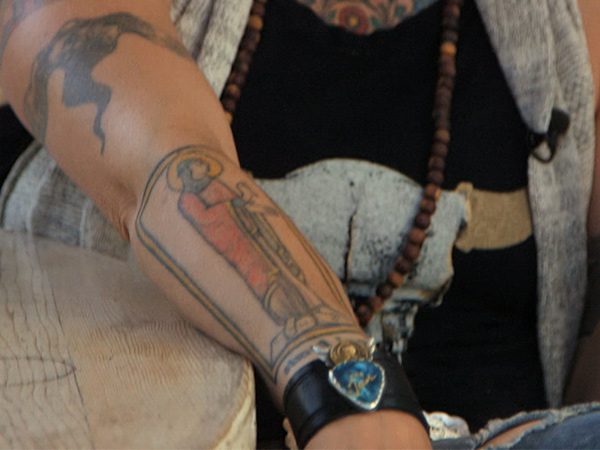 REV. BOLZ-WEBER (Explaining Tattoos): She’s announcing the Resurrection. And I love that she has her finger up, like, literally, “Guys, guys, I gotta tell you something.” You know? I love this.”

SEVERSON: She’s married, with a daughter and son, and very protective of their privacy, as she is her congregation, which is why there are so few pictures of an actual service at The House while we were there.

SEVERSON: What nudged Nadia Bolz-Weber on the path to the pulpit was when she did a eulogy for a comedian friend who committed suicide. That was the beginning. She started a study group in her home. Went to the Iliff School of Theology. The rest, as they say, is history.

She has admirers from across the religious spectrum, like Father Bob Hart with the St. Thomas Episcopal Church in Denver, where her congregation held its services until it found something bigger in a former synagogue. 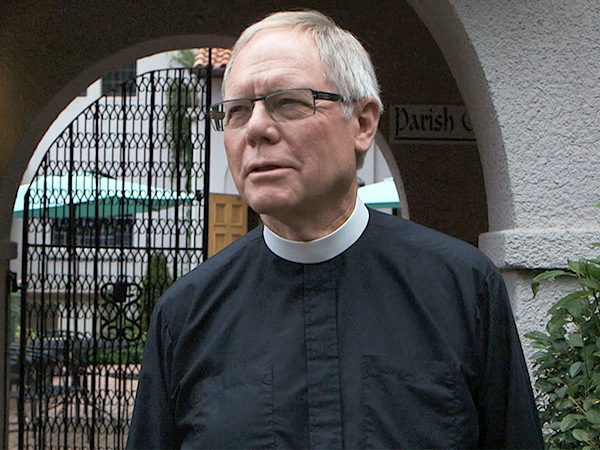 REV. BOB HART (St. Thomas Episcopal Church): I’ve worshipped with them, and they’re actually…it’s a really engaging and stimulating and interesting bunch of people. I’m sold on it. You get that sense that they want to worship together, but they probably wouldn’t be in church on Sunday morning in a more conventional setting.

REV. BOLZ-WEBER: My spirituality has definitely come from these encounters with people I would never choose out of a catalogue, who have—who change me on a regular basis.

SEVERSON: Sarah Adam started coming to The House because she didn’t have to get up early. The service is in the afternoon, and they serve snacks. But that’s not why she stays.

SARAH ADAM: The people here are incredibly authentic and real and willing to talk about issues of domestic violence and mental health issues and things that are not going well in their 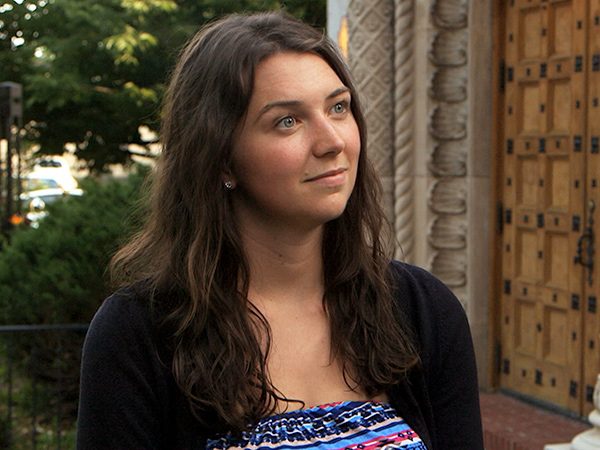 lives, and that is such a unique way to come and worship together, because it’s about acknowledging our brokenness instead of pretending that everything is fine.

SEVERSON: In the beginning, there was so much brokenness in The House the pastor didn’t know what to do when seemingly normal people started showing up. Then a young member spoke up.

REV. BOLZ-WEBER: He’s like listen, you know, as the young transgender kid who was welcomed into this community I just want to go on record as saying I’m glad there are people who look like my parents here now, because they love me in a way my parents can’t.

SEVERSON: Stephen Ludwig is one of the straight members. 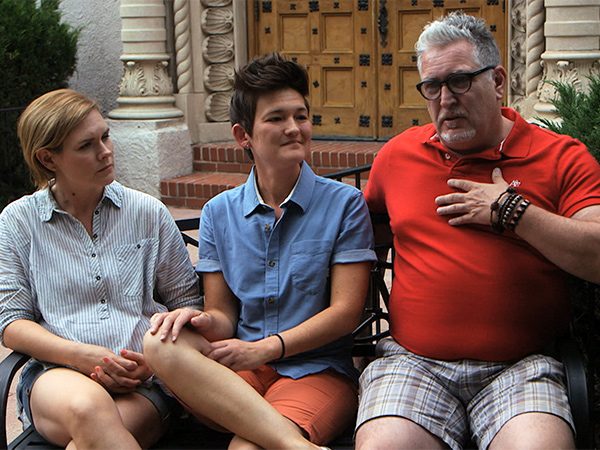 LUDWIG: I’m blessed. I feel like they let me come here. It’s not the other way around, right? So they’re doing me a favor by letting me come, and so this idea like oh, you’re a gay-friendly church. Nonsense. It’s like this is the way it should be.

REV. BOLZ-WEBER: That’s the thing that is so puzzling to me about conservative Christianity in America, is that what I read from Jesus, are things like that the first shall be last and the last shall be first. Look at who he hung out with. Like he befriended tax collectors and prostitutes, and he kissed lepers.

SEVERSON: She is traveling Europe and the United States this fall, promoting her book and preaching that we are all both sinners and saints.

We take you to The House for All Sinners and Saints in Denver, a widely unconventional congregation led by Evangelical Lutheran Church in America pastor Nadia Bolz-Weber. She told correspondent Lucky Severson her language, teaching, and tattoos symbolize her acceptance of everyone, and they of her. Together their church is thriving.