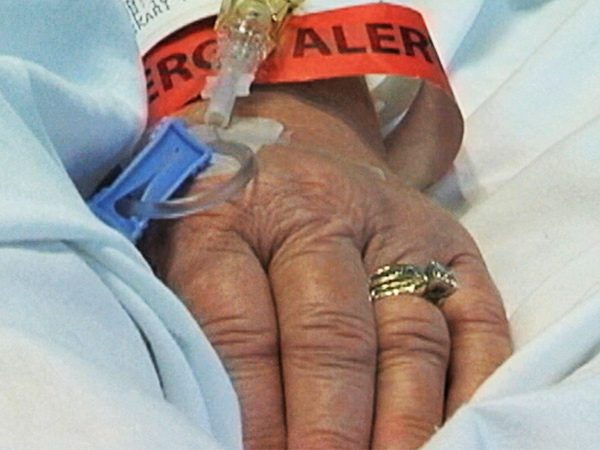 DAVID TERESHCHUK, correspondent: Being admitted to a modern American hospital might be a tough, soul-less experience. You’ll encounter a world of machines and electronics, and sometimes doctors who possess life-saving skills but who might appear impersonal. Some of them these days have even been trained, in part at least, on computerized robotic mannequins in place of human patients.

REV RICK BAUER (Chaplain, Mount Sinai Hospital): In the medical-industrial large complex, perhaps someone feels unconnected because of their diagnosis, because of that ultimate existential, ultimate spiritual question: “Why is this happening to me?”

DR CHRISTINA PUCHALSKI (Founder and Director, George Washington University Institute for Spirituality & Health): A lot of spiritual and existential questions come up. So we’re all one being. We have a physical aspect, an emotional, social, and spiritual. 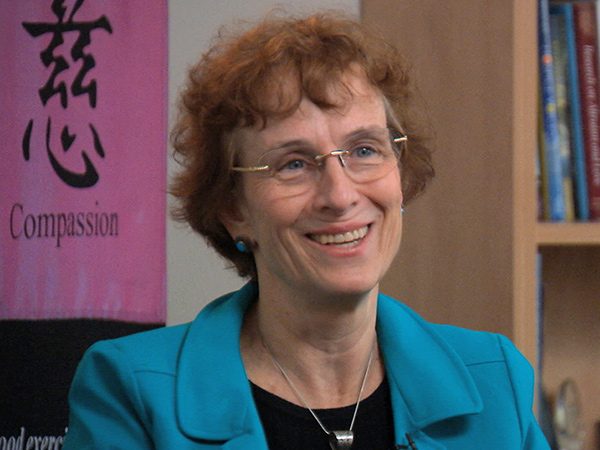 TERESCHUK: Spiritual responses to patients’ needs are now gaining greater ground throughout the country’s hospitals. Helping to lead the movement is Dr. Christina Puchalski, who directs the George Washington University's Institute for Spirituality & Health, part of the medical school. The movement has been described by a recent head of the office of public health, Harold Koh, as “a silent revolution.”

DR. PUCHALSKI: This is a silent revolution that’s transformed healthcare so that every person can have their inner life, their spirituality addressed as an integral part of their care.

TERESCHUK: One of New York City’s biggest and busiest medical centers is Mount Sinai, originally Jewish and later to cater to all faiths—and none. Nowadays, like many hospitals, it is putting more and more emphasis on the spiritual care for its patients. 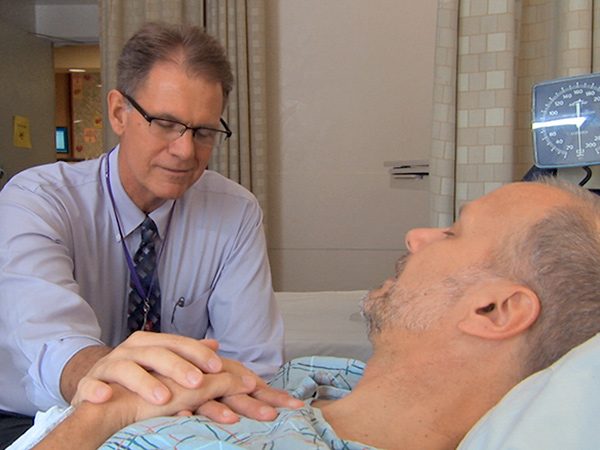 The frontline troops for this approach are, of course, hospital chaplains, and here a new batch of them have been undergoing specialist training at Mount Sinai and winning their chaplain diplomas. The class includes rabbis, Muslim trainees—and also Father Rick Bauer, a Catholic Maryknoll missionary. His new role is very different from the 20 years he spent working in African countries. In Namibia he led the effort to beat down the prevalence of AIDS, and with that success behind him he is now learning to get up-close-and-personal with individual hospital patients.

REV. BAUER: More than any other of the health workers and health professionals, the chaplain has the ability and the job to be present, totally present to you and listening to you.

O God our creator and sustainer...

TERESCHUK: Presiding over Bauer’s and the other chaplains’ training is the medical school’s director for spirituality and health, Dr. Deborah Marin. She sees her chaplains as crucial to healthcare’s growing emphasis on spiritual matters. 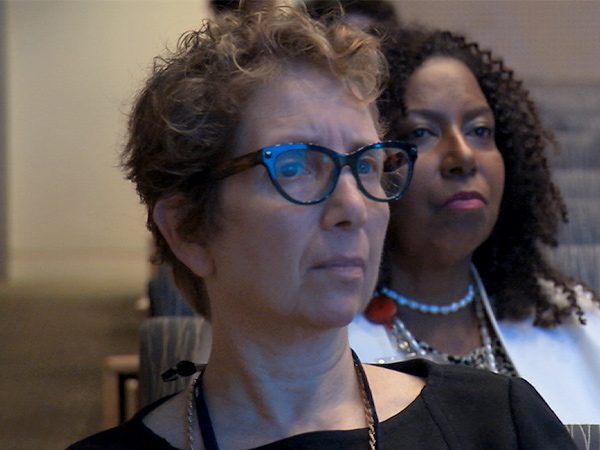 DR. DEBORAH MARIN (Professor of Psychiatry and Director, Mount Sinai Health System): There’s a lot of data that shows that when one is sick one has spiritual struggle, and the chaplain could involve you in understanding what your struggle is about, and ameliorating that struggle.

To patient: Would it be okay if I put my hand on your heart?

TERESHCHUK: But like all fully trained and certified chaplains, Bauer will minister not only to patients who share his own Catholic background. He will also—if need be, and if he’s wanted—provide his services to those of other faiths and to people of no faith.

REV. BAUER: Many patients that come to Mount Sinai—and under the little “religion” block it says “none” or “patient declined”—and I still go in and do my line and introduce myself as “spiritual care,” “religious care,” or "the guy you can chat with." 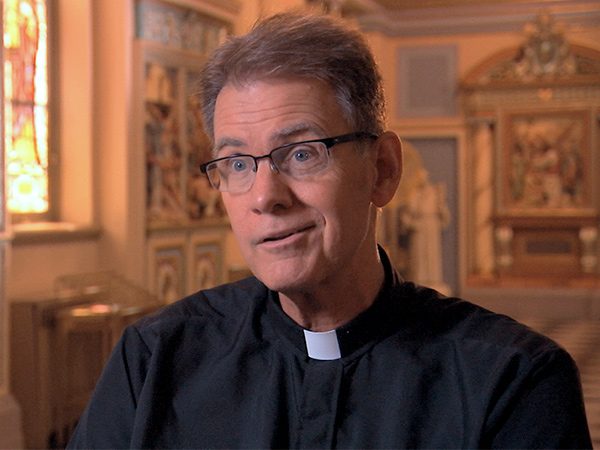 TERESHCHUK: Bauer recalls one patient who said he had no religion, no spirituality. His doctors told him that curative treatment would no longer work for his disease, and he became deeply agitated and distressed.

REV. BAUER: He was an individual who was having at the end of his life a lot of shortness of breath. I asked, you know, what would be helpful for him at this moment? He named his favorite singer, and so I took out my iPhone and started playing it for him. I used the music, I used my hand on his heart in kind of a general meditation, and I got him to sleep in 20 minutes. And we kept doing that.

Chaplains' Meeting: Good morning everybody. Who's going to be on call tonight?

TERESHCHUK: There are institutional benefits, as well, from having spiritual care closely allied with physical care, according to Dr. Marin. A psychiatrist by training, she is now also a vice-president of the entire Mount Sinai health system, covering seven New York hospitals. 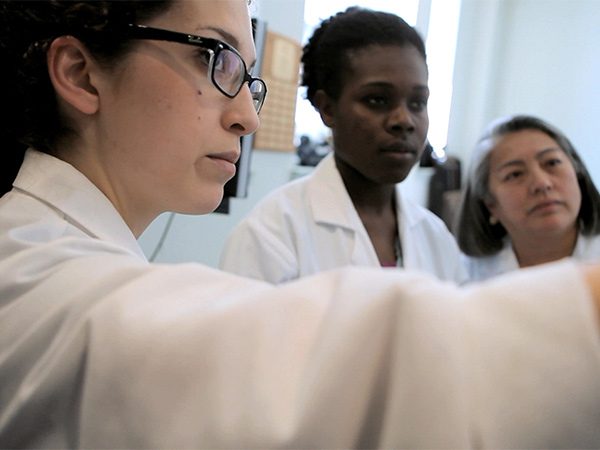 DR. MARIN: We analyzed a very large data set, and patients who saw a chaplain were significantly more likely to feel their spiritual and emotional needs were met. They also felt their experience in the hospital was better.

TERESHCHUK: The impact is also material, even registering in the system’s finances. How high a hospital scores in surveys of so-called “patient satisfaction” greatly influences how much federal funding it will get.

TERESHCHUK: But is there evidence that it actually improves their medical condition? Dr. Puchalski at George Washington University believes there are real signs that it does. It's a belief rooted not just in her academic work but also in her practical initiatives at the hospital.

DR. PUCHALSKI: And so we come up with a plan, say, that that person might meditate 20 minutes a day and monitor their blood pressure and see if there’s an effect, and usually there is, and see where we can balance between medications and their spiritual practice. 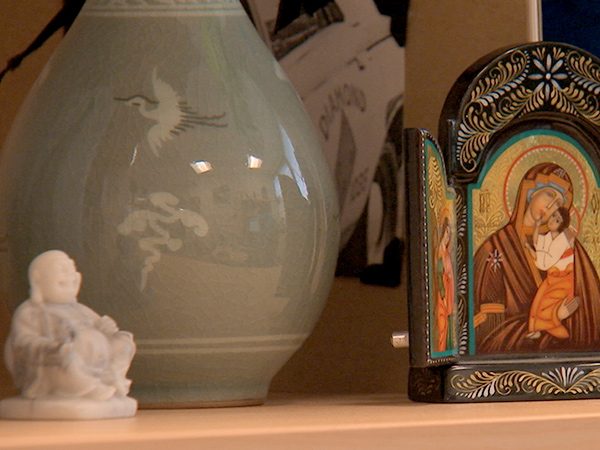 DR. PUCHALSKI: There’s many studies in cardiology, one is addressing patient’s spiritual beliefs within the clinical setting, and the study shows improved coping and some better health care outcomes.

TERESHCHUK: Such studies confirm for Puchalski the need to attend to patients in more than a purely medical manner. As an internist and palliative care physician she will often see a patient with a clinical team that includes not just a psychiatrist and a social worker, but a chaplain, too. 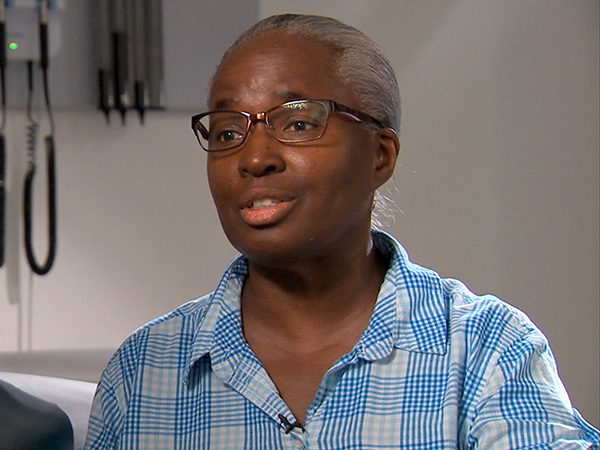 TERESCHUK: Janice Sylvestre, a longtime patient of Dr. Puchalski, is convinced the George Washington approach, integrating the spiritual along with the medical, has helped enormously in her health struggles, including surgery and other treatment for breast cancer.

JANICE SYLVESTRE: I have no clue what Dr. Puchalski’s faith is, but what I do know is that she knows that my faith is important to me. I'm a Christian. I believe in Jesus Christ. That’s like the most important person in my world, and she knows for me that if I’m being negligent about that relationship, well then I’m probably putting more stress on me than is necessary, and that stress can lead to some of the ailments.

TERESHCHUK: At Puchalski’s institute, doctors may rehearse their skills on robots sometimes, but they are now also addressing very seriously the less tangible, very human nature of their patients, including their beliefs

TERESHCHUK: For Religion & Ethics Newsweekly this is David Tereshchuk reporting.

More and more hospitals are now putting added emphasis on the spiritual care of their patients, and it is paying off both figuratively and literally. Correspondent David Tereshchuk reports from Mount Sinai Hospital in New York City, where he interviews hospital chaplain Father Rick Bauer, who says that more than any other health professionals the chaplain “has the ability and the job to be totally present to you and listening to you.” He also talks with Dr. Christina Puchalski, founder and director of George Washington University Medical School’s Institute for Spirituality and Health about the improved outcomes that result from having chaplains available to patients and the benefits for medical institutions of having better patient satisfaction. Says Dr. Puchalski: “You can’t practice excellent patient care if you don’t practice excellent spiritual care.”