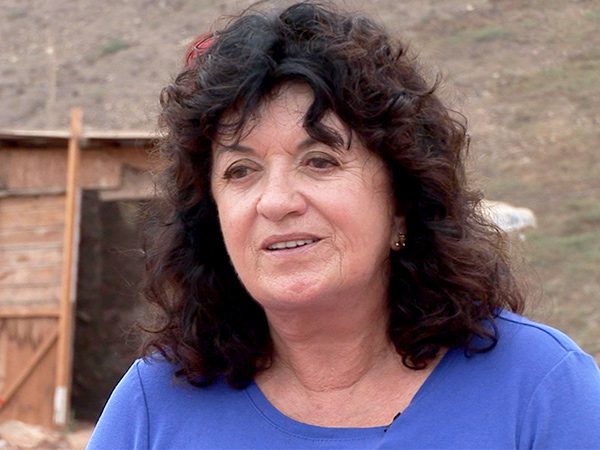 LUCKY SEVERSON, correspondent: Paula Claussen has made this trip so many times from the comfort of her home north of San Diego, across the border into Mexico, into a world of shantytowns where people struggle every day to survive. The name of this colonia is …

PAULA CLAUSSEN: … Fuentas del Valia, which is hilarious. It means “fountains of the valley,” and they have no running water. Maybe one day they’ll have a fountain.

CLAUSSEN: There’s a truck that comes around called a pipa, and they fill up great big barrels of water, and that’s how they get it. But for drinking water they have to go and buy it.

CLAUSSEN: Houses—you can’t even call them houses. Shacks made of scrap board, some people living in cars. Roofs that leak, and because of the dirt floors when it rained, of course, mud. 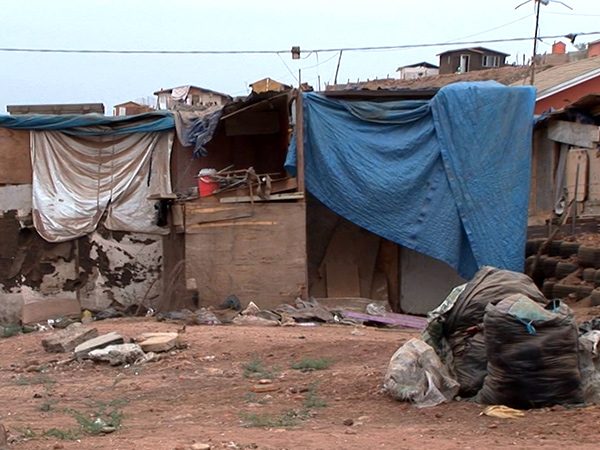 SEVERSON: Maria says in the last storm the shanty she and her three daughters were living in and many others blew away. But that won’t be happening to her new house, the one going up now thanks to Paula Claussen.

CLAUSSEN: Good grief, last time I was here I looked over there. There was just nothing but little shacks. And look at it now. Look at the number of houses. I did not realize we had done so many. All the colored houses are ours.

SEVERSON: She and her volunteers have constructed almost 1300 houses, each one in less than a day. They also built this community center that serves as a village church. Who would have thought—certainly not Paula Claussen—that this plainspoken mother of two, retired travel agent would become the CEO of a nonprofit foundation called Project Mercy.

Paula Claussen first came to the shantytowns of Tijuana in 1991. She came with a church friend to donate used clothing and blankets. What she found here about 25 miles south of one of the richest cities in the US changed her life in ways she never imagined—and the lives of many others. 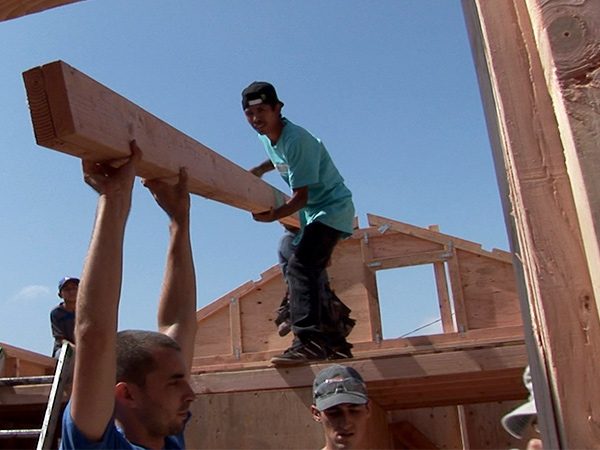 CLAUSSEN: I could see smiling faces but desperation in their eyes, and I thought, well surely I can do something.

SEVERSON: And so here’s what she did. She started helping repair the shanties and then she contacted the TV stations around San Diego. She wanted publicity—but not for herself.

CLAUSSEN: I went to the local media and said listen, this is what I’m doing. Will you do an article? And so they did, and because of this media coverage more people got to hear about it, and more and more people started volunteering.

SEVERSON: And then she took a grant-writing course, and the first grant she was awarded was from a very famous American charity called Newman’s Own.

CLAUSSEN: The check had been signed by Paul Newman himself on Christmas day in 1998. And that was an incredible, uplifting surprise.

SEVERSON: But what she needed most were volunteers, and among the first to show up was Mike Meziere and his family of eight kids. Meziere manufactures parts for race cars. He’s a devout Catholic from St. Timothy’s Church in Escondido, California. He and his kids and volunteers from the church have built about 80 houses. Materials for each house costs about $5000. 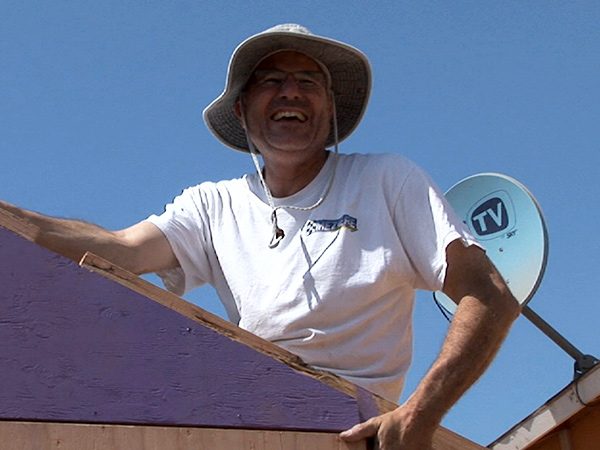 MIKE MEZIERE: I don’t think there’s anything that I could do that could change a family’s life as significantly in one day as what we do here.

SEVERSON: He says when his kids bring their friends here it makes an impression, one they won’t likely forget soon.

MEZIERE: And the kids were absolutely stunned. I mean it was dead quiet from going from a very noisy van all the way down to oh, my goodness, this is reality. It’s not something that you might see on TV every now and then. 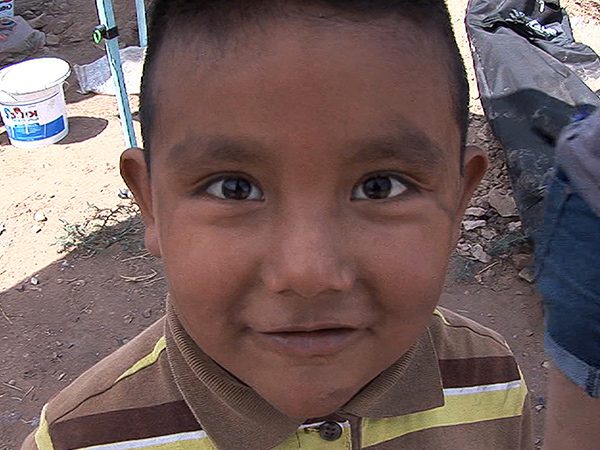 SEVERSON: Volunteers have come from across the US, including this group with International Relief Teams, based in San Diego. This is Jenna Montgomery.

JENNA MONTGOMERY: It’s a good reminder for us to be more grateful for what we have.

SEVERSON: Not all volunteers are from the US. Those fortunate enough to get a brand new colorful home are required first to have helped build other homes for their neighbors. It’s called “sweat equity.”

Mr. Roscoe worked on 15 homes before he and his family earned the one being built today. 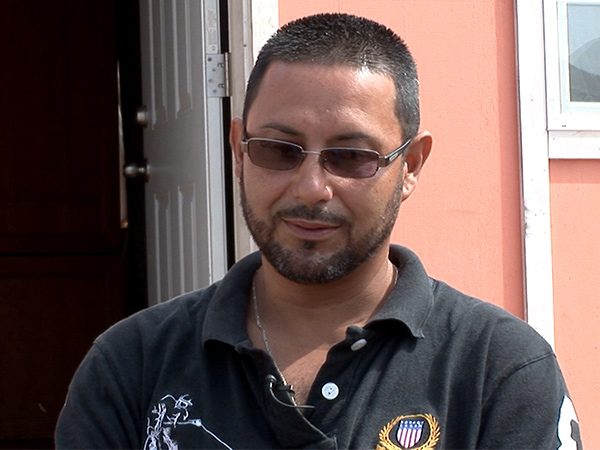 ANTONIO VEGA TAFOLLA: I have one bedroom, one living room, like little kitchen.

SEVERSON: Antonio lived with his wife and daughter and ailing father in a truck for four months before he earned his new home.

ANTONIO VEGA TAFOLLA: It’s really important to have a house for the family. Not for us, for the little kids—and the future.

SEVERSON: It’s all about the children, and there are 20 million living in poverty in Mexico, five million in extreme poverty. Few get to help paint their mom’s new home.

It’s looking good. We’ve just got to get the railing in up on the top there, and then it’s all done. 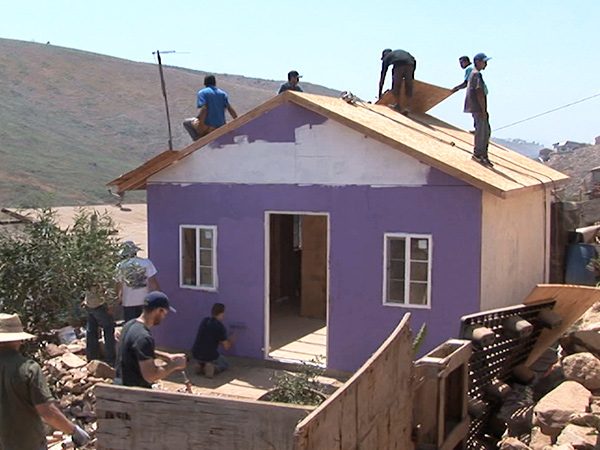 MEZIERE: It’s a great sense of satisfaction, but it’s not because of what I’ve done. I think it’s because of what we’re doing with the gifts that God has given us. It’s our obligation. I mean, for those that have been given much, much is expected, and I think we need to really pay attention to that.

CLAUSSEN: I want to give you the keys for your house. Gives you a good feeling.… I always say that next to raising my children, this has really truly validated my life. Not many people get to live and work their dream, and this has become a living dream.

SEVERSON: Come October, Project Mercy will host the annual Baja Challenge, where dozens and sometimes hundreds of volunteers show up. One year they built 44 houses in one day.

Correspondent Lucky  Severson reports on Paula Claussen of San Diego, who decided to build houses for the poorest families in nearby Tijuana. She recruited volunteers, and together they have built nearly 1300 simple, sturdy homes—sometimes as many as 44 in one day. They call their work Project Mercy.