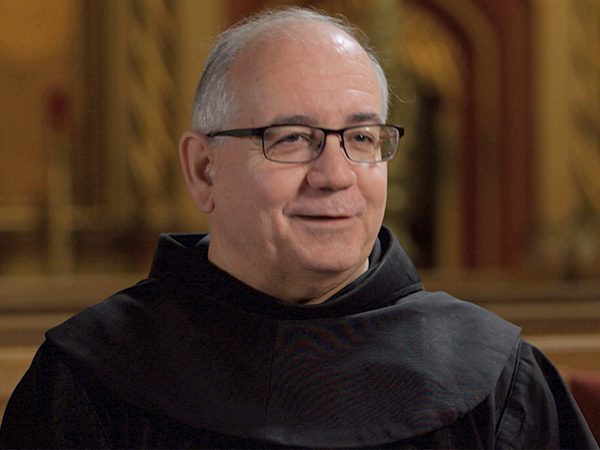 FR MICHAEL CUSATO, OFM (Franciscan Monastery, Washington, DC): As most people know, Francis came from a fairly prosperous merchant family in Assisi in the beginning of the thirteenth century. He was known to be the party man of Assisi, He was the leader of his youth group, if you will, and they frequented all kinds of drinking societies and things of that sort. Assisi was going through, really, its birth as a city, as a self-governing city, and Francis as a young man got pulled into the experience of warfare, and he engaged in a number of military expeditions. He was captured in 1202 and thrown in prison for a full year, which is a condition that kind of debilitated him. He realizes that war is empty. It’s not the way to live.

The stories we have about Francis tell us that he has a kind of a vision in which Christ appears to him: Why are you serving the servant rather than the master, meaning Christ. He breaks with his father. He doesn’t want anything to do with the material world of his own father. He disowned that patrimony and kind of set off into the countryside dwelling in caves and hovels to find places of reflection and prayer. 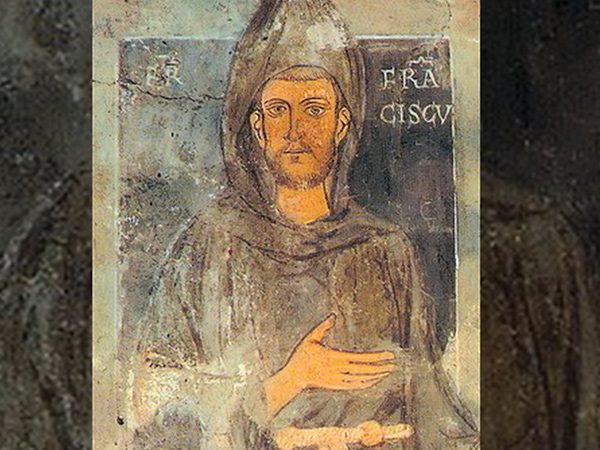 Francis began to attract to himself out in the countryside people who were interested in his conversion experience. They had seen the rather remarkable transformation that occurred in this man who was the former bon vivant of Assisi. Now he’s basically dressed in a pauper’s cloth and wandering around and ministering to lepers, and this really is the beginning of the Franciscan order.

The celebration of the animals, and Francis’s association with the blessing of animals, is one that eludes all of us. We don’t know when that type of ritual began.

FR CUSATO: What has been wonderful is to see how this ritual of the blessing of animals has caught fire with other faith traditions. 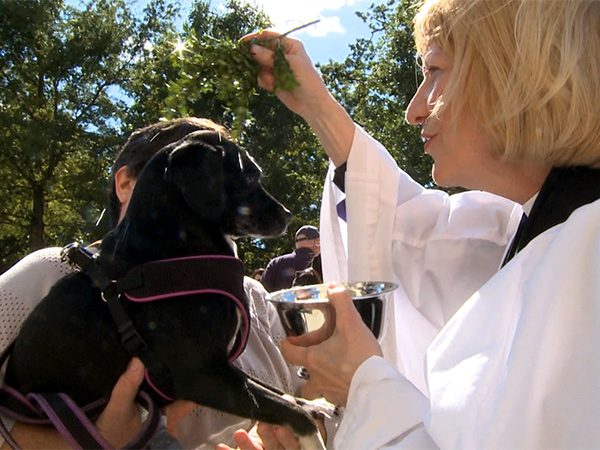 REV CAMPBELL: Gracious God, your servant Francis, who called each creature of air, sea, and land brother or sister, reminds us of your great love for all creation.

FR JAMES GARDINER, SA (Franciscan Monastery, Washington, DC): People have all kinds of stuff with them, snails, snakes, dogs, cats, birds, hamsters, you name it. You just don’t take a chance on putting your hand into a cardboard box. You’re not sure what’s in there, right? People come up. We usually sing a hymn together, and there’d be a prayer of blessing. Then we sprinkle the animals with holy water. We usually give people a little medal where it says, “St. Francis of Assisi, protect my pet.”

FR CUSATO: We associate Francis with animals because of the stories. One of the first accounts is a story of him preaching to the—famous story of him preaching to the birds, and we have many stories of his relationship and association with animals. The wolf of Gubbio story is one of the most famous of all. Francis went into the city, was told about this ravenous wolf. He takes him by the paw, kind of shaking his hand, and he gets the wolf to promise not to attack the citizens of Gubbio. That’s on the popular level, and it works perfectly fine on that level. But there’s also a deeper meaning to it. I think people see in the story of Francis and the animals something that’s just so right. You can talk about the theological vision of the animal kingdom, but so 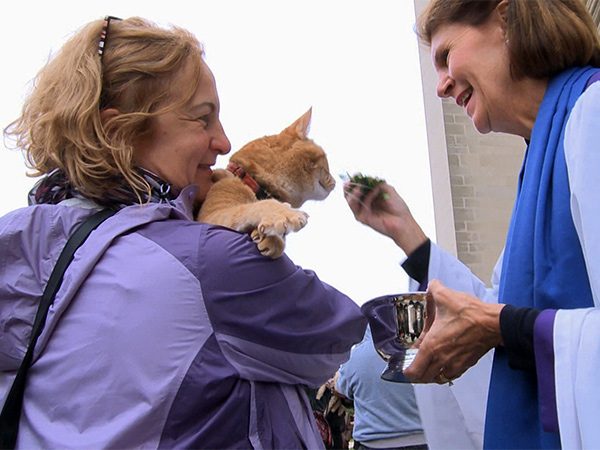 many of us have pets, pets who are actually members of our family, become members of our family. We want them to be kind of included in the blessings of the grace of God. We all are in this in some great sacred fraternity, bound to one another inextricably and forever.

FR GARDINER: We hear all of these stories about St. Francis, preaching to birds and talking to the wolf and all. Now that’s quite possible. I wasn’t around, so I don’t know. But do you know what? It’s always in the back of my mind that all of nature spoke to Francis.

I think Francis would approve, I think.

This week many churches around the country celebrated the Feast of St. Francis (October 4), a day that recalls the life of the 13th century saint revered for his devotion to every part of creation, especially animals. In his honor, faith communities marked the day with a blessing of pets and animals. At the Franciscan Monastery in Washington, DC we spoke about St. Francis as protector and friend of animals with Father Jim Gardiner and with Catholic historian Father Michael Cusato.