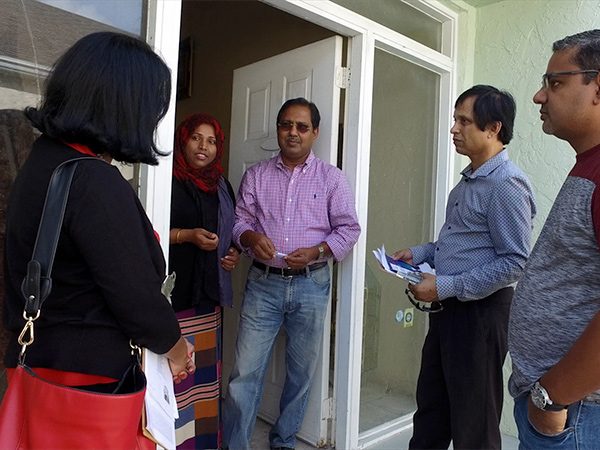 DAN LOTHIAN, correspondent: This hardly feels like a political battleground. The only rhetoric at this South Florida beach is the sound of wind…and a few muffled words from surfers as they paddle and position themselves to catch the next wave. But in the land of sunshine and palm trees, there’s a final big push underway to mobilize people in key voting blocs, and Muslim Americans are increasingly becoming attractive, if not influential.

AFIFA KHALIQ (Communications Director, SEIU Florida Public Services Union): The union knows that this is a community that we need to reach out to, to educate, empower them to get more politically relevant in the process. 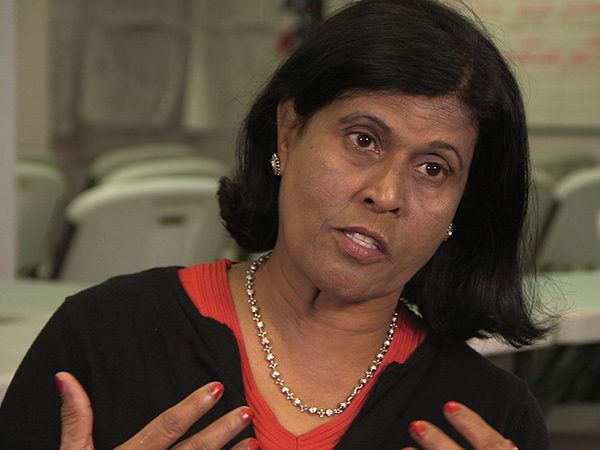 LOTHIAN: And one of the people helping to do that is Nasda Alam. A longtime political organizer in her home state of Massachusetts, she has been down in Florida for weeks volunteering with union members and other groups to get Muslim Americans to register and vote in the upcoming presidential election.

NASDA ALAM (Massachusetts Muslim Voter Registration Project): In 2008 and 2012 we also—I personally was very involved with the voter registration and Muslim reach out, and that time my focus was civic engagement, and we asked Muslims that if you believe in this country, you are part of this plan, part of the fabric of that, that you do your civic duty. But this year there is also the issue with our existence, our safety, and our religious identity.

LOTHIAN: That message is being heard in religious institutions like this mosque in Boca Raton. For Muslims, especially recent immigrants, sitting on the sidelines is no longer acceptable. 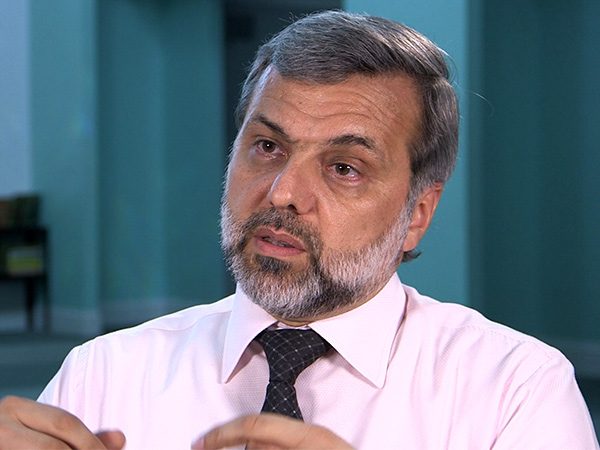 BASSEM AL HALABI (President, Islamic Center of Boca Raton): They have in the backgrounds in their mind that I need to get established before I can help anyone else, and when they receive any opposition or any discriminations we were all under the idea of it’s okay, keep silent about it, don’t raise an issue, because you need to keep moving. But it has reached a point where Islamophobia itself, the damage that they are causing to the Muslim communities is way beyond silence.

LOTHIAN: There are an estimated 170,000 Muslim Americans in Florida. According to the Pew Research Center, the population is about three-and-a half million in the US. This time around they lean Democrat, but it wasn’t always that way.

PROFESSOR ROBERT WATSON (American Studies, College of Arts and Sciences, Lynn University): This is the biggest and quickest shift in voting behavior that I can think of in American political history. 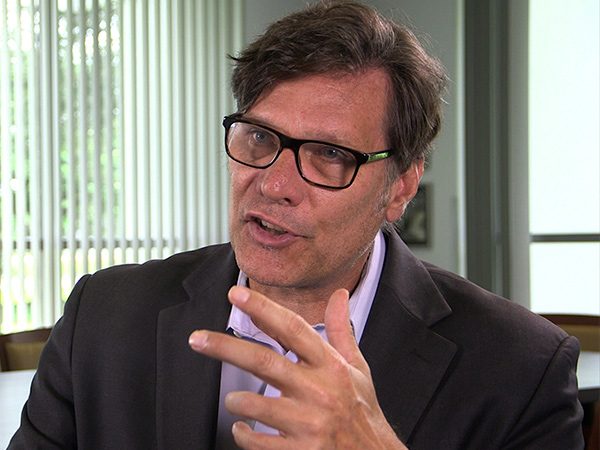 LOTHIAN: Robert Watson is a professor of American studies at Lynn University in Boca Raton and the author of about 40 books on politics and government. He points to the year 2000. Republican George W. Bush’s faith-and-values message got him more than 70 percent of the Muslim vote in Florida, where he narrowly won the presidency. Eight years later those numbers flipped in favor of President Obama, the Democrat.

WATSON: There's basically two touchstone events that are changing the landscape of Muslim-American political engagement. The first one was George W. Bush’s response to 9/11. The second big event would be Donald Trump’s candidacy.

LOTHIAN: As volunteers went door to door and worked the phones to encourage Muslims to register and vote, conversations kept coming back to Islamophobia.

OLIVIA CANTU (South Florida Director, Emerge USA): Right now, given the current climate and the political rhetoric, there is—we are a target, so we are being attacked. 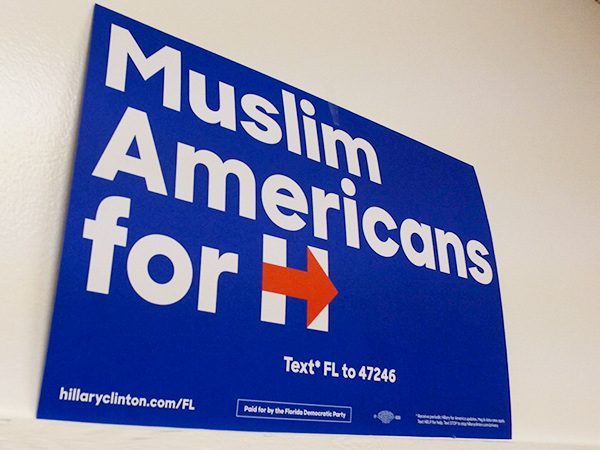 LOTHIAN: A recent poll by the Council on American-Islamic Relations found that 85 percent of those who responded believe Islamophobia and an anti-Muslim sentiment increased in the past year. At times this issue has been front and center in the presidential campaign, with Hillary Clinton, according to polls, getting the majority of support among this fast-growing constituency.

Both of the candidates have been spending a lot of time here in Florida and Hillary Clinton, who was just at a rally here, has been focusing specifically on Muslim Americans. In fact, she has a point person that is doing outreach to the community. Now while Muslim Americans still care a lot about faith and values, the younger generation, the millennials, are also putting a lot of weight on the economy and who will help keep them safe.

TAMARA AYON (Florida Executive Director, Emerge USA): I think the youth is trying to create their own narrative. What you see on television and what is commonly portrayed for American Muslims across the country is not the real face and voice of American Muslims.

LOTHIAN: EMERGE, a national organization working to educate and engage more Muslims in the political process, is taking advantage of that.

SABA AHMED (Founder, Republican Muslim Coalition): We want to definitely pinpoint where these strong leaders are in the community and then give them all the support that they need to be able to represent our community. 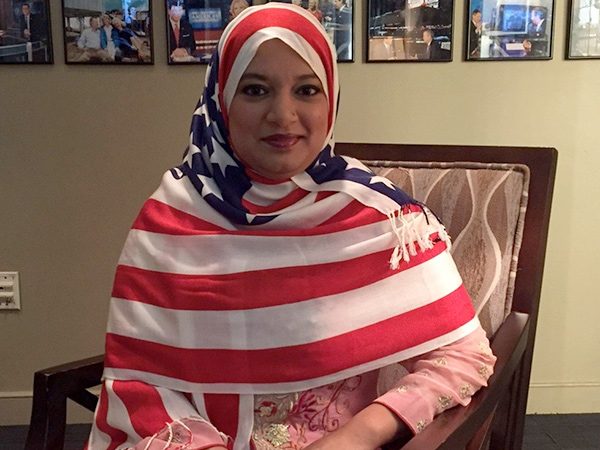 LOTHIAN: Before you are left with the impression that this entire voting bloc has abandoned its right-leaning roots, meet Saba Ahmed, a lawyer, founder of the Republican Muslim Coalition and Trump supporter.

LOTHIAN: And what about the rhetoric in this campaign, like the Muslim ban, a position Trump held, then backed away from?

AHMED: I tend to ignore it, and then Donald Trump himself toned down on his anti-Muslim rhetoric quite a bit. I tend to see it as an opportunity for Muslims to engage with the Republican Party and to educate them about Islam and Muslims. There’s hardly any Muslims within the Republican Party to counter the narrative, and that’s what we’re trying to do.

LOTHIAN: Ahmed says her political views aren’t always welcomed in certain mosques and that it’s challenging trying to defend some of the comments from politicians in her party. But she’s working within, not walking away. 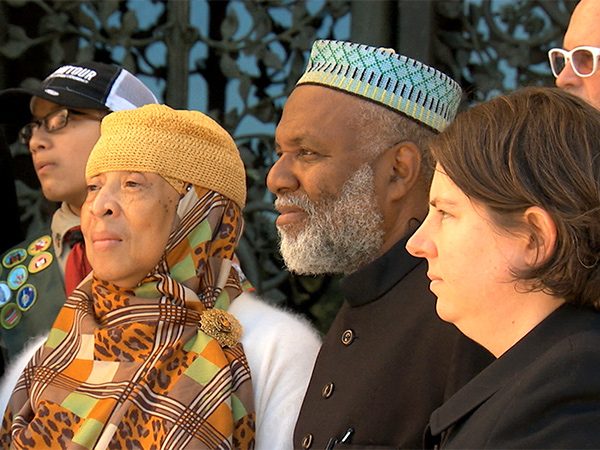 AHMED: Presidential candidates ought to be reaching out to all communities and, regardless of our faith, reach out to voters in swing states and especially Muslim Americans, because we feel so vulnerable and isolated.

LOTHIAN: Alam, who continues working the phones and knocking on doors, thinks the Democratic Party and Hillary Clinton, not Trump, are the better option, but they all agree on this:

ALAM: I want to see peace and harmony with all communities together. Everybody's voice is important. We need to make a peaceful world, not killing but loving.

Correspondent Dan Lothian reports from Florida on the voting challenges and the feelings of vulnerability and isolation facing Muslim Americans this year. According to the Council on American-Islamic Relations, 85 percent of American Muslims who responded to its recent poll believe Islamophobia and anti-Muslim sentiment have increased in the past year. Florida’s 170,000 Muslim Americans could very well be a critical factor in determining who carries this battleground state.