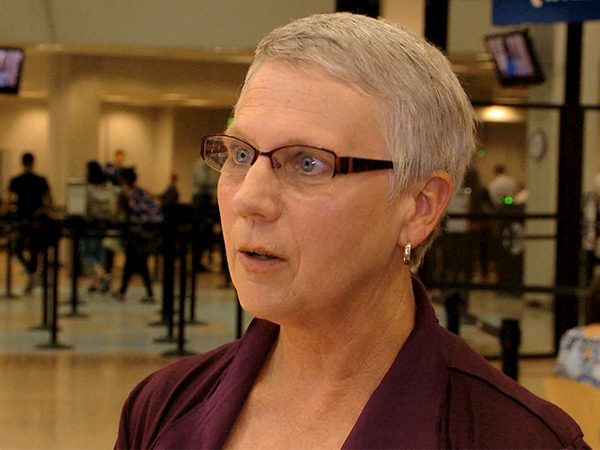 LUCKY SEVERSON, correspondent: This is not an uncommon sight at the Salt Lake City International airport: refugees arriving from all over the world to a warm embrace. Today they’re from Somalia and Nepal. Among those here to welcome them and help them is Martha Archuleta, a volunteer with Catholic Community Services.

MARTHA ARCHULETA (Catholic Community Services of Utah): It’s an opportunity for me to live out my faith. Christ gave us the example of caring for the poor and welcoming the stranger in our midst.

SEVERSON: About 1200 refugees will arrive here this year, to a place that stands out, particularly among red conservative states, for its attitude toward refugees. They are welcomed here, unlike at least 30 other states that have said they are not welcome, especially those from Syria. That’s where Kholoud Abou Arida came from, along with her husband and three children. 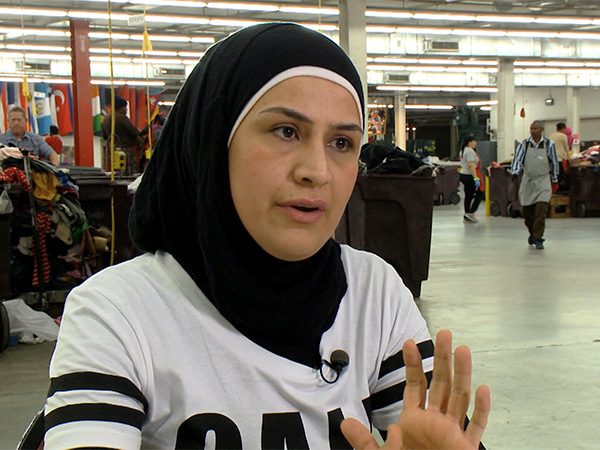 SEVERSON: Was it dangerous there?

KHOLOUD ABOU ARIDA: Yes, yes, and my husband two times went to jail. My children, not safe for them.

SEVERSON: Aden Batar is the director of immigration and refugee resettlement for Catholic Community Services. There are over 60,000 refugees now living in Utah. He says there is an important distinction between being classified as an immigrant and as a refugee.

ADEN BATAR (Director of Immigration and Refugee Resettlement, Catholic Community Services): An immigrant is somebody who left their country on their choice for a better future, a better life. A refugee has to show a well-founded fear of persecution based on religious persecution, political opinion, based on membership in a social group and so forth, so the refugees have to meet that definition in order for them to be given a refugee status. 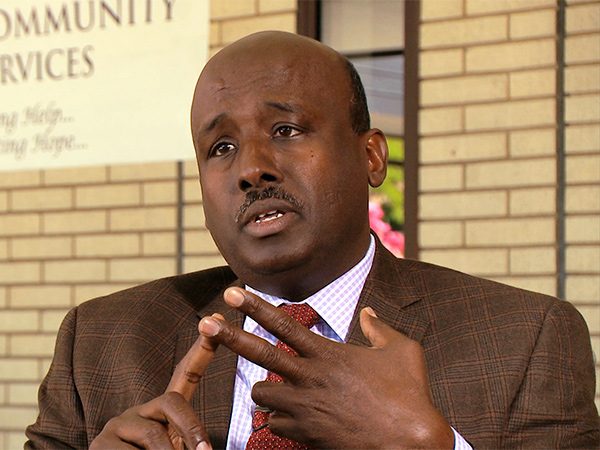 SEVERSON: Aden himself is a refugee and a Muslim. In Somalia he was a practicing lawyer who fled his country in 1996.

SEVERSON: States that don’t want refugees are concerned that there will be terrorists among them, but Aden Batar says that fear is unfounded. The vetting process, he says, is exhaustive. First, the United Nations High Commission for Refugees must determine that an individual or family qualifies as a refugee. That’s a small percentage. Then the U.S. sends investigators to the camps. 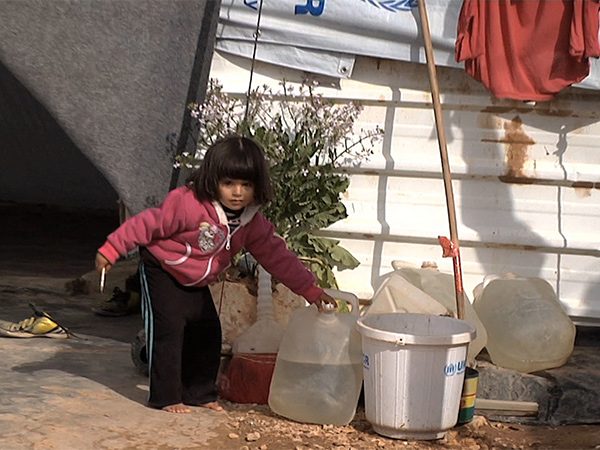 ADEN BATAR: Then they have to go through a screening process, where they would be fingerprinted, their names will be checked against the multiple databases. The FBI the CIA can check those individuals to make sure they are not linked with a terrorist, to make sure they don’t have any criminal background.

SEVERSON: The process on average takes two years and longer.

ADEN BATAR: I understand why people have the fear, but refugees are not the ones that are harming this country. Ever since the refugee resettlement program started back in the ’70s, we have more than 3 million successfully resettled in the U.S., and those refugees are contributing members of our society.

SEVERSON: Back in Syria, Kholoud was a teacher of Arabic in Damascus. Now she drives a fork lift at the LDS—Mormon—Humanitarian Center. She hopes to teach here.

KHOLOUD ABOU ARIDA: So scary, because everything here different—culture, people, everything. And language, so hard. Yeah, but now we love America and the people here in Utah, very friendly. 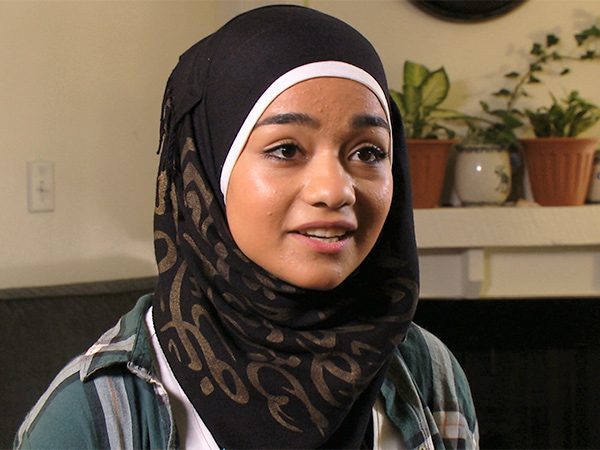 SEVERSON: Her husband is a chef. Their three children attend public school. This is Nour. She’s 16.

NOUR BILAL: I learned English so fast and everything was quickly for me. I don’t want to go back to Syria, because I start my new life here. I start my new future here.

SEVERSON: For four hours each weekday Kholoud and about 200 other refugees work sorting out clothing to be sent around the world. Tomorrow is payday, so everyone is wearing a smile. In the afternoon they learn English and how to get a job.

ADEN BATAR: Refugees, after 6 months they’ve been in the country, when they get their first job they are required to pay back their airfare. 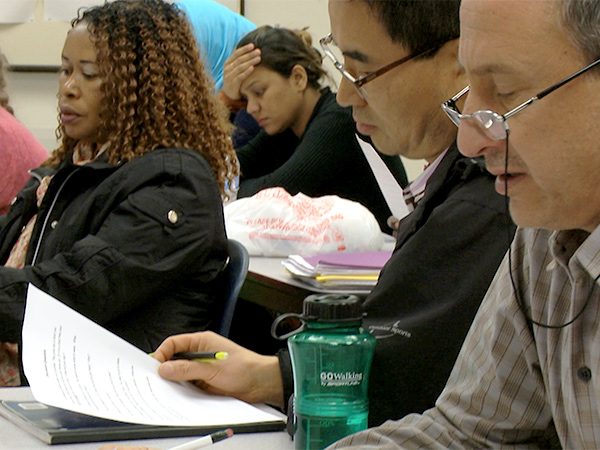 SEVERSON: For Kholoud’s family, airfare cost $8,000. That’s one reason there are classes like this one about personal finance.

ADEN BATAR (speaking to refugees): If you get a job within the first 6 months while we’re paying your bills save as much as you can, because tomorrow you’re going to need a car.

SEVERSON: The minute refugees arrive in the U.S., after being fingerprinted and another background check, they are given legal status to work, to go to school and get benefits, such as Medicaid. There’s a furnished apartment waiting for them with furniture donated from throughout Utah. Everyone must learn English.

ARCHULETA: We do some things that are very practical with families, like teaching them the public transportation system, the grocery store, how to operate—sometimes—a washer and dryer. But our very most important role is being their friend and being a person they can trust from the larger community. 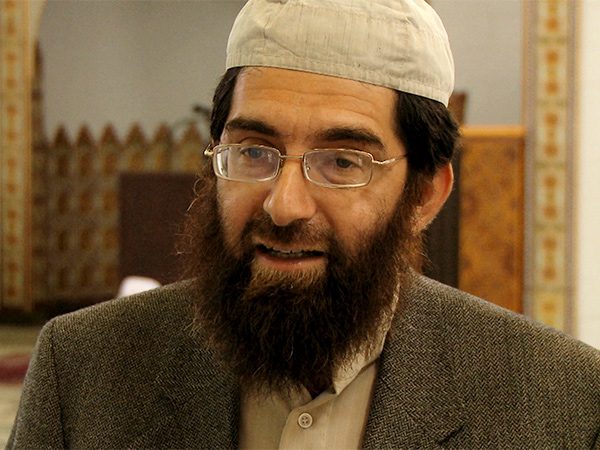 SEVERSON: Imam Muhammad Mehtar emigrated from South Africa and arrived in Utah 9 years ago. He says Utah is benefiting from welcoming refugees.

IMAM MUHAMMED MEHTAR (Khadeeja Islamic Center): They’ve gotten diversity. They’ve gotten more businesses now that want to come to Utah because they don’t look at Utah as a state that wants to divide individuals. And I think if you want to call this an experiment it’s worked very well in their favor economically, socially, politically, all around, I think.

SEVERSON: It’s not only Mormons and Catholics who are supporting refugees. There are dozens of nonprofit organizations and individuals from all faith groups who chip in.

ADEN BATAR: If you look at the Mormons themselves, they’ve been persecuted, they’ve been there. They understand what persecution means. 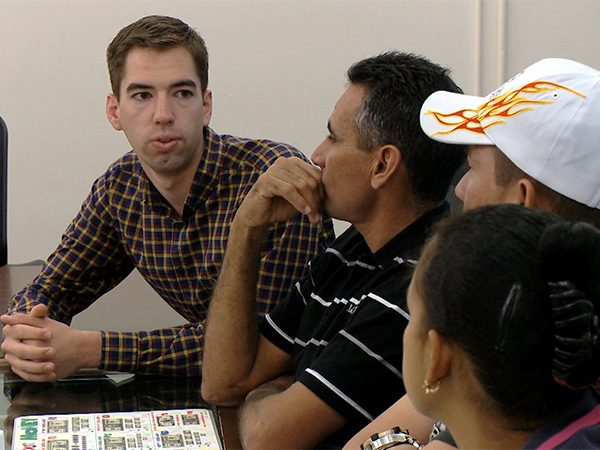 SEVERSON: People here say the reason why Utah is so welcoming to refugees is because the early settlers themselves were refugees. They were fleeing religious persecution all across the country to get here. Their leader and many of their men were murdered. Because so many Mormon converts came from Europe, President Rutherford B. Hayes asked Europe not let any more migrate. So people here do empathize, and it’s not only Mormons.

ADEN BATAR: Islam teaches us to love our neighbors, to love one another. That’s what my faith teaches me, and that’s what I believe.

SEVERSON: Emily Stevens is a Mormon. She works for the AMAR Foundation, an international nonprofit that provides healthcare and education to people living in refugee camps in Iraq.

EMILY STEVENS (AMAR Foundation): To see what 30,000 people look like in one camp which is more than the population in the town I live in—it really changed my perspective. A lot of them spoke really great English. They had 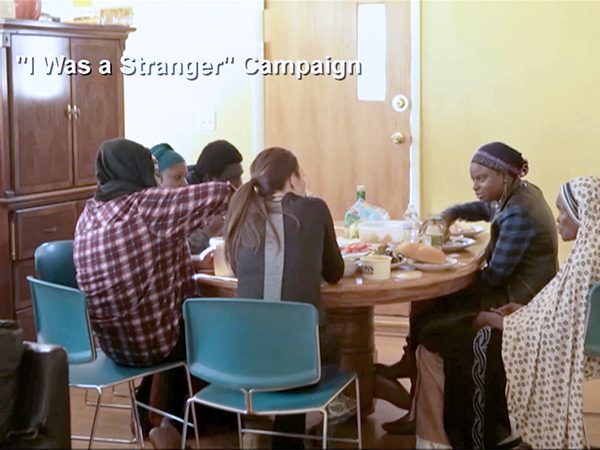 Excerpt from LDS Video Campaign: “I Was a Stranger”

SEVERSON: In March, LDS church leaders launched a campaign called “I Was a Stranger,” based on the biblical mandate to welcome the stranger, asking members to donate their time and efforts to the refugee cause. There was a huge response.

STEVENS: Certainly there is no expectation or hope that people are going to be converting as a result. I do hope in the end they have a warmer feeling about us, and they think those Mormons, they are good people.

NOUR BILAL: Don’t judge the Muslims. They are not all the same. The same thing happened with us, like, we thought American people, they not going to be nice with us or something like that. But no, when we start to know them they are really nice people.

SEVERSON: After five years, refugees like Kholoud’s family can apply for U.S. citizenship.

Earlier this year, at least 30 US governors said they don’t want Syrian refugees to come to their states. Conservative, red-state Utah, however, not only welcomes refugees but also, over the years, has resettled 60,000 of them. Correspondent Lucky Severson reports from Salt Lake City on why Utah has a history of welcoming strangers and what religious groups are doing to help out.