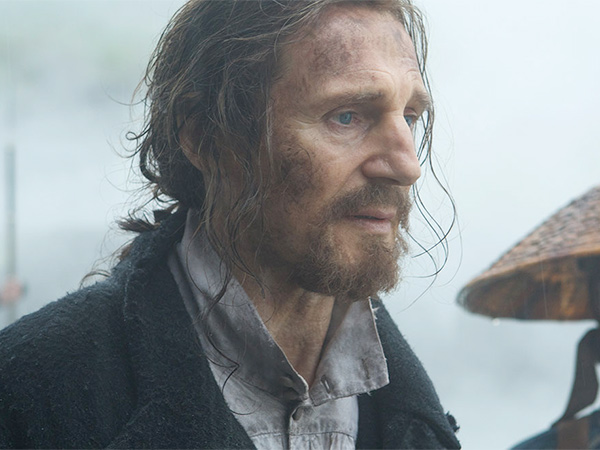 SILENCE (Paramount Pictures): Priest: “Ferreira is lost to us. He renounced God in public and surrendered the faith.” Rev. Garupe: “That’s not possible. Father Ferreira risked his life to spread our faith all over Japan.” Rev. Rodrigues: “It seems to me that our mission here is more urgent than ever. We must go find Father Ferreira.”

KIM LAWTON, correspondent: In Martin Scorsese’s intense new film set in the 17th century, two Portuguese Jesuits, Father Rodrigues and Father Garupe, are sent to Japan to investigate reports that their missionary mentor has renounced his faith. The priests discover the brutal persecution endured by Japanese Christians, who are pressured to commit apostasy by stepping on an image of Jesus.

SILENCE: Japanese Christian: “What should we do?” Rev. Rodrigues: “Trample. It’s all right to trample.” Rev. Garupe: “You can’t.”

LAWTON: Ultimately, the priests are faced with the same wrenching dilemma when the regime demands they commit apostasy in order to save local Christians from being tortured to death. 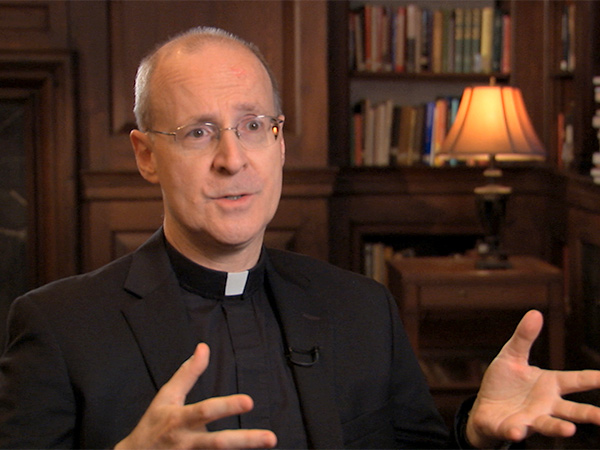 REV. JAMES MARTIN, S.J. (Editor-at-Large, America Magazine): Father Rodrigues finds himself under torture, being forced to apostatize, or to recant the faith, and if he doesn’t apostatize, people will be tortured—other Japanese Christians. If he does apostatize, then he feels like he's abandoned Christ, the most important person in his life.

LAWTON: Father Jim Martin, editor-at-large for the Jesuit America magazine, served as a consultant on the film.

MARTIN: Most movies deal with what I call “fake spirituality,” which is something goes wrong, the person believes in God or prays, and then suddenly everything is fine, or they feel fine. This [the movie Silence] is real spirituality, which is you can believe in God and stuff may still go wrong, right? And then what do you do?

SILENCE: Rev. Ferreira: “And what would you do for them? Pray? And get what in return? Only more suffering. Suffering only you can end. Not God. I prayed, too, Rodrigues. It doesn’t help. 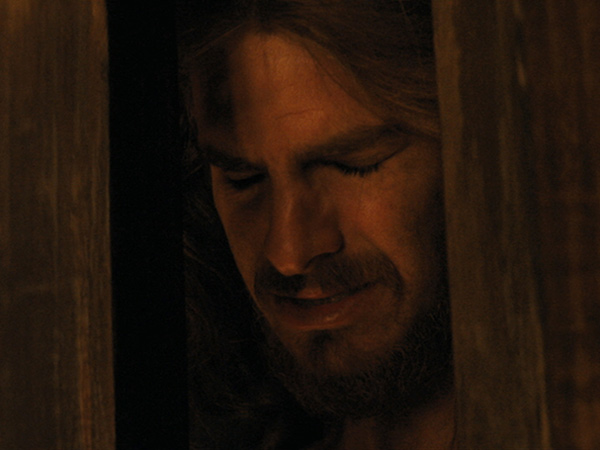 LAWTON: Much of the film focuses on Father Rodrigues’s relationship with God throughout his ordeal.

MARTIN: It is largely about God’s seeming silence on the part of the main character, Father Rodrigues. He wonders why people are suffering, and he also doesn’t have a whole lot of what we call consolation or direct experience of God in his prayer. And so he doesn’t feel God’s presence. It’s very common. We have someone like Mother Teresa, who went through an extended period of silence in her life. Even though she’s a saint and was very close to God, and God was close to her, she didn’t feel it interiorly.

LAWTON: The film also starkly depicts the suffering of Japanese Christians and the complexity of their faith struggles. One key character, Kichijiro, commits apostasy over and over again. 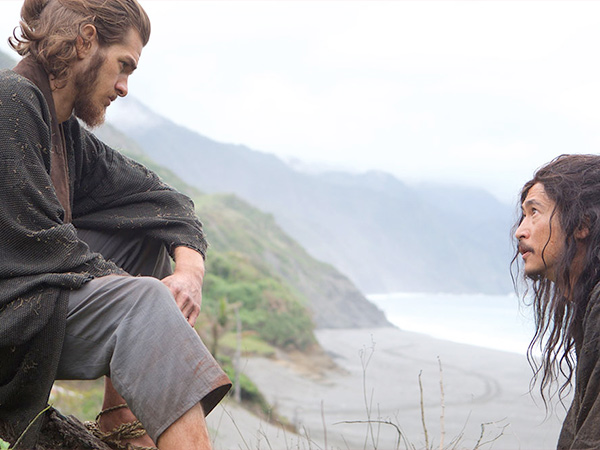 MARTIN: He keeps asking Father Rodrigues for forgiveness, and yet he is very human. At one point he says, “Why wasn’t I born at a different time? I would have been a good Christian.” And then at the end something happens to him, which I won’t reveal, which makes you realize he is a good Christian.

LAWTON: Silence is a passion project for Scorsese, who read the Japanese novel with the same name in 1989 and immediately wanted to adapt it for the big screen. Martin says Scorsese was motivated by his Catholic faith.

MARTIN: He is a man of deep faith, and he is someone who has wrestled with these themes and theological issues his whole life. They come out in his movies either implicitly or explicitly.

LAWTON: Scorsese’s 1988 movie, The Last Temptation of Christ, generated protests from some in the religious community who objected to a sequence where Jesus imagined having sex with Mary Magdalene. The Catholic bishops called it “morally offensive.” Scorsese screened this film [Silence] for Jesuits at the Vatican, and while he was there he and his family had an audience with Pope Francis. In an interview, Scorsese told Martin about growing up in an Italian Catholic family in the Lower East Side of New York City. 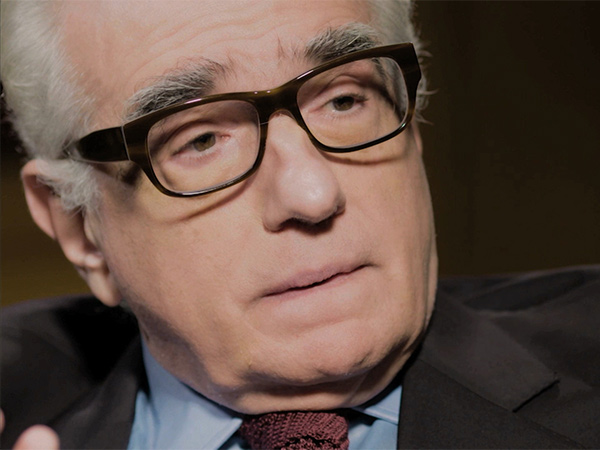 MARTIN SCORSESE (America Media interview): It was like a living organism, the whole place, and the church was the center.

LAWTON: Scorsese went to Catholic schools and was an altar boy. He said he even considered becoming a missionary himself.

SCORSESE (America Media interview): I was fascinated by stories of the missionaries when I was about eight or nine, 10 years old, and I wanted to become a Maryknoll missionary.

MARTIN: Is that right? What appealed to you about the missionaries of the Maryknolls?

SCORSESE (American Media interview): The courage, the testing, and the helping. I thought this was something that would be extraordinary.

LAWTON: Scorsese told Martin he sees Silence as an examination of the depth of faith.

SCORSESE (American Media interview): It’s the struggle for the very essence of faith, stripping away everything else around it. You have to find a relationship with Jesus, I think, with yourself really, because ultimately that’s the one you face. 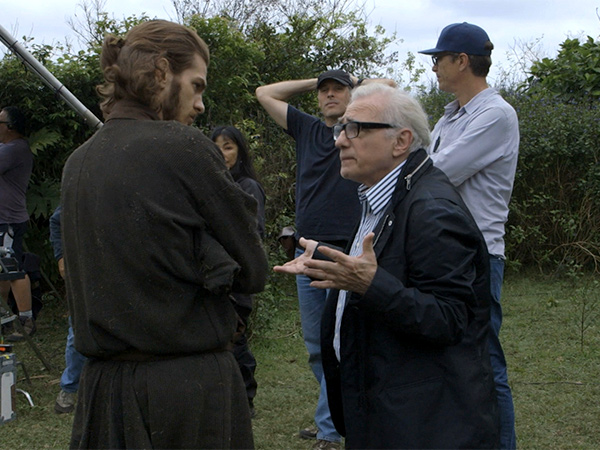 LAWTON: Martin read drafts of the script to help ensure that it authentically represented Jesuit beliefs. He also worked with some of the actors, especially Andrew Garfield, who plays Father Rodrigues. Over a period of several months, Martin led Garfield through a hallmark of Jesuit spirituality, the Spiritual Exercises of St. Ignatius.

MARTIN: The Spiritual Exercises of St. Ignatius are an extensive retreat, and they take you through the life of Christ, and they ask the retreatants to place themselves imaginatively in the Gospel scenes. So you are accompanying Jesus in your imagination, and through the Spirit, we believe, and you get a chance to meet Jesus one-on-one.

LAWTON: At one point in the film, Garfield’s character quotes directly from the Spiritual Exercises.

MARTIN: The film is very Jesuit. The Jesuits talked to one another as Jesuits would—or at least as I think Jesuits would. And the actors themselves know a lot about Jesuits, especially Andrew [Garfield]. I mean Andrew knows as much about Ignatian spirituality as any second-year Jesuit novice. 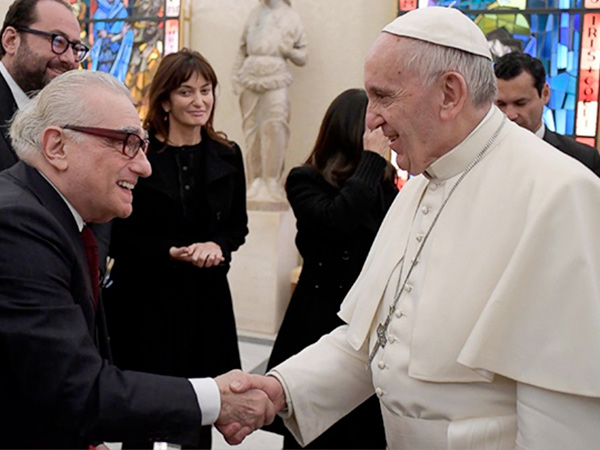 LAWTON: Many of those involved with the making of Silence say it was a deeply spiritual experience.

MARTIN (to Martin Scorsese): What's that process like for you spiritually?

SCORSESE (American Media interview): It’s a pilgrimage. We are still on the road, and it’s never going to end.

LAWTON: Martin believes the result is a rich portrayal of the beauty and the complexity of living out faith—something not often seen on the big screen.

Director Martin Scorsese’s new  film “Silence” tells the story of two Jesuit priests in the 17th century who are sent to Japan to investigate reports that their missionary mentor has renounced his faith. Rev. James Martin, SJ of America magazine, who served as a consultant on the film, talks with correspondent Kim Lawton talks about the religious themes in “Silence” and how the movie reflects Scorsese’s Catholic faith.