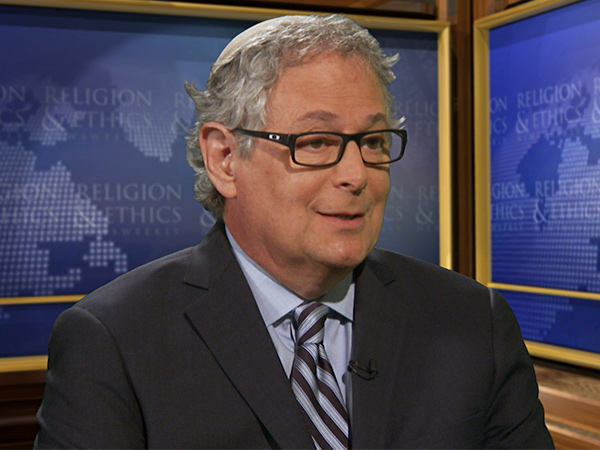 ABERNETHY: Joining me now to examine president’s executive orders and what many people of faith have said about them are managing editor Kim Lawton and Rabbi Jack Moline, president of the Interfaith Alliance. Welcome to you both. Rabbi, you have referred to some of the things that President Trump has announced as deeply un-American. What do you mean by that?

JACK MOLINE: Bob our country is founded on the notion that people can come from any place of oppression and find freedom here. And yet the president has lifted xenophobia to a level of a national value, which seems to me to be contrary to both our declaration of independence and everything that has followed.

MOLINE: Yes, particularly in the Muslim American community, there’s great concern that there’s going to be some sort of investigation of their personal lives and their personal practice of religious tradition. But others are afraid as well. People who are here with the presumption that they could work toward citizenship and now find themselves in danger. 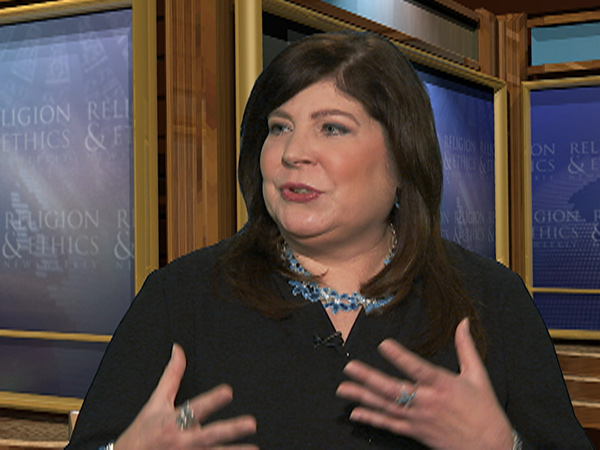 KIM LAWTON: It was interesting this week there were statements from a variety of religious groups, a lot of statements, a lot of reaction. There were some like the Catholic bishops and the National Association of Evangelicals who applauded President Trump on some of the abortion actions that were taken this week but were also critical of these issues, immigration, refugee resettlement. Many of these groups are very involved in that. How diverse of a coalition are you seeing?

MOLINE: I think it’s a pretty diverse coalition, Kim. And I think that although I am not an evangelical or a Catholic priest, and I’m not playing one on television, I think that their dedication to matters of supporting life gel very well with the more progressive denominations and their values of preserving dignity, and I think that is what is coming together.

MOLINE: Well, I’m always hesitant to use that term because it only brings the divisions in politics into religion. We all worship and we all struggle to find the right values that reflect both our particular and universal approach to life, but I’m hoping that the progressive values of religious tradition, the ones that tear walls down rather than building them up, are going to become the new norms.

LAWTON: You phrased a lot of these concerns in terms of religious freedom, which is also an issue that we’ve heard from conservatives in the campaign season. How do you see some of these actions affecting religious freedom and the practice of that? 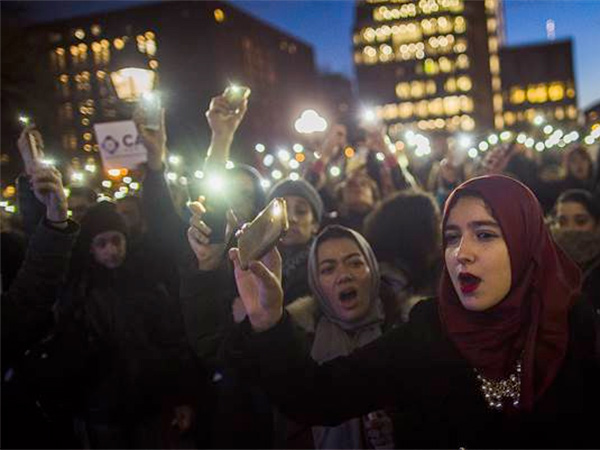 MOLINE: It’s pretty remarkable when you think that we have a government now that is trying to legislate what it means to be faithful, faithful to America, faithful to a particular religious perspective. We heard that in the pre-inaugural sermon that the president was presented with. And if you don’t fit into that pretty narrow definition of what it means to be an American religious person that has a chilling effect on your sense of being at home in this country.

LAWTON: And even some groups that had supported President Trump in the campaign season, voted for him perhaps, now have been expressing some concerns. Especially when you talk about treatment of Muslims there’s some concern about, well, if you restrict one group of people as you said, how might that affect us and people who have felt that the government maybe has been restricting them might be moving forward now, so it’s going to be interesting to watch.

MOLINE: I’ve been very pleased during the course of not just this transition but the campaign itself that there were people from all different segments of America who were standing up for the Muslim community and saying their religious faith is no more relevant than it is to someone who is a candidate for office who is protected in his faiths and beliefs by the constitution.

ABERNETHY: Our time is up, I’m sorry to say. Many thanks to Rabbi Jack Moline of Interfaith Alliance and to Kim Lawton of this program.

During his first week in office, President Donald Trump signed a series of executive orders on issues of particular interest to communities of faith—immigration, refugee resettlement, oil pipeline construction, and abortion. Host Bob Abernethy, R&E managing editor Kim Lawton, and Rabbi Jack Moline, president of the Interfaith Alliance, talk about how religious groups are responding. “We have a government now that is trying to legislate what it means to be faithful—faithful to America, faithful to a particular religious perspective,” says Rabbi Moline. “We heard that in the pre-inaugural sermon that the president was presented with, and if you don’t fit into that pretty narrow definition of what it means to be an American religious person, that has a chilling effect on your sense of being at home in this country.”