WASHINGTON, D.C./ NASHVILLE, TN — It’s been almost 14 years since the attacks of 9/11, and as the anniversary approaches, that event continues to dominate the narrative of U.S. relations with the Muslim world, both abroad and here at home. That has been made clear at numerous stops in our 21-day Senior Journalists Seminar.

On the foreign policy level, the War on Terrorism that began in response to 9/11 has become a key focus—and some say the sole focus—of American international engagement. The rise of ISIS has only expanded this.

At a Washington briefing by security and politics experts, Joseph Chinyong Liow, Lee Kuan Yew Chair in Southeast Asia Studies at the Brookings Institution, said this is especially true in the areas our seminar will be visiting in the next weeks, Malaysia and Pakistan.

“The perception in Muslim Southeast Asia is that the interests of U.S. foreign policy are primarily counterterrorism,” said Liow. “This is a source of great frustration in the region.”

Daniel Markey of the Paul H. Nitze School of Advanced International Studies at Johns Hopkins University told us one of the biggest challenges in relations between the U.S. and Pakistan is that “the U.S. sees Pakistan as coddling groups the U.S. sees as terrorists.”

Participants on the panel said because of this policy focus on counterterrorism, one of the issues that can get shoved to the bottom of the pile is advocacy for international human rights.

We put that question to Dan Nadel, acting director of the Office of International Religious Freedom in the Bureau of Democracy, Human Rights, and Labor, at the U.S. State Department. He said his office is tasked with ensuring that support for universal human rights, including religious freedom, “are effectively incorporated in our policy.”

Nadel acknowledged that while the U.S. has “a lot of different interests” around the world, countering terrorism and violent extremism remain major areas of concern in American diplomatic policy. I asked him how his office works to ensure that support for human rights doesn’t get lost in the shuffle.

“The onus is on us to explain why these issues matter,” he said, adding that human rights “underpin healthy societies and economies.” 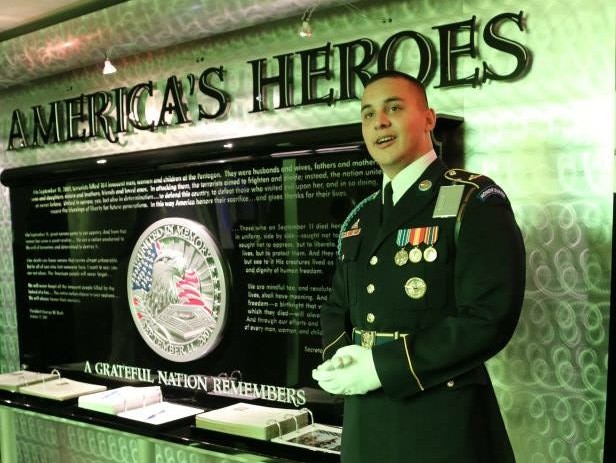 A visit to the Pentagon brought the discussion from policy back to the human level. Our group met in the Pentagon chapel, which did not exist prior to 9/11. As the part of the Pentagon destroyed by downed Flight 77 was reconstructed, the chapel was added to be a place of reflection and memorial for the 184 victims who died there that day. There are no religious symbols in the chapel. The stained glass windows have patriotic and military themes. Staff and workers in the Pentagon use it regularly for prayer and worship. In the hallway outside are displays honoring the victims.

One of those who met with us in the chapel was Zadil Ansari, an Islamic lay leader and officer in the Army. He worked at the Pentagon on 9/11 and personally knew some of those who were killed. Ansari talked about his grief over losing friends and seeing his workplace attacked. And as an American Muslim, he had the additional grief of learning that the perpetrators claimed to have shared his faith. “9/11 affected all of us,” he said.

According to Ansari, in the days and years that followed, “concern about blowback was real” for Muslims in the U.S. military. He said there was even some talk of reexamining all Muslims in military service.

“Thank God for the leadership of the DOD [Department of Defense],” which did not move forward on that, Ansari said. 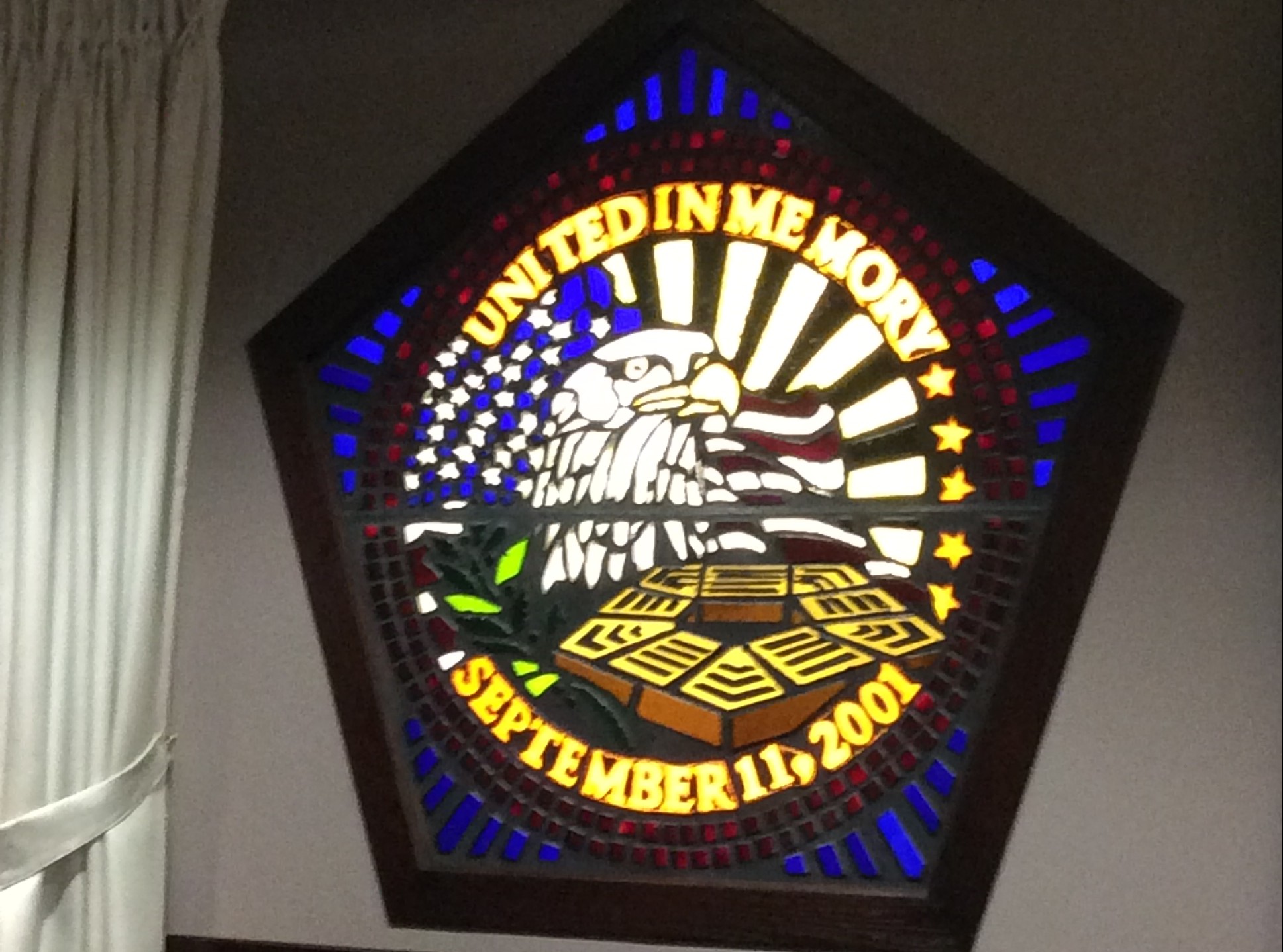 Although there have long been accusations that the military gives special preference to Christianity, the official policy of the DOD is tolerance for all people of faith.

Ansari said he has seen that since 9/11. Just days after the attack, while the Pentagon was still smoldering, he said Muslims were allowed to hold Friday Juma’h prayers in a tent on the grounds. Fourteen years later, Juma’h prayers are held every week in the Pentagon chapel, sometimes under the startled stares of tourists watching through the windows,

“It shows the greatness of our country,” Ansari asserted.