LAHORE, Pakistan — They follow the teachings of the Quran, revere Muhammad as the prophet of Allah and pray five times a day facing Mecca. But in Pakistan, Ahmadis are officially designated non-Muslims, and they suffer what one leader described as “egregious and ongoing” persecution. 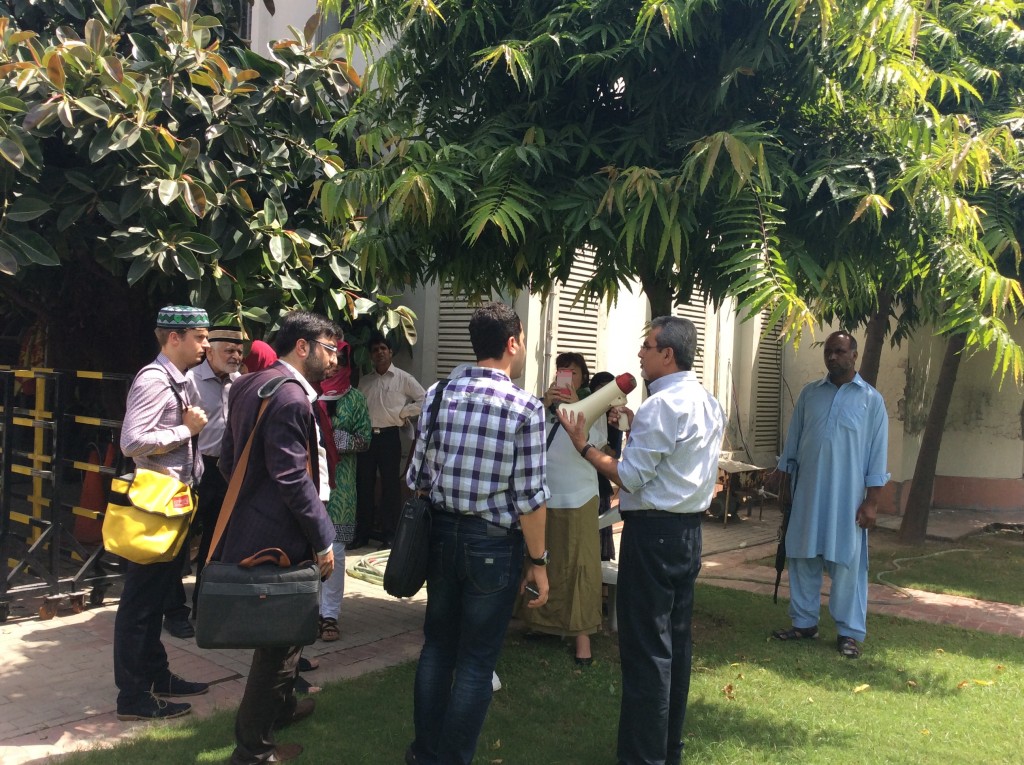 In Lahore, Pakistan, our Senior Journalist Seminar visited the Jamaat-e-Ahmaiya center. On May 28, 2010, it was the site of the single worst attack against Ahmadis in Pakistan’s history. Under the protection of heavily-armed guards, an Ahmadi leader described for our group how gunmen stormed the compound during Friday prayers, opening fire. A simultaneous attack occurred at another Ahmadi prayer service in the city. Eighty-six people were killed, and more than 100 injured.

Religious minorities in Pakistan, including Shi’a Muslims, Christians and Hindus, routinely face violence and discrimination. But there are specific measures in the constitution and criminal code that target Ahmadis, and the community suffers severe social discrimination.

Why are Ahmadis hated so much? Because of their theology. 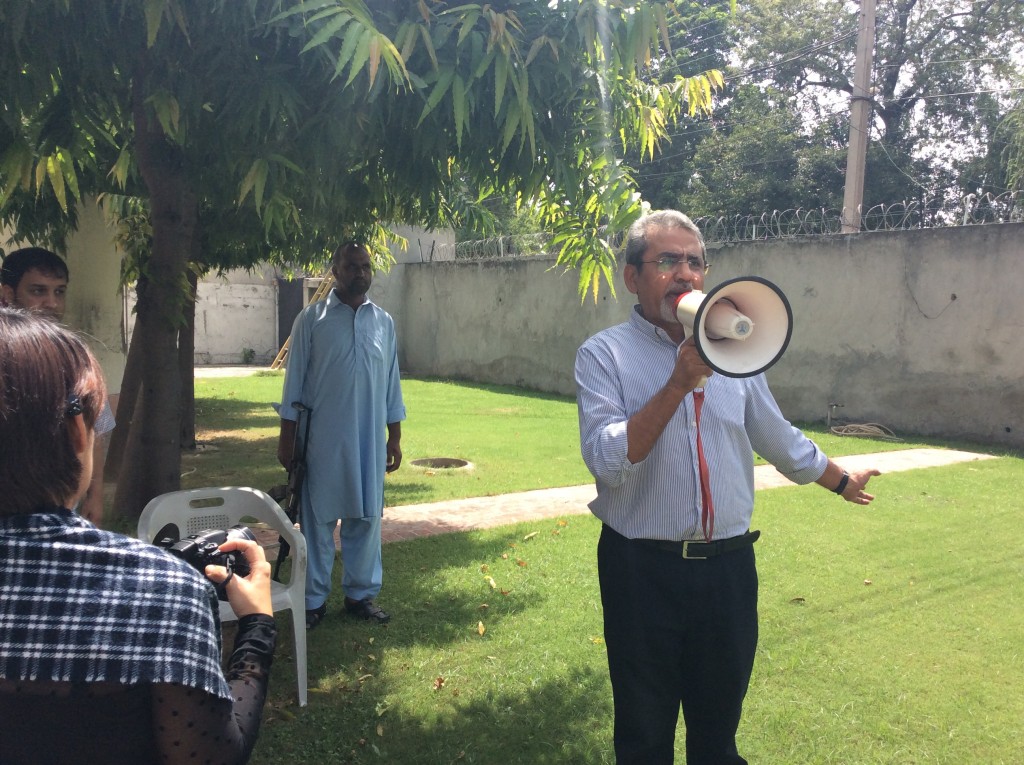 The Ahmadiyya Muslim Community was founded in 1889 by Mirza Ghulam Ahmad, who claimed to be the promised mahdi or messiah who would come in the end times to guide Islam back to its true path. This is highly offensive to traditional Muslims who believe that Muhammad was the final prophet of Islam—so offensive, in fact, that most traditional Muslims believe it disqualifies Ahmadis from being considered true Muslims.

Pakistan is home to the largest population of Ahmadis in the world, between two and four million. Beginning in 1974, Pakistan adopted a series of laws declaring Ahmadis to be non-Muslims and forbidding them to “pose as Muslims.” Ahmadis are not allowed to call their houses of worship mosques, and they may not attend the annual pilgrimage to Mecca, the hajj.

Ahmadis are marginalized in national elections. In applying for a passport or national ID card, all Pakistanis must sign an oath rejecting Mirza Ghulam Ahmad and affirming that Ahmadis are non-Muslim.

“The nature and impact of the persecution is almost unbelievable,” one Ahmadi leader told our group, adding, “the state can’t define my beliefs.” 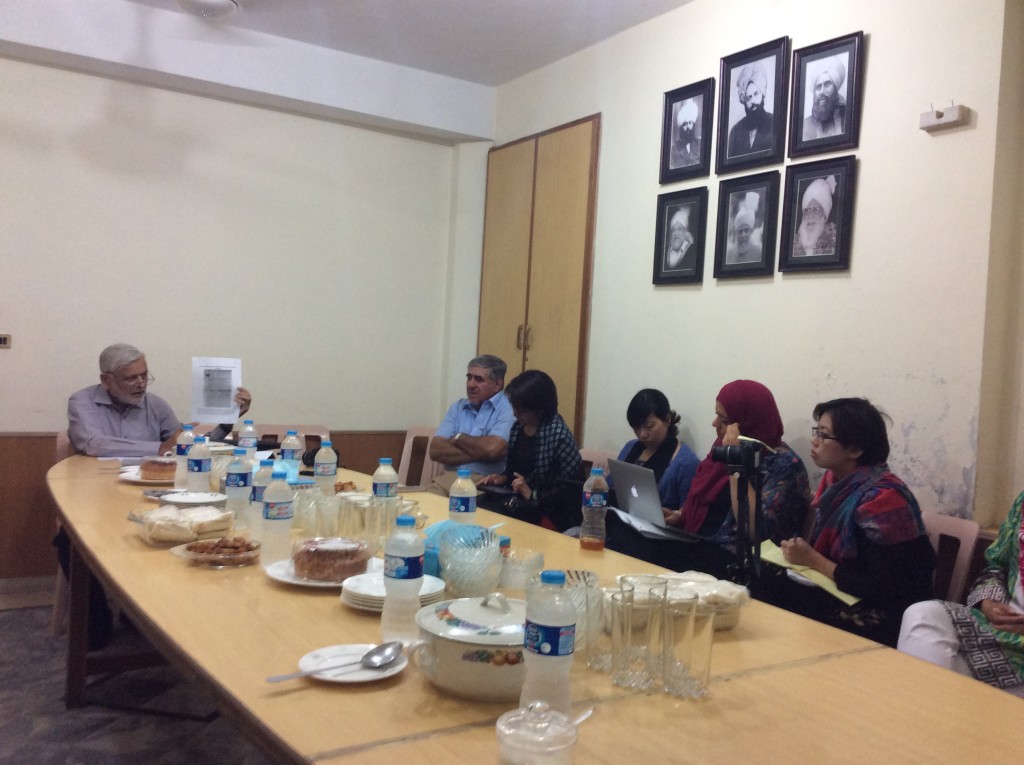 In addition to repression by the government, Ahmadis are frequent victims of sectarian violence and hateful propaganda. The Lahore community obtained a document distributed by a local mullah that listed hundreds of names of Ahmadis, along with their addresses and phone numbers. The document declared that killing them “is a pious act.” And indeed, hundreds of Ahmadis have been killed, and few of the perpetrators have been prosecuted.

Our group saw firsthand the pervasive nature of the rhetoric against Ahmadis. At a madrassah we visited, there was a sign advertising an anti-Ahmadi conference. And at the tomb of former Pakistani leader General Zia ul-Haq, someone had affixed an anti-Ahmadi sticker.

The Ahmadis recognize their beliefs are controversial, but say they won’t back down. “I may believe a wrong belief, but do I deserve this treatment?” asked one leader. “You are free not to accept it, but you can’t make me not accept it.”

The U.S. government continues to raise concerns about the plight of the Ahmadis with Pakistani officials. According to the 2015 report of the U.S. Commission on International Religious Freedom, “Pakistan represents one of the worst situations in the world for religious freedom.”

Watch my Religion & Ethics NewsWeekly story about Ahmadis in the U.S.