KUALA LUMPUR, Malaysia — As we proceed on our around-the-world trip, my Senior Journalists Seminar colleagues and I have been continually reminded about the political realities of obtaining visas for foreign travel.

A total of 17 journalists from 12 different countries were selected to be part of this 21-day fellowship. We come from the U.S., Afghanistan, China, Egypt, India, Iran, Iraq, Kuwait, Malaysia, Pakistan and Palestine. Several of our fellows have had major difficulties in getting visas for various legs of our journey. 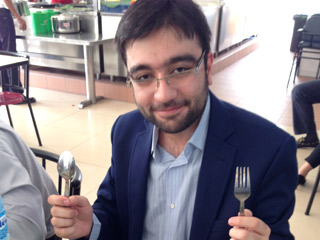 I shared in my first blog post that the journalist from Iran, Kourosh Ziabari, of the Tehran Times, had not received his visa to come to the U.S. The State Department came through for him, and he was able to join our group in Hawaii, about eight days into the trip.

We are now in Malaysia and will shortly head to Pakistan. But four of our journalists will not be traveling on with us because they have not been granted visas to enter Pakistan. Two are from Palestine. One of them, Muamar Nakhla of Wattan Media in Ramallah, told me they haven’t been given a reason why. 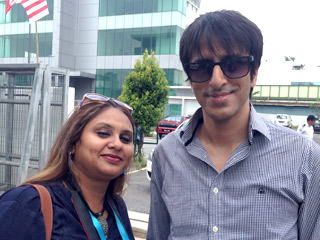 The other two are from India: Chaitali Roy, who actually lives in Kuwait and writes for the Arab Times Kuwait, and Sameer Khatlani of The Times of India in New Delhi. One Pakistani official told Chaitali it was a “bureaucratic” issue. But, of course, Pakistan and its neighbor India have longstanding political tensions.

The issuing of visas can indeed get wrapped into political disputes. Some predominantly Muslim countries, for example, won’t give visas to tourists with an Israeli stamp in their passports.

Our team is frustrated and sad that all of us won’t be completing this journey together. We have been enriched—and challenged—by sharing our very diverse experiences and perspectives. As we’ve clearly seen in the last couple weeks, traveling can build bridges and help promote better understanding. And that is certainly needed in places where political divides too often prevail.