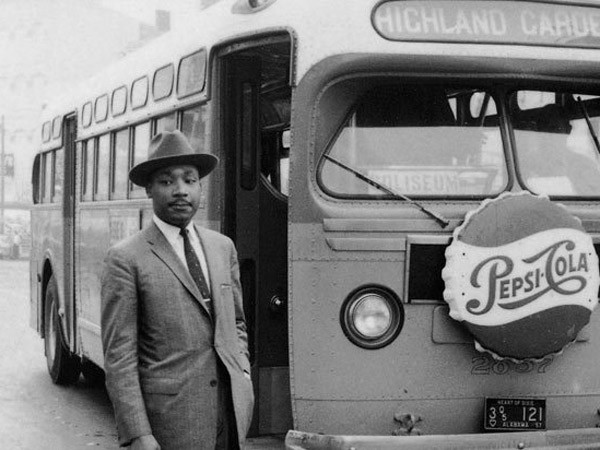 This week (December 1) marked the 60th anniversary of the Montgomery bus boycott, a pivotal event in the civil rights movement. Religious, community, and political leaders—including Hillary Clinton—gathered in Montgomery, Alabama, to mark the anniversary. The boycott began after activist Rosa Parks was arrested for refusing to give up her seat on a segregated bus. The boycott was organized by local ministers, including Martin Luther King, Jr. It ultimately helped end segregation.

Watch our stories on Montgomery’s bus boycott and on Rosa Parks.