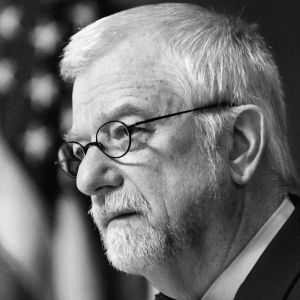 During his 21 year tenure as president of WNET in New York, America’s flagship public broadcaster, Baker raised over one billion dollars for the station.  As a commercial broadcaster, Baker helped start many cable networks, launched both Oprah Winfrey and Charlie Rose, and helped start the Discovery Channel and the Disney Channel.  He was president of Westinghouse Television and Chairman of Group W Satellite Communication.

He is the recipient of seven Emmy Awards, two Columbia Dupont Journalism Awards, and is the executive producer of the theatrical film and PBS documentary, The Face: Jesus in Art.  He is co-author of the book Leading with Kindness (American Management Association, 2008) and hosts the series of the same name on public television.  Baker is also the co-author of Every Leader is an Artist (McGraw-Hill, 2012), and Down the Tube: An Insider’s Account of the Failure of American Television (Basic Books, 1998).

He holds a B.A., M.A. and Ph.D. from Case Western Reserve University, and seven honorary doctorates from universities in America and Europe. His interests include astronomy, horology, and polar science, and he is believed to be the eighth person in history to have stood on both the North and South Poles. 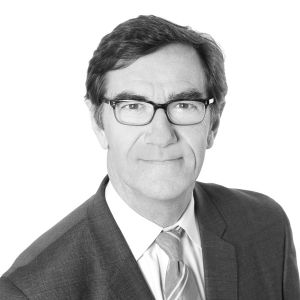 At WNET, he has executive-produced PBS documentary series such as Ascent of Money and The War of the World, both with Niall Ferguson; Extreme Oil; Red Gold: The Epic Story of Blood; individual documentaries such as Srebrenica – A Cry From The Grave; David Grubin’s Kofi Annan: Center of the Storm; Walter Cronkite’s last two documentaries City At War: London Calling and Legacy of War; the films of Frederick Wiseman; films by Roger Weisberg including the Academy Award-nominated Sound and Fury; Worse Than War with Daniel Goldhagen, directed by Mike DeWitt; Orchestra of Exiles by Josh Aronson; It’s A Hard Knock Life: Annie by Joshua Seftel; and Shakespeare Uncovered, produced by Richard Denton. This unique series brings the personal passions of its celebrated hosts to tell the stories behind Shakespeare’s greatest plays.

He created the international documentary series Wide Angle and the investigative journalism series Exposē for PBS. In 2011, he was Executive-in-charge of the multiple award-winning documentary series Women, War & Peace – produced by Abigail Disney, Gini Reticker and Pamela Hogan – the first series ever to consider war, conflict and peacemaking from the point of view of women as combatants, casualties and peacemakers.

Since 2010 Segaller has developed and launched several multi-platform reporting initiatives, distributed on national and local television, on public radio, and online. Blueprint America explored the national infrastructure crisis across 20 hours of content. Chasing the Dream, an exploration of poverty, income inequality and opportunity, is in production in 2015, and includes national primetime documentaries, local coverage, online webisodes, and collaboration with the public radio series, On The Media.

In 2013, Segaller helped oversee the expansion of the PBS NewsHour broadcast tradition with a PBS NewsHour Weekend newscast on both Saturday and Sunday. The half-hour program is anchored by Hari Sreenivasan and produced at the Tisch WNET Studios at Lincoln Center. 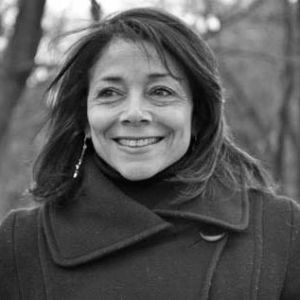 Julie Anderson is an independent filmmaker and producer. She was the Executive Producer of Documentaries and Development at WNET from 2012-2017. In that role, she was responsible for creating groundbreaking and innovative programming for PBS national broadcasts. Prior to WNET, Anderson was as a producer for HBO Documentary Films where she oversaw all aspects of production. As a filmmaker in her own right, she was nominated for the 2012 Academy Award for best short film for “God Is The Bigger Elvis.” She was the Supervising Producer of the Academy Award winning short film, “Big Mama,” and has won a combined five Emmy awards as a producer and director for ESPN, HBO Sports and HBO Documentary Films.