From Southern Ladies to She-Rebels 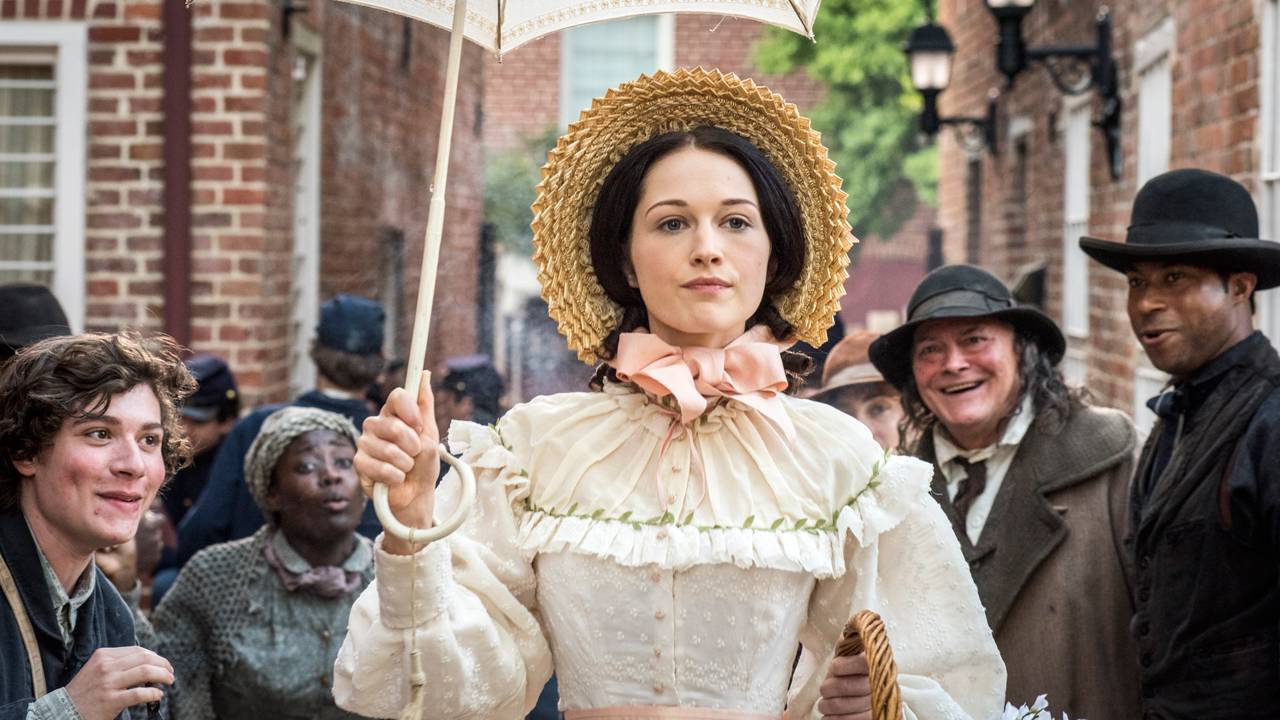 Emma Green, as seen in Episode 1

In this blog post, Jabour dives deeper into Emma Green’s “rebelliousness” and provides context into changes in traditional definitions of southern femininity for many white women in the Civil War South.

From Southern Ladies to She-Rebels: Young Women in the Confederate South

“This rebelliousness! Where does it come from?” exclaims Jane Green in response to her headstrong daughter’s stubborn determination to work at Mansion House Hospital. The Greens’ consternation at eighteen-year-old Emma Green’s “unladylike” behavior was a common occurrence in the Confederacy.  In the Civil War South, growing numbers of white women embraced the Confederate cause as their own and, in defense of southern independence, cast aside traditional definitions of southern femininity.

The Civil War forced a major crisis in southern culture, pitting the ideals of southern ladyhood and southern independence against one another. Prior to the conflict, southern femininity and regional loyalty were not only consistent with each other, but were also mutually reinforcing. Pro-slavery theorists defended the supposedly "natural" hierarchy of white over black by comparison with another so-called "natural" hierarchy: the subordination of women to men. Moreover, they argued that the presence of slavery elevated the position of white women, placing "the southern lady" on a pedestal that rested on the bent backs of enslaved African Americans. The presence of southern ladies, then, demonstrated the alleged superiority of southern society and its “peculiar institution,” slavery. By accepting their own position in southern society, elite white women quite literally embodied the southern defense of slavery.

The Civil War changed this situation, however. Southern loyalty prompted many white women to reject old standards of elite femininity, in which submission to authority had been an indispensable requirement. According to one antebellum authority on ideal femininity, proslavery writer George Fitzhugh, women gained men's love, affection, and protection by being "weak, helpless and dependent"; any woman who became "masculine or rebellious" forfeited her claim to protection. Yet in wartime, many southern girls rebelled not only against the Union, but also against this definition of ideal womanhood. If the South was to reject “Yankee” rule, they reasoned, then southern women also should resist Union authority. Because they adopted the cause of southern nationalism so thoroughly, and because they so unquestioningly accepted the aim of the Civil War as “perfect independence,” Confederate women adopted the ideal of “liberty and independence” for themselves as well as for their beloved country. In the process, “rebel ladies” subverted traditional expectations of southern womanhood at the same time that they fiercely defended Confederate nationalism.

While white women throughout the Civil War South gained a reputation for their fierce Confederate loyalty and their “unladylike” hostility to Union troops, this trend was most marked for young women in Union-occupied homes, plantations, and towns—that is, for girls like Emma and Alice Green.  Teenagers encountered the disruptions of wartime at a critical moment in their own development, when they stood at the brink of womanhood and contemplated their uncertain futures in the midst of wartime upheaval.  The unwanted presence of federal troops offered young women daily opportunities to display their rebelliousness.  For many, the spirit of Confederate nationalism authorized their outspoken rebellion against Union authority—and, eventually, even their rejection of parental guidance.

During the Civil War, young white women confronting Union invasion and occupation filled their diaries with expressions of unladylike rage and unfeminine bloodlust. Furious when Union soldiers invaded her beloved plantation, Bel Air, in May 1862, Virginian Lucy Buck pronounced herself "so weary and exhausted with rage that I could scarcely drag myself up to my room tonight." While her mother counseled restraint, the nineteen-year-old was unable—or unwilling—to suppress her anger at the idea of having "a houseful of Yankees." "Ma tells me it is so wicked to allow my passions to get such an ascendancy over my better feelings," she worried, "but I cannot help it—it seems as if I am possessed of an evil spirit as well as surrounded by them."

While Lucy Buck confined her sentiments to the pages of her diary, other young women did not.  New Orleans resident Emma Holmes spent forty-five minutes giving the Union officers who invaded her home a severe longue-lashing.  “Oh how I enjoyed being able to relieve my bottled wrath and show the spirit which animates the Southern women,” she rejoiced.  Emma attempted to convince herself that she had reconciled patriotism with propriety: “I did not forget my character as a lady,” she reassured herself.  But the young woman knew that she had in fact violated the rules of womanly modesty, adding that the men she insulted probably judged her “bold, conceited, and impudent.”

Tennessean Ellen Renshaw House typified many young women's growing outrage against the "blue devils" who occupied her hometown, Knoxville, in 1863, shortly after her twentieth birthday. Despite repeated resolves to "behave as a lady," Ellen, who described herself as a "very violent rebel," found that her identity as a "She Rebel" could not be reconciled with the behavior of a southern lady. Surrounded by Union soldiers, Ellen refused to treat them with politeness, as strictures of ladylike behavior demanded, even in trying circumstances. "I can[‘]t contain myself," she explained. "I say all sorts of things about all their officers & men . . . and say every thing impudent that comes into my head." Indeed, Union soldiers found Ellen House’s behavior so threatening that in April 1864, they ordered her to leave the state and go south.

Mississippian Victoria Batchelor also gained a reputation for her “long tongue,” which she employed with striking effect during her encounters with the Union soldiers occupying both Vicksburg and the Batchelors’ home.  Indeed “Miss Vic” achieved fame—or infamy—when a Union commander published an article about this “stubborn traitor.”  “Vic is 18, and by no means pretty,” the disgruntled officer wrote, “but her people think so, and are happy in her accomplishments.  She can sing and play and do worsted work and use her tongue very glibly; and she is peculiar in the employment of sarcasm and [a] thorough enumerator of hate.”  Victoria Batchelor let no opportunity slip “to openly denounce and abuse” the occupying forces, the author explained; she invited the soldiers into the family parlor only to sing them Confederate anthems.  Indeed, the Mississippi teenager was “a fair specimen of a she rebel,” the author wryly concluded.  Far from being rebuked for her unladylike behavior, the young “she rebel” received affirmation for it.  “Her people gazed at her with the utmost admiration,” commented the astonished officer,” laughing heartily at her every denunciation of Yankees.”

When their families did not support them, many “rebel girls,” like Emma Green, concluded that their opposition to “subjugation” to the Yankees authorized them to reject parental authority as well as federal power. Eliza Frances Andrews, who turned twenty-one the year the Civil War began, reported “awful family rows” in her Georgia household, in which all the children were “determined Rebs,” the father was a staunch Unionist, and the mother attempted in vain to maintain family harmony by enforcing a rule of avoiding political discussions at home. Despite this stricture, Andrews often spoiled her father’s evenings by relaying war news—complete with her violently anti-Yankee sentiments—at the dinner table.  “Poor, dear, old father,” she reflected late in the war, “my conscience hurts me to think how I have disobeyed him and gone against his wishes ever since the war began.”

Mercy Street contains many scenes in which Emma and Alice Green abandon ladylike modesty and exhibit rebellious behavior.  Modeled on real Civil War letters and diaries—many of which I read in the course of research for my book Scarlett’s Sisters—these are some of my favorite scenes in the show!