Mourning in the Civil War Era 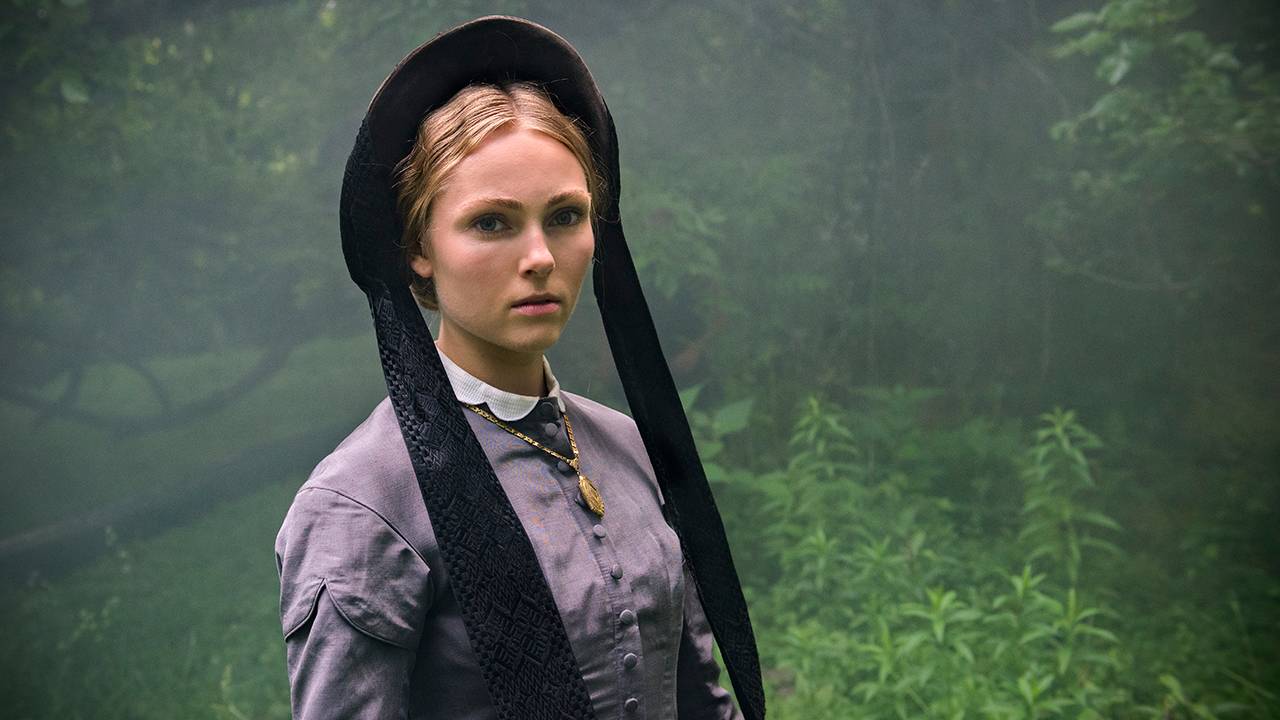 Alice Green, as seen in Episode 5

In this blog post, Jabour reveals how most Americans in the Civil War era struggled to maintain familiar mourning rituals in death’s aftermath.

Mourning in the Civil War Era 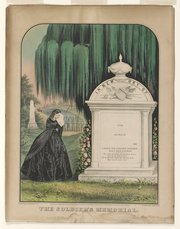 Much of Episode Five: The Dead Room, revolves around the grim wartime reality of sudden death. In the Civil War South, death was omnipresent. Nineteenth-century Americans, who cherished the ideal of a “good death”—a deathbed scene complete with an adoring family, wise counsel, fond farewells, and assurances of eternal salvation—struggled to grapple with death on an unprecedented scale during the war years.

The number of soldiers who died during the Civil War was equal to—perhaps even greater than—the total U.S. deaths in the American Revolution, the War of 1812, the Mexican War, the Spanish-American War, World War I, World War II, and the Korean War combined. In addition to approximately 600,000 soldiers’ deaths—both on the battlefield and in the hospital—an estimated 50,000 civilians lost their lives in the conflict. 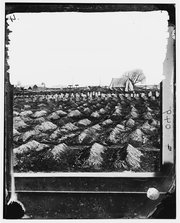 Both dismemberment during battle and decay on the battlefield during the often-lengthy interval between death and recovery challenged Civil War-era Americans’ ideas about the “good death.” Bodies were often buried where they fell, often in mass or unmarked graves, although at least in some instances—usually involving officers—some attempt was made at a funeral service.

“Day-before-yesterday, a man of Company I died of chronic diarrhea. I had a hole dug in the ground by dint of persuasion and threat, about three feet deep, then put some poles upon the bottom, then deposited the poor fellow with clothes all on, including overcoat and shoes, and drew his blanket around him, while cracker box covers formed the ends of his narrow house.

A handful of straw scattered upon the top, and mother earth covered the mortal remains of [twenty-two-year-old] Chester G. Alger -- a man beloved by all who knew him -- a man beloved of God -- a man who... performed his part of a soldier well.

Poor fellow, he has made his last march; he has travelled his last weary step, and now, upon the other side of the river, he is borne on Angel's

For many Americans who lost a loved one to the war, securing the return of the body—or, failing that, a detailed account of the departed’s final words and state of mind—was essential to come to terms with the death and begin the mourning process. Indeed, it was in the Civil War era that some enterprising businessmen developed the techniques of embalming that allowed them to preserve bodies and ship remains back home—for a price.

Many Americans traveled great distances to find the graves of their loved ones and recover their remains. The goal was to re-bury the deceased in the family cemetery and to honor the dead with a proper funeral service, as Mrs. Fairfax wished to do for her son, Tom. The scene depicted here, the funeral of Confederate cavalry captain Willian D. Latane, only approximated such a service, as it lacked a clergyman to deliver a final benediction.

While wartime conditions might prevent them from practicing their ideal of the “good death,” most Americans in the Civil War era struggled to maintain familiar mourning rituals in death’s aftermath. Women bore most of the burden of mourning the dead. Customarily, widows mourned husbands for more than two years, mothers mourned children for one year, and sisters mourned brothers for six months. In the Civil War South, where nearly one out of five white men of military age lost their lives, mourning could be an almost constant state of being. Progressing from the all-black head-to-toe ensembles of “heavy mourning” through the black gowns and white gloves and collars of “full mourning” and finally to the greys and purples of “half mourning,” white southern women announced their grief through their clothing. Wartime shortages prompted some women, unable to purchase the preferred black baize, bombazine, crepe, silk, and grenadine fabrics, to dye their wardrobes black in order to respect the traditions of mourning. (By contrast, men’s outward expressions of grief were limited to black hatbands or armbands.) 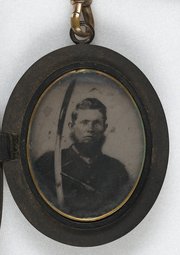 Even accessories announced mourning; while in heavy mourning, women frequently appeared draped in heavy veils; in subsequent stages of mourning, they wore special mourning jewelry fashioned of jet or other black, matte-surfaced materials. The principal exception to jet jewelry was hair jewelry. Elaborately fashioned from locks of the deceased person’s hair, hair brooches, pendants, bracelets, and rings allowed the survivor to keep a portion of their departed beloved one close.

Mercy Street reminds viewers that the advances of the Civil War era—freedom for African Americans, enhanced opportunities for women, and medical advances for doctors, nurses, and their patients—came at great cost.

Photo credits:
All images from Library of Congress.